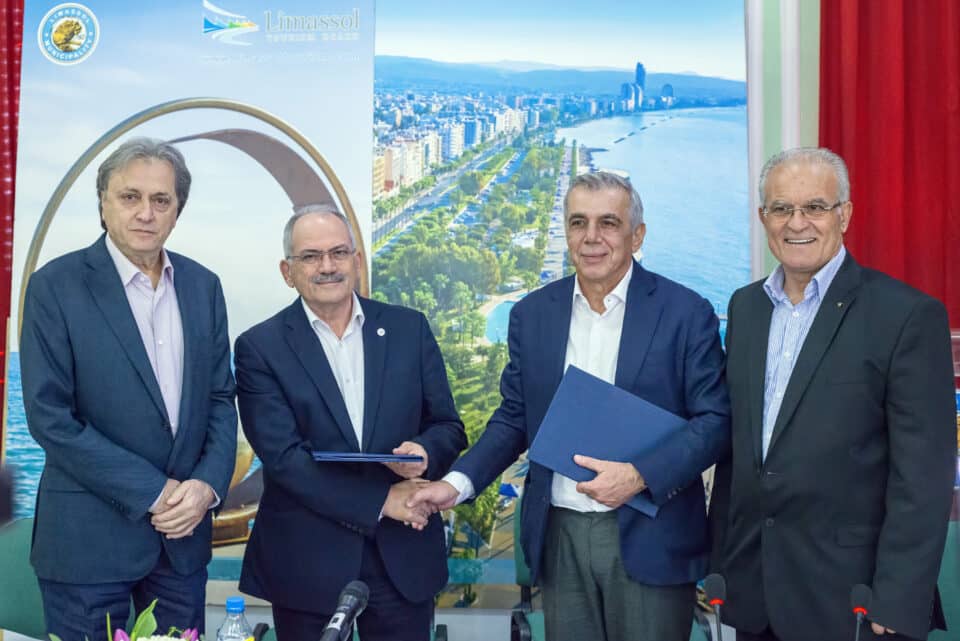 Limassol municipality, Limassol chamber of commerce and industry (Evel) and Etal on Thursday signed a cooperation agreement with the contractor that will undertake the organisation of the Opap Limassol Marathon, set for March 18 and 19, 2023.

The agreement, which does not include Olympia Sports Club (GSO), will support DMC-SAS Event Ltd for the organisation of the marathon for the next five years with the prospect of renewal, from year to year and for the next five years, said Limassol Mayor Nicos Nicolaides, who once again called on GSO’s board to return to the memorandum of cooperation signed by the city’s four bodies.

According to Nicolaides, the agreement with the contractor provides that the expenses will be borne by the company, which will pay to the four entities the amount of €20,000 as consideration for their support, while this amount will be increased by €1,000 for each subsequent event.

In addition, he noted, a quality control and coordination committee of the marathon will be created by the three bodies and the organising company, a committee, which will decide on the strategic development, quantitative and qualitative performance criteria of the marathon.

“The marathon has an excellent past and an even more successful future is predicted,” Nicolaides said, and called on the GSO to return “to its natural place together with the other bodies of the city”, indicating that “this is what the history of the association suggests and the door of cooperation is open and will not be closed”.

Meanwhile, president of Evel’s board of directors, Andreas Tsouloftas noted that the Limassol marathon was a major issue for the coastal town, both athletic and business, as it promotes the city worldwide.

“The event has a bright future, has already emerged as the biggest sporting event in Cyprus and we should preserve it to make it even better,” he said.

For his part, Etal’s President, Toni Antoniou, said they would try to bring in journalists of major sporting events, from abroad, in order to promote Limassol for tourism, in order to help the economy even more,”, and called on the GSO to realise that it is part of Limassol and should cooperate, as in the past, for the event.

Lastly, director of DMC-SAS and now officially director of the organisation of the Opap Limassol Marathon, Spyros Spyrou, said: “Our vision is that Limassol, with its straight and flat route on the coast road and by the sea, with the wonderful weather, will have one of the most popular marathons in Europe”.

“We managed to develop the Marathon in close cooperation with all the institutions of the city, led by the municipality and after 10 events we now have a marathon of 15,000 runners, compared to 70 runners that were in 2009 when we took over,” he added.

Spyrou said that so far 2,000 athletes have registered for the marathons, while this number is expected to increase.

“This response gives us a lot of optimism, as we didn’t do much of a projection as we waited for things to clear up and people were confused by what was being said and heard,” he said.

It remains to be seen whether the Athletics Federation of Cyprus (Koeas), after the departure of its member – GSO – from the event, will include the Limassol marathon in its championship, as was the case in previous years. However, Spyrou noted that the Limassol marathon is on the calendar of the international federation and that Koeas has been invited to participate free of charge, as in the past.

Limassol Marathon is the largest sports event in Cyprus with international recognition featuring six races and four parallel events. The 14th marathon took place earlier this year, after being cancelled for two years because of the pandemic.