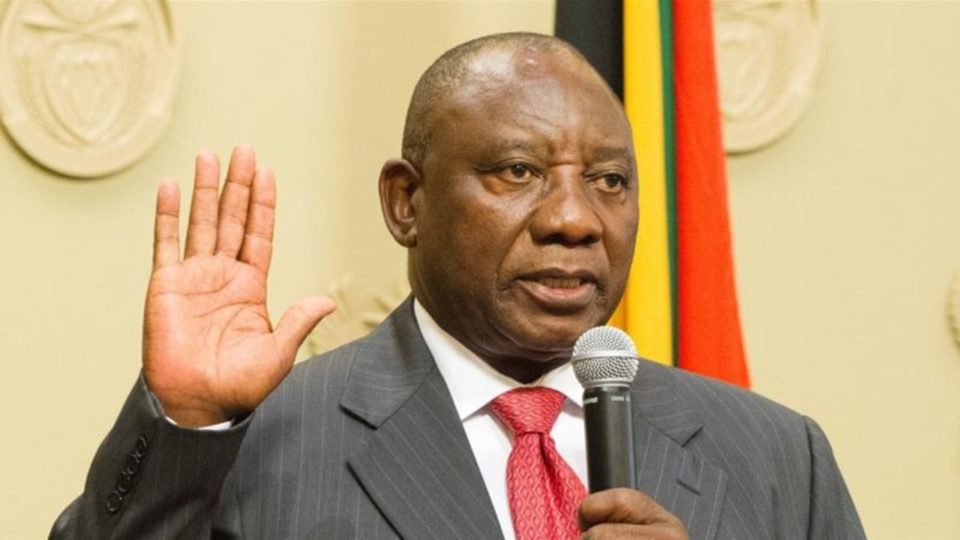 South Africa‘s ruling party said it would tell its lawmakers to reject a report that President Cyril Ramaphosa may have committed misconduct over a stash of cash in his farm, giving him a lifelineas he faced the biggest scandal of his career.

Almost simultaneously, Ramaphosa asked the country’s top court to throw out the independent panel’s findings over the “Farmgate” affair, which critics have said should force his resignation.

“The president continues with his duties as president of the ANC and the republic,” Paul Mashatile, Treasurer-General of the ruling African National Congress, said.

The inquiry panel appointed by the speaker of parliament looked into accusations that thieves had found large amounts of cash stuffed into furniture at Ramaphosa’s private game farm in 2020, and that he had failed to report it when they stole the money.

The theft raised questions about how Ramaphosa, who came to power on the promise to fight graft, acquired the money and whether he declared it.

Ramaphosa has denied wrongdoing and has not been charged with any crimes. The president has said the money was much less than the $4 million to $8 million reported, and that it was the proceeds of game sales at the farm.

The panel’s report, released on Wednesday, left him fighting for his political survival and raised questions over whether he would be able to lead the ANC into elections and secure a second term.

A copy of court papers filed by Ramaphosa’s lawyers in the Constitutional Court showed Ramaphosa wanted the panel report “reviewed, declared unlawful and set aside”.

Ramaphosa also wants any steps taken by the lower house of parliament, the National Assembly, over the panel report to be declared unlawful and invalid, the papers showed.

The National Assembly is set to debate the report on Tuesday.

“I submit that the panel misconceived its mandate, misjudged the information placed before it and misinterpreted the four charges advanced against me,” Ramaphosa said in his sworn statement to the Constitutional Court.

‘WERE WE UNANIMOUS? NO’

The ANC’s Mashatile said the decision by the party’s National Executive Committee to back Ramaphosa had not been unanimous.

“Were we unanimous? No, there were a lot of debates, but we had to end somewhere, and what I am reporting is where we ended. That we will not support this report,” Mashatile told reporters.

He said the decision was made in the best interests of the country and to secure stability, without going into further detail.

ANC lawmakers, who have the most seats in parliament,are now expected to vote against the report when it comes up for debate on Tuesday.

South Africa’s main opposition party, the liberal Democratic Alliance, said it had submitted a motion to dissolve the National Assembly and reiterated its call for an early election.

“Ramaphosa will survive,” Jakkie Cilliers, a political scientist at the Institute for Security Studies, said.

“Ramaphosa, I think, is now convinced that he needs to fight on because if Ramaphosa were to stand back the damage this will do to the ANC in the 2024 elections will be substantial.”

Investors fear uncertainty and that any other president could slow down or reverse economic reforms, increase government spending and take on more debt at levels they deem unsustainable.

“The conundrum for the ANC is that recent polls of its supporters show that President Ramaphosa remains its strongest drawcard for national elections,” JP Morgan analysts said in a note to clients.

Ramaphosa is due to delivering the keynote address at the opening session of the World Science Forum in Cape Town on Tuesday, his first public appearance as president since the report was released.