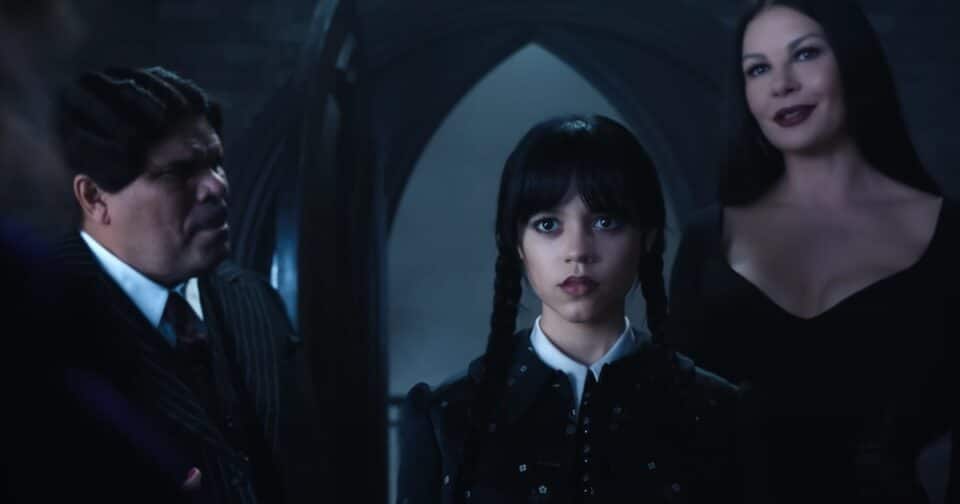 When you want something done right, you go to the experts. If you are looking for a movie with a guaranteed surprise twist at the end – is an expected twist still a twist? This will keep me up tonight – you ring the bell at the M Night Shyamalan residence. If you want big explosions, a non-sensical plot, over-the-top braindead popcorn fun with a flair for the comically patriotic and an inexcusable amount of female objectification, you, of course, ring the master of the craft, Michael Bay. And when you want a haunting comedy with a gothic feeling, you call Tim Burton.

Wednesday, the long-awaited spin-off series of the beloved Addams family franchise, dropped last week and had Netflix execs smiling from ear to ear in a Cheshire Cat-like smiles. Directed by Burton, the series was an instant huge hit, smashing viewership records held by the massively successful Stranger Things season 4, and seeing a return to form for Burton, who served as an executive producer and directed four out of the eight episodes.

The show tells the story of Wednesday Addams (played by the delightful Jenny Ortega), the daughter of iconic couple Morticia and Gomez. Emotionless, constantly annoyed and with an overflowing contempt for humanity, this bundle of cute misanthropy is expelled from her high school after troubling the waters. With piranhas.

Seeing no other option, her parents enrol her in the Nevermore Academy, a school specially created for outcasts. When there, Wednesday is faced with a string of mysterious murders and the far more terrifying challenge of getting along with fellow students.

It wouldn’t be a modern-day hit without an unhealthy amount of controversy. While the series has become a hit with audiences, critics have not shared that sentiment across the board. The show has been criticised for falling into the worn-out coming-of-age teenage drama tropes and for being more predictable than a Ryan Reynolds film. Quipping, guys, he is going to quip.

Love it or hate it though, Tim Burton’s newest project marks somethings of a resurgence of the goth culture and the horror that comes with it! If you liked Wednesday and want to delve into some more serious gothic horror series, or if you hated it and want something closer to the original, here are some suggestions for you!

The Terror is an anthology series that aired initially on AMC and told the story of the infamous expedition of Captain John Franklin, who, in 1845, sailed to find a northern passage to the Pacific Ocean through the Arctic. Commanding the ships Erebus and Terror, Franklin and his crew were cut off due to being stuck on the ice, and were never heard from again.

The Terror introduces a supernatural element in its telling of the story, trying to make sense of different pieces of information found about the mission.

Season 2 takes place in a Japanese internment camp in the US during the Second World War. Sticking with the supernatural element, it deals with a Japanese folklore legend coming to life to haunt the residents of the community.

Penny Dreadful has become the epitome of gothic horror simply by using almost every single character from gothic horror literature! Run for a total of three seasons, Penny Dreadful stars Eva Green as the enigmatic Vanessa Ives, a medium plagued by visions of demons and the underworld. Victor Frankenstein and the Frankenstein monster, Dorian Gray, Dracula, Dr Jekyll/Mr Hyde, and a host of other characters star in the series as Ives struggles to resolve her issues and battles the occasional monster.

Every single thing Mike Flanagan did

My love for director/producer Mike Flanagan is well-documented. When it comes to evoking gothic horror, Flanagan’s series is precisely what you want, and you have a variety of options: The Haunting of Hill House and The Haunting of Bly Manor are your go-to ghost stories, Midnight Club is a dark series about a group of terminally ill teenagers exchanging horror stories while Midnight Mass tells the tale of a preacher on a secluded fishing island who finds himself in the middle of an occult phenomenon.

When it comes to Flanagan, you can’t go wrong!

Who you gonna call? Lockwood & Co!