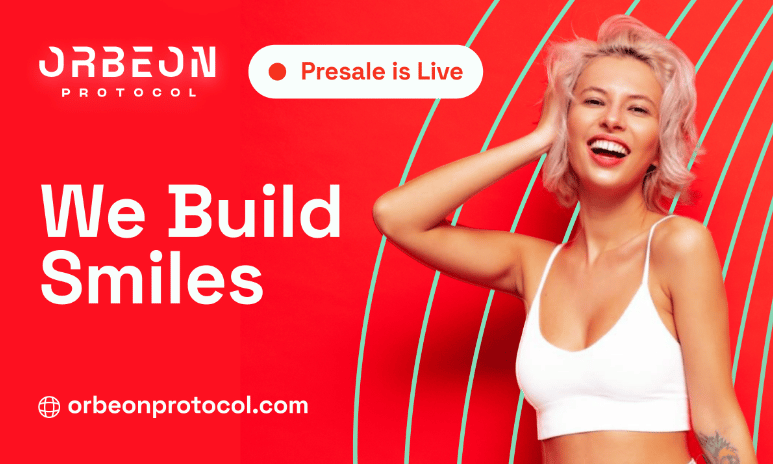 With lots of recent disruption across the cryptocurrency markets, as well as the recent start of the Fifa World Cup, we’re seeing many different moves being made between projects. One which has drawn a great deal of speculation from investors is Orbeon Protocol as it enters its second presale phase with 525% gains already recorded. Elsewhere in the market, holders are dropping Solana and Fantom in favor of other projects — but why?

Orbeon Protocol offers a unique proposition; it allows everyday investors previously blocked from investing in high-potential start-ups a way into the venture capital industry. In doing so, it also provides a big benefit to startups by opening up a new path to completing a round of funding.

The disruptive new investment platform is able to provide these benefits — and shake up the investment space in doing so — using equity-backed, fractionalized NFTs to allow for all investors to get involved in a funding round, which can also help build a passionate community around a business.

Fuelled by ORBN, the project’s utility token, Orbeon Protocol has shown it takes security and user safety seriously, having a “Fill or Kill” feature directly in the smart contract (successfully audited by Solid Proof) that ensures invested funds are immediately returned should a funding campaign not meet its goals.

For holders of ORBN, a range of broader benefits are also available, including access to private investor groups, the most sought-after funding rounds and voting rights on the governance of the platform. As well as this, ORBN has been forecasted to surge by over 6000% due to its innate utility and backing by a strong project.

While Solana has shown a great deal of potential as a so-called “ETH-killer”, it’s seen some significant problems as a result of its downtime. While Ethereum (ETH) boasts constant uptime since its launch, Solana has regularly required developer intervention to resolve technical issues that have caused transactions to grind to a halt.

Solana is also under increased scrutiny as a result of the collapse of FTX and the large investments made by Sam Bankman-Fried in Solana. With so many gray clouds above the project, it’s no wonder that holders of Solana have been looking for an escape.

Fantom – Has the project lost direction?

Fantom saw some significant highs this time last year but has failed to capitalize on them with the price of Fantom now down 95% over the last 12 months. With the departure of figurehead Andre Cronje and a decreasing amount of daily transaction volumes over 2022, Fantom holders are looking to switch to a project showing more hope for the future. Despite this, some Fantom holders remain optimistic. Fantom has seen a recent rally, rising by 3% despite tumultuous market conditions.

While both Solana and Fantom have their issues, the strength of the Orbeon Protocol is causing holders of even the most successful projects, like Solana and Fantom, to switch over. With high potential for growth, as well as predictions from market analysts of a 60x price rise during the presale, we’re likely to see the trend of investors moving to Orbeon Protocol continue.