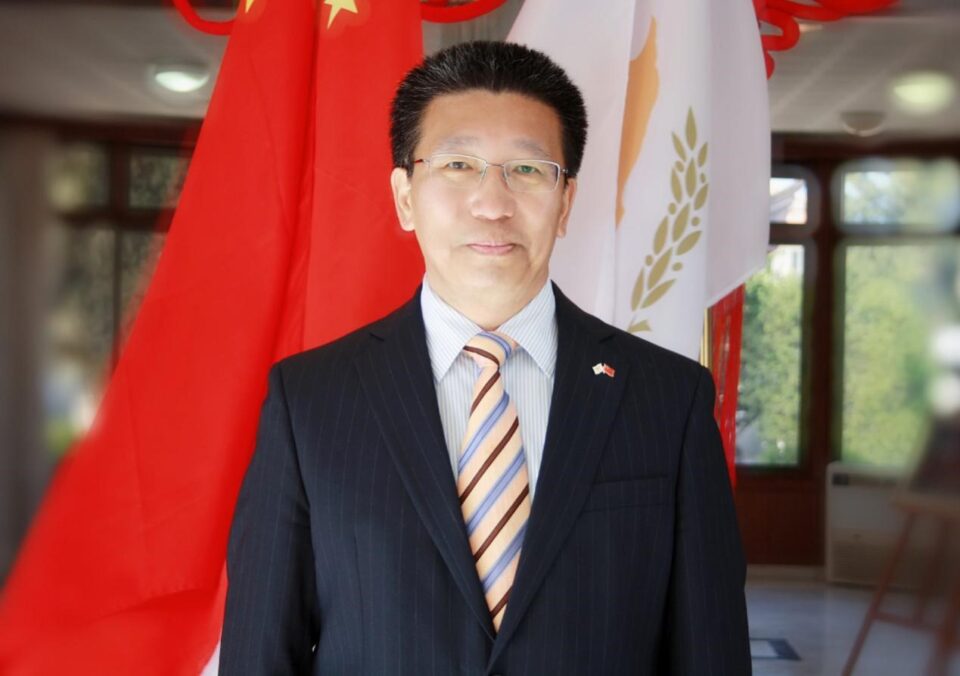 The Ambassador of the People’s Republic of China, Liu Yantao outlines the new approach to Covid which has shifted focus from preventing infection to ensuring people’s health and preventing severe cases

As the Year of Rabbit is approaching, China is once again brimming with vigor and vitality, with busy commuters, crowded markets, and booming tourism. The tickets of two New Year concerts at the National Grand Theater were sold out in 24 hours – after three Covid-challenging years, things are gradually coming back to normal.

January 8 marked a new phase in China’s Covid response, whereby management measures against the disease were downgraded from Class A to B. This is the result of proactive refinement, which means the focus has shifted from preventing infection to ensuring people’s health and preventing severe cases.
In addition, there will be, among others, no quarantine requirement for virus carriers, no designation of close contact, and no differentiation of high and low-risk areas. A tiered treatment plan will be adopted for those infected. On such basis, international travel will be further eased, boosting exchanges between China and the rest of the world.

I have read many Western media reports about China’s policy refinement, many of which can hardly be called objective. They easily lose sight of the momentous journey that China has gone through in the past three years.
Since Covid began, China has always put the people and their lives first. President Xi Jinping stressed, “we will sacrifice everything for the life and safety of the people!”

Over the past three years, China has effectively responded to five global Covid waves and avoided widespread infections with the more pathogenic original strain and Delta variant. In our country, no effort has been spared to attend to every case and save every patient, and the value and dignity of every human life, from toddlers to the elderly, have been truly respected.

Centralised treatment of Covid patients is free; vaccination is free; and Covid medicines are covered by the medical insurance system. According to The Lancet, China has made massive public health investments to save tens of thousands of lives.

As a result, in the most populous and biggest developing country, Covid-related severe cases and mortality rates are the lowest in the world. China’s average life expectancy increased from 77.3 to 78.2 years. Moreover, with the global Human Development Index falling for two consecutive years, China’s ranking on it went up six places.

Meanwhile, China has actively carried out anti-Covid international cooperation. It was the first to propose that vaccines should be taken as global public goods. It has supplied more than 2.2 billion doses of Covid vaccines to more than 120 countries and international organisations, provided huge amounts of medical supplies to 153 countries and 15 international organisations, and sent medical expert teams to 34 countries to share anti-Covid experience without reservation, making an important contribution to the joint building of a global community of health for all.

True, tough challenges remain in China in this new phase. Yet the situation on the whole is predictable and controllable. Everyone is holding on with great fortitude, and the light of hope is right in front of us. We are confident because the policy refinement is science-based.

In fact, the latest refinement is a continuation of our flexible and targeted response. As the virus gets weaker, China’s response capacity has become even stronger. For example, the number of fever clinics nationwide increased from 7,000 in 2020 to 16,000 in 2022, up by 129 per cent. Over 3.4 billion doses of vaccines have been administered, covering 90 per cent of the population.

As response measures are being refined, relevant Chinese departments have worked actively to beef up medical resources, set up a multi-tiered and category-based diagnosis and treatment mechanism, and increased the production capacity and supply of medicines. China has mobilised as many resources as possible to protect the elderly with underlying health conditions, pregnant and lying-in women, children, and other vulnerable groups, and made every effort to reduce severe cases and deaths. Much attention has also been paid to the countryside, consolidating efforts for beating the disease on this key front.

It needs to be pointed out that China’s vaccines and medical supplies are in adequate supply. To date, 13 vaccines have been granted conditional market approval or approved for emergency use in China, which can ensure that all those eligible for vaccination can have access to Covid vaccines. A WHO official said recently that there are very high coverage levels of vaccination in China and that inactivated vaccines, viral vector vaccines, and mRNA vaccines have all demonstrated high performance of protection against the severe end of the disease spectrum and death.

China has been open and transparent in its Covid response with the international community. It has carried out over 60 technical exchanges with WHO, including five in the past month. On 14 January, Minister Ma Xiaowei of China’s National Health Commission spoke with WHO Director-General Dr Tedros Adhanom Ghebreyesus about the Covid situation in the country. According to WHO’s press release, it “appreciates this meeting, as well as the public release of information on the overall situation.”

Over the past few days, competent Chinese authorities have held a series of bilateral meetings, including with the EU, to exchange views on Covid and strengthen response cooperation. In addition, the Chinese side has been sharing the genome data of the virus from its latest cases via the Global Initiative on Sharing Avian Influenza Data (GISAID), providing important references for international health research institutions.

Importantly, the virus strains found in China are not something new. They all once spread in other places including Europe. Some Cypriot virologists and many epidemiologists openly argue that there is no need to set restrictions against Chinese tourists. In fact, many countries, such as Indonesia and Thailand, warmly welcome Chinese tourists.

Meanwhile, the pandemic has yet to finish worldwide, to which people need to respond in a science-based manner. The recently discovered XBB.1.5 subvariant, now spreading quickly in countries such as the United States, deserves to be taken seriously, as virus knows no political bias in its transmission.

With the easing of Covid measures, China’s economic recovery will be getting even stronger on the basis of its average annual growth rate of around 4.5 percent in the past three years. The Chinese people’s huge consumer demand will be released, which is good news for not just China but the entire world, including Cyprus. From January to November last year, the China-Cyprus trade soared by 47 per cent to reach 1 billion US dollars – the best has yet to come.

In conclusion, I wish all Cyprus Mail readers Happy New Year and all the best in the Year of Rabbit!