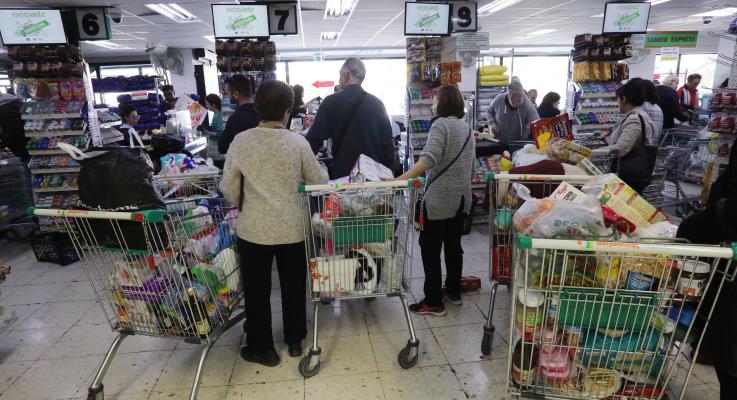 The harmonised index of consumer prices in Cyprus rose to 8.1 per cent in 2022, compared to 2021, according to a report released on Wednesday by the Cyprus Statistical Service (Cystat).

However, the consumer price index recorded a decrease of 0.8 per cent compared to November 2022.

For the period between January and December 2022, compared to the corresponding period of the previous year, the biggest changes were observed in the categories of housing, water supply, electricity and LPG, which saw an increase of 21.5 per cent, as well as that of transportation, with an increase of 14.2 per cent.

In December 2022, the categories of housing, water supply, electricity and LPG, as well that of food and non-alcoholic beverages, experienced the most significant changes, with an increase of 17.2 per cent and 12.6 per cent respectively, compared to December 2021.

Compared to November 2022, the most noticeable change was recorded in the food and non-alcoholic beverages category, which decreased by 2.9 per cent.

The biggest change among the financial categories was observed in the energy category.

Compared to December 2021, the energy category experienced an increase of 19.3 per cent.

When compared with the preceding month of the same year, November 2022, the energy category experienced a decline of 3.3 per cent.

Former Bank of Sydney CEO Miltos Michaelas on Wednesday said that the reason for his departure from his role at the Australian bank is to return to the Cypriot banking sector, noting that he has already held discussions to make this a reality.

Michaelas will come back to Cyprus after over 6 years in the position, following an earlier tenure as Bank of Sydney CEO between October 2001 and July 2006.

“It is a fact that I have reached an agreement with the Board of Directors of the bank, everyone has been informed, and my departure is amicable. The Bank of Sydney has grown and has quite a strong team, they are doing very well and there is a very good relationship, both with the board. as well as with the various local regulators,” Michaelas told local media outlet InBusiness.

“So we decided it was a good time for that to happen and I just asked to stay a few more months to make the transition smoother,” he added, noting that his decision was a surprise to the bank’s board of directors.

“As for why I made this decision, by the time I return to Cyprus in the summer I will have completed 7 years in Australia, where my family had not followed. I have already held some discussions but I do not wish to reveal any names for the time being. My aim is to return to Cyprus’ banking sector,” he concluded.

The general Cyprus Stock Market Index was at 96.21 points at 15:33 during the day, reflecting an increase of 0.52 per cent over the previous day of trading.

In terms of the sub-indexes, the main, alternative and investment firm indexes rose by 0.22 per cent, 1.11 per cent and 0.37 per cent respectively, while the hotel index fell by 1.38 per cent.

The biggest investment interest was attracted by the Bank of Cyprus (+0.26 per cent), Hellenic Bank (+0.65 per cent), Petrolina Holdings (no change), Logicom (-0.5 per cent) and Interfund Investments (no change).