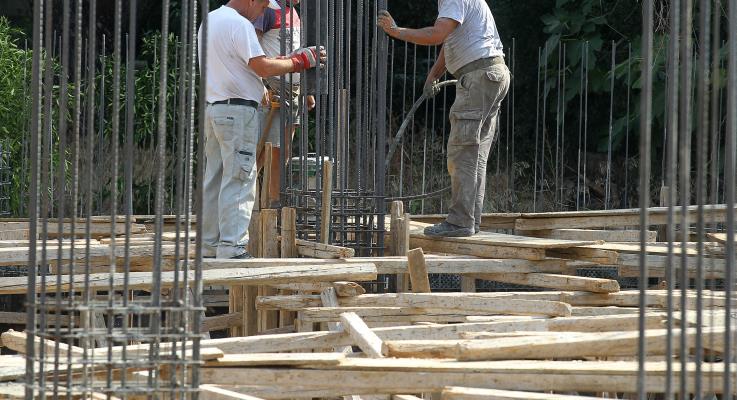 Construction material prices in Cyprus reached a historically high level in 2022, surpassing the previous record recorded in 2021, according to a report released this week by the Cyprus Statistical Service (Cystat).

In addition, for the month of December alone, construction material prices recorded a year-on-year increase of more than 11 per cent.

Going by main product category, increases were recorded only in minerals in December 2022, with a rise of 13.43 per cent, mineral products, a rise of 12.18 per cent, as well as wood, insulation, chemical and plastic products, with an increase of 11.57 per cent.

Additionally, metal products saw an increase of 11.21 per cent., while the price of electromechanical items rose by 10.25 per cent.

What is more, between January and December 2022, the index recorded an increase of 17.21 per cent, compared to the corresponding period of 2021.

The statistical service explained that the increase in the index in 2022, compared to the previous year, can be primarily attributed to the price increases of a number of different materials.

Other material increases were observed in plastic pipes, rising by 28.51 per cent, structural mesh, which increased by 28.12 per cent, building iron, with an increase of 27.74 per cent, as well as iron railings, which saw a price increase of 26.40 per cent.

Finally, doors and windows made from aluminium experienced a rise of 25.25 per cent, roofing, carports and metal fixings for plasterboards and cement boards rose by 23.55 per cent, while structural steel increased by 22.92 per cent.

The Consumer Protection Service announced this week that it has noted decreases in the prices of several basic consumer goods, which it tracked in its Consumer Product Price Watch, for the month of December 2022.

Bread prices continued to rise, reaching 5.8 per cent in December 2022, while large reductions of up to 97 per cent were noted in the prices of some greens, such as cucumbers and tomatoes, which was attributed to the milder weather Cyprus has experienced.

A significant decrease was also recorded in the weighted average price of all flour products in December, which reached up to 18.3 per cent. Reductions of up to 5.8 per cent were also recorded in pasta prices.

“These price watch lists are not intended and cannot replace the market research that each consumer must do based on their own preferences, situation and needs, nor are they intended to indicate to consumers the points of sale they will choose or the specific products they can purchase,” the Consumer Protection Service said in a statement.

“The Consumer Protection Service urges consumers to do substantial market research before proceeding with their purchases, while also taking into account the results of each specific price watch list,” it added.

The general Cyprus Stock Market Index was at 95.32 points at 12:51 during the day, reflecting a decrease of 0.64 per cent over the previous day of trading.

In terms of the sub-indexes, the main index fell by 0.98 per cent, the alternative index rose by 0.56 per cent, while the hotel and investment firm indexes remained unchanged from the day before.