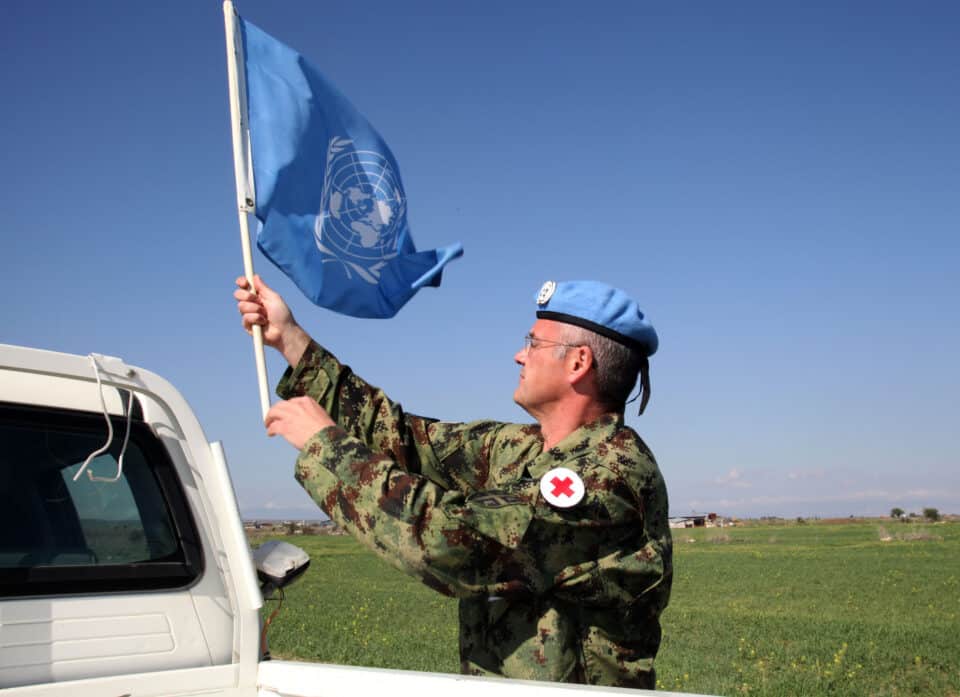 Should the UN troops withdraw, Turkish troops will take over the buffer area and this will be absorbed into the north

In 1990, South African voters had two options in deciding the future of their country. The first was to maintain the status quo which would have led to a major civil war, destroying the country, and leading to many deaths. The second was to sit around the table and decide on a future for all citizens irrespective of colour, religion, gender or language and to agree on a new constitution for all of South Africa which will protect the rights of its citizens. I am of the opinion that Cyprus is confronted with the same choices in the upcoming presidential elections.

The first option is to allow the status quo of a southern and northern Cyprus to prevail, and for it to evolve into two separate independent states which has a high risk of the northern part eventually becoming a province of Turkey and eventually overtaking the whole of Cyprus. The second alternative is to push towards a process of negotiations with our counterparts to reach a compromised mediation which will lead to possible reunification.

I believe the risks associated with option one are as follows:

The advantages of the second option are:

In conclusion voters have to realise that when they exercise their vote for president, they do not listen to and believe in the populistic statements. In reality these do not allow us to move forward towards reaching a solution but create suspicion and mistrust amongst each other, making it impossible to reach a compromise and allow Cyprus to take its place within the international community as a united country.

To reach a final settlement many rounds of discussions will take place to address concerns from both sides and to provide protection through a new constitution on issues which are of concern. This can only be done through building up a strong level of trust and acceptability from both sides, with no hidden agendas or conditions laid down for discussions to take place and to listen to each other’s concerns and address and solve them, by reaching a common goal to achieve a united Cyprus whereby all can live together in peace and prosperity, for all generations to come.

A solution will bring about stability which will allow the economy of the country to grow and prosper and create a stable government which can address the interests of its citizens.

When I look and listen to what the three main candidates stand for, the successful candidate must have the understanding, acceptability, trust, determination and willingness to get the process of reunifying Cyprus back on track with the hope of reaching an acceptable settlement through discussing all relevant issues between the two parties and in reaching a compromise from both sides.

Cypriots must recognise the importance of Cyprus also becoming a member of Nato together with a settlement in a united Cyprus which will bring about the guarantees that both sides would find acceptable.

If no solution is agreed upon, Cyprus will be heading for a difficult and an unknown future.

In 2017, we were all brought to believe that a solution for Cyprus’ unification was eminent at Crans-Montana, but that did not materialise.

The presidential candidate in my opinion who has the necessary commitment and determination is Averof Neophytou. He has the understanding and realisation of what a solution would mean to Cyprus and its economy, and that having a thriving economy in a united Cyprus would assist the government in the form of tax revenue to improve the lives of all its citizens in the form of quality new infrastructure and better personal income.

South African Cypriot, Takis Christodoulou is a property developer and a retired politician in South Africa. He is also a member of the World Hellenic Inter-parliamentary Association

The watermills of Cyprus