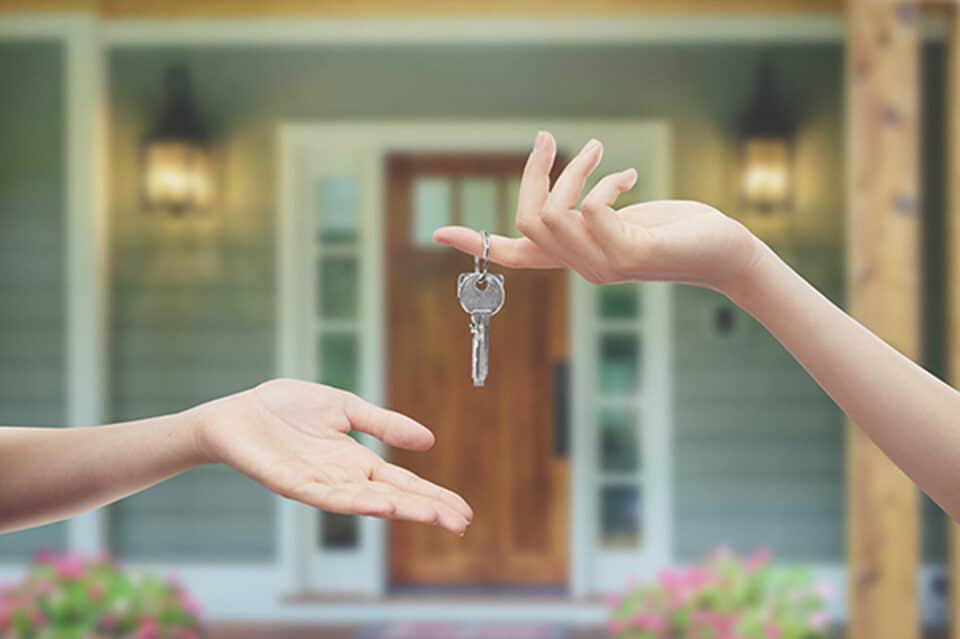 Saturday was Own Your Own Home Day. But with escalating living costs and rocketing rents, ALIX NORMAN finds home-ownership has become an impossible dream for many on the island

Owning your own home used to be a rite of adulthood. But, year on year, it has become more of a challenge – especially in Cyprus. On this island, unless the Bank of Inherited Wealth has woven its financial magic, home-ownership can be an impossible dream. Especially as rents soar, and living costs escalate…

Yesterday, January 21, was Own Your Own Home Day. But how many of us these days are actually able to own our own home?

In a December 2022 article Antonis Loizou, the Cyprus Mail’s property expert, discusses the pros and cons of buying versus renting: down-payments, variable interest rates, buying-to-rent, and resale prices all weighed in detail. But what if you simply can’t afford any of this? What if, as recent research from the European Central Bank suggests, many people are finding it hard to afford rent, let alone the money needed to buy their own home?

In southern Europe, home ownership rates at age 35 have dropped by over 10 percentage points when comparing those born from 1965 to 1979 with those born in the 1980s or later, says the ECB report. The report cites a change in earnings (scarcer career-long positions, longer unemployment spells, and the stagnation of earnings in lower income jobs); an increase in house prices (wages, it transpires, have not kept pace with the cost of housing over the past 60 years); and a dwindling supply of affordable housing as the key factors for this decrease in home ownership.

Consequently, we’re seeing more people than ever before forced into renting, sharing or even remaining in their parents’ home until well into middle-age…

Since her divorce, 51-year-old Antigone has moved from job to job and place to place, always searching for a better wage and a lower rent. “Back in 1999, my ex-husband and I built our own three-bedroom house in Emba for £48,000. Nowadays, that would barely cover the cost of a kitchen! And anyway, I lost the house when we split.” Last year, Antigone moved from Limassol to Mandria, mainly for the lower rent. “I’d love to own my own home again. But I’m single and work in retail; there’s no way I could afford even the down-payment on a small flat.”

Greg, a Cypriot bachelor who grew up in London and moved to Cyprus in his late 20s, is a year younger than Antigone. But while he makes a similar wage, his story is very different. “I have the Bank of Dad to thank,” says the 50-year-old graphic designer. “Moving back to Cyprus meant a huge drop in salary, so my dad bought me a three-bed Acropolis flat. If I didn’t own this home, I’d probably be renting a grotty apartment in the centre of Nicosia, unable to eat out, take holidays, or drive a decent car. Yes, owning your own home comes with costs – I’ve recently replaced my glazing and replastered the ceilings – but it makes every other area of life so much easier. It gives you security.”

Dora, although 20 years younger, is similarly privileged. “I own my Limassol apartment,” says the trainee lawyer. “My parents bought it for me when I finished my studies.” But Peter, a 29-year-old accountant, has had no such luck. “My parents worked very hard to create a family business in the tourism industry; even before Covid crushed their finances, they were in no position to help me financially. And there’s no way I would have asked,” he adds. “Mum and Dad contributed hugely towards my upbringing and education; now it’s my job to build a firm financial future without relying on inherited wealth. If that means I have to live in a Larnaca flat-share and put off starting a family, so be it.”

“The system of wedding houses, dowries, and family helping out still strongly exists in Cyprus,” says real estate expert Loizou. “So home ownership is relatively high on the island: roughly 70 per cent own and 30 per cent rent. But,” he acknowledges, “the former is now becoming much more difficult: banks are much stricter in granting loans; they’ll check your type of work and salary, and set a 20 or 30 per cent equity contribution – much higher than previously…”

Buying a home was, says 65-year-old retired pharmacist Renos, certainly more feasible in the past. “There was more money back then, land and labour were cheaper, wages were steady. In 1982, when I married, my wife’s parents gave us a two-bedroom house in Strovolos – it was the way things were done. Now, we’ve built our own house in Latsia with a pool. Yes, it helped to have two steady incomes and an inheritance from both our parents, yet I believe it was owning our first house outright that set us on the path to where we are today.

“Things are different now,” he adds. “Our son is 38. He has a good job as a music teacher, but he still needs our help; last year, we gave him €70,000 towards buying his own flat in Engomi. Sometimes I wish he had become a lawyer or a doctor or gone into the civil service so he had more financially stability, but he loves what he does. And I’m just glad we’re able to help him. I have many friends my age who cannot support their children in this way any more; times are changing.”

While the traditional Cypriot system of helping children purchase a home remains strong, says Loizou, factors such as rising interest rates, increased building costs, diminished supply lines, and an influx of foreign residents paying premium prices for a diminishing pool of housing are slowly – but very steadily – changing the picture. But it’s Antigone, our first interviewee, who has the final word.

“In my mind, it’s simple,” she says. “Salaries in Cyprus haven’t kept pace with the cost of living. So if you’re not working in the financial sector or civil service, and you don’t have family to fall back on, your only avenue to home ownership is the lottery! Sadly, Own Your Own Home Day was not something I celebrated this year. Nor am I likely to celebrate it in the near future!”

Turkish elections to be held on May 14, says Erdogan