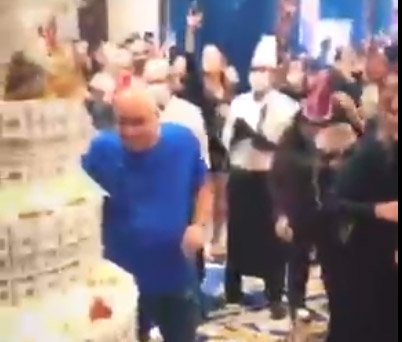 One death and 18 new coronavirus cases were recorded in the north on Friday.

Turkish Cypriot authorities announced on Friday that an 84-year-old man with coronavirus who also had  serious underlying conditions died. This brings the number of Covid-19 linked deaths in the north to seven.

In total 18 new cases were recorded on Friday, half of which local cases.

Since March, 1,592 cases have been reported in the north.

Following a rise in local cases in the north and the surge in cases in the south, Turkish Cypriot authorities have been tightening measures to prevent the further spread of coronavirus including a curfew between 10pm and 5am and a ban on celebrations for the New Year.

Not everyone observed the measures, according to reports. A video circulating on social media, showed casinos holding parties on New Year’s Eve.

This stirred reactions among social media users and prompted the Turkish Cypriots doctors’ association to call on authorities to take action against those who violated the measures.

They said they have watched with sadness and astonishment the violation of these measures and stated that the decisions taken concerning the New Year holidays were aimed at protecting people’s health.

“Failure to comply with the measures is the biggest crime that can be committed against public health,” they said.

On Friday and early Saturday 12 people were caught in the north breaking the curfew.

Turkish Cypriot ‘health minister’ Ali Pilli announced this week that vaccines against the coronavirus are expected to arrive to the north by the first week of January and that vaccinations would begin in mid-January. The north will receive part of the vaccines sent by the EU to the Republic of Cyprus while Turkish Cypriot authorities announced they have also asked for around 500,000 doses from Turkey.

According to a report by the Anadolu Agency’s correspondent in the north, Turkish Cypriots are willing to get vaccinated against the coronavirus.

Solskjaer cautious as United up pressure on Liverpool