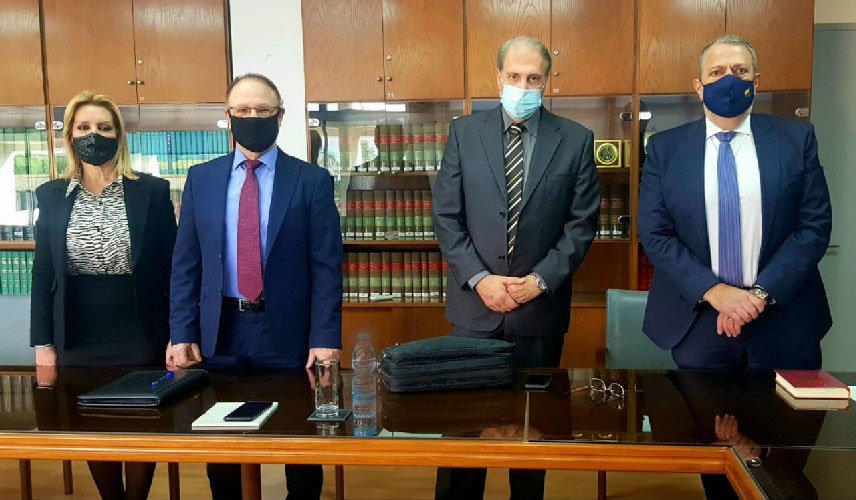 The three-member committee of inquiry into allegations made in connection with the Cypra slaughterhouse, and possible misconduct by the state treasurer or any other state official, was sworn in on Thursday.

According to its mandate, the committee will enquire into every aspect of allegations made in connection with the Cypra slaughterhouse, which is owned by the husband of the state treasurer.

It has been instructed to conduct a full and thorough investigation to verify all those facts, actions, decisions, acts or omissions concerning Cypra Ltd, Cypra Bioenergy Ltd and other affiliated companies and their directors and shareholders in relation to the transactions and/ or the treatment by any authority, body or state official from 2007 to December 31, 2020.

Attorney-general Giorgos Savvides told the committee during the swearing in ceremony that the task they have been called upon to carry out is “essential and serious”.

“I am absolutely certain that you recognise its importance, as well as the demand of both the public and myself for transparency and cleansing, and I am convinced that you will carry out your mission in full, within the framework of the law and the mandate given to you,” Savvides told the committee.

He added that the range of their mandate was wide and covers a long period of time, but he expressed hope that they would be able to complete their investigation as soon as possible.

Savvides said that all three have previously served in very important positions and were well aware of the obligation of the institutions to serve democracy and the rule of law.

“I am sure that you will act only with the faithful observance of the terms of your mandate, avoiding any outside interventions.”

Poyiadjis, speaking on behalf of the members, noted that the committee would speak through the report it would submit to the attorney general.

“There is no need to say much. The investigative committee will speak through its work and finally through its report that it will submit to the attorney general, in accordance with the provisions of the law,” he said.

The probe was initiated after allegations that state treasurer Rea Georgiou stopped a cheque deposited by her husband’s company as guarantee of faithful execution of an agreement with the government, just hours after it was deposited in the government account.

Georgiou had denied any wrongdoing and said there was a court order which prohibited the seizure of the guarantee pending conclusion of the case and that the treasury, according to the constitution, is the state authority managing court orders.

She also said that at the time, to avoid any actions that would suggest conflict of interest, she had recused herself from the process.