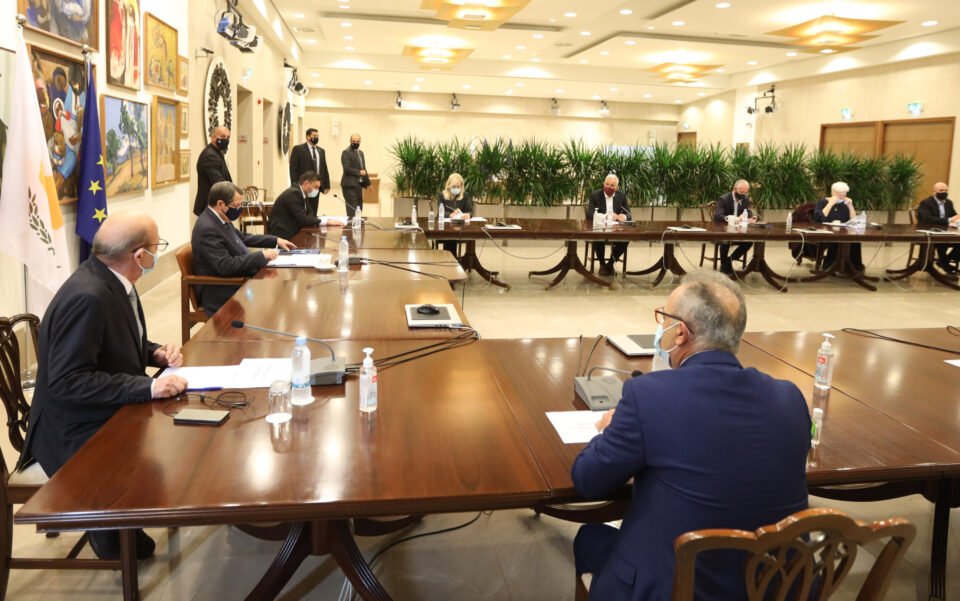 The president on Friday hosted a meeting of party leaders and the House president who were briefed about the changes to the state budget whose original bill was rejected by the opposition in December.

The revised bill was expected to be approved by cabinet and submitted to parliament, which plans to discuss it on January 18.

The 2021 budget was rejected on December 17 by 29 votes against to 24 primarily because junior opposition Diko – which voted in favour in previous years – refused to back it unless the government agreed to the auditor-general probing the island’s now-defunct controversial citizenship by investment scheme.

House president Adamos Adamou said he expected the revised bill to be discussed by the finance committee early next week.

Initially, it had been agreed for the bill to be put to the vote on January 21, but Labour Minister Zeta Emilianidou told parties it would be too late because pensions and other allowances had to be paid.

So, it was tentatively agreed for plenum to discuss the bill on the 18th Adamou said. He added that amendments added following consultations with parties, except Diko, will be included as a supplement to make them easier to find.

Ruling Disy leader Averof Neophytou, who undertook talks with opposition parties, expressed reserved optimism that the bill would be approved.

“Approving the budget is more than necessary in the unprecedented health and economic conditions the country and its people are going through,” Neophytou said after the meeting.

“I am voicing my reserved optimism that the budget will be approved in the next days so we can practically and substantively support citizen groups, small and medium businesses, and the entire society.”

Diko chairman Nicolas Papadopoulos insisted that his party would not vote for the budget unless the government allows the auditor-general access to the programme’s files.

The government has refused to do so citing an ongoing investigation into the programme by a panel appointed by the auditor-general.

He also urged other parties to agree on a compromise proposal to allow access but with no findings reports published until the panel completed its own investigation.

Papadopoulos said that despite not being consulted, his party will examine the amendments when they were officially submitted.

“We call on all the parties to take a stance on this (compromise) proposal, especially Disy, Papadopoulos said. “Do they agree or disagree, and if they disagree, what is the reason? Are they afraid of what the files include?”

Akel said in a statement that it will study and decide when it has the proposal in writing.

Dysfunctional and emotionally yours…