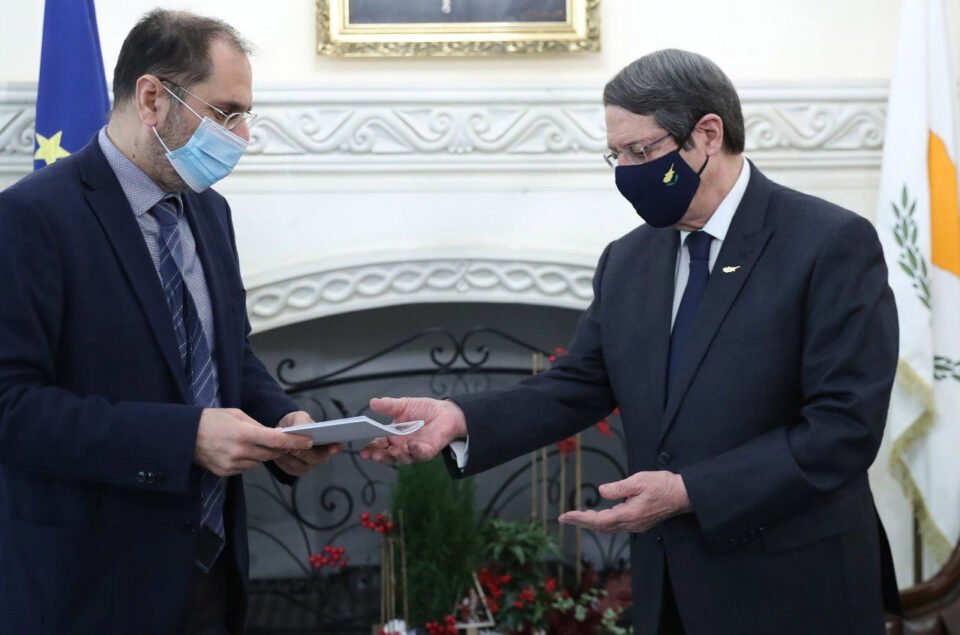 Relations between the government and auditor-general Odysseas Michaelides are deteriorating, President Nicos Anastasiades has said, accusing the official of allowing himself to be ‘weaponised’ by the opposition.

In the second part of an interview with daily Politis, published on Monday, Anastasiades said Michaelides was “obsessed” with investigating the citizenship-by-investment (CBI) scheme, despite it being made clear that that the appropriate body was a commission of inquiry appointed by the attorney-general.

The kerfuffle centres on Michaelides’ demand for access to files on CBI applicants, which the interior ministry refused to hand over citing a legal opinion by the attorney-general. The latter said Michaelides can have the files, but only once the committee of inquiry wraps up.

Based on this refusal, back in December the Diko party vetoed the state budget.

In the interview, Anastasiades reiterated that there cannot be two parallel investigations into the passports.

And he went on to lament Michaelides’ conduct, reiterating that the official acted outside of his bounds.

“The situation is worsening, which gravely concerns me.”

During his recent meeting with the auditor-general, Anastasiades revealed, he told the official outright he was being ‘weaponised’ by the political opposition.

He also took a dig at Michaelides, mentioning that he used to be a card-carrying Diko member.

The comments seemed to indicate the two sides are on an intractable collision course.

But the president would not be drawn on whether the government will initiate legal proceedings at the supreme court against Michaelides for ‘conduct unbecoming’.

“If and whenever a decision is taken, it will be made public. All options are being considered,” he offered.

Responding to the Politis story, Michaelides posted on Twitter that the president’s remarks amount to coercion of an independent agency.

“Today we are informing Intosai of the escalation in derogatory language and intimidation threats which injure the independence of the Audit Office.”

Intosai is a non-governmental entity that operates as an umbrella organisation for the government audit community.

Michaelides was appointed auditor-general in April 2014. Previously he had served as auditor at the Ministry of Transport, Communications and Works.