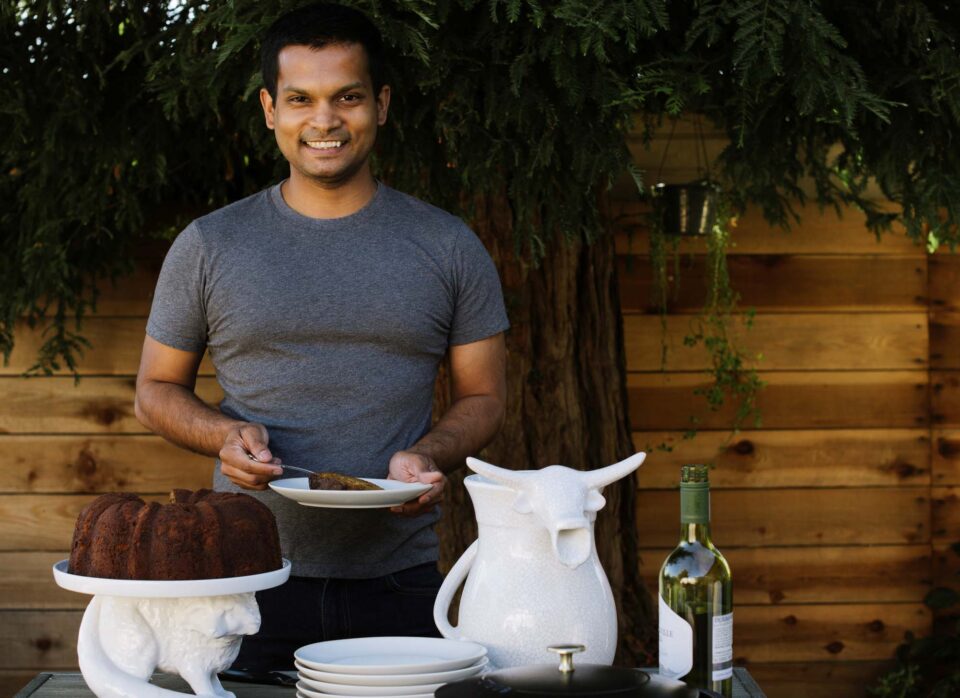 Writer, photographer and food stylist Nik Sharma is based in LA, California. A city of farmers’ markets and cutting-edge restaurants, tacos you’d sell a limb for (if pushed), and ridiculously fresh produce.

“The food scene in LA is the most vibrant in the US,” says Sharma. “You can get the most delicious and inventive meals at different price points, so everyone has access, which is amazing.

“It’s also always unexpected,” he adds. “You never know what you’re going to walk into and that’s what I love.”

Covid has put a hold on much of that, however. Like most of us, he’s been cooking a lot at home. But as a food writer who cooks at home for a living anyway, he admits during the pandemic he’s had to remind himself he “can’t make desserts all the time, I need to cook savoury food…”

If you’re new to Sharma’s food, he describes it “adventurous and fun”.

At its core is an awareness of science and the role of science in the kitchen. With his new cookbook, The Flavor Equation, he’s “trying to show that science and cooking coexist harmoniously in the kitchen” and that neither side needs be afraid of the other. “I want people to see the kitchen is a lab,” he notes. “What you’re doing in the kitchen, it’s actually science.”

Born in Bombay, Sharma relocated to the US to study molecular genetics, before deciding food was the one for him. Writing recipes that he shoots and styles himself, his work appears in the New York Times, the San Francisco Chronicle and on his blog, A Brown Table.

The Flavor Equation follows his debut cookbook, Season, and sees him using science to extract deliciousness; investigating how perception affects how we eat; and considering the impact of emotion, sight, sound, mouthfeel, aroma and taste on flavour.

165g unsalted butter, at room temperature, plus extra for greasing

For the date syrup bourbon sauce:

Ginger and black pepper gives this cake its warmth. The aromatic molecules in the spices and lime zest are extracted into the butter, the fat phase, in which they are highly soluble before they are incorporated into the cake batter.

The Flavor Equation: The Science Of Great Cooking Explained + More Than 100 Essential Recipes by Nik Sharma, is available now

Coronavirus: country categories evaluated, only four left in Cat A