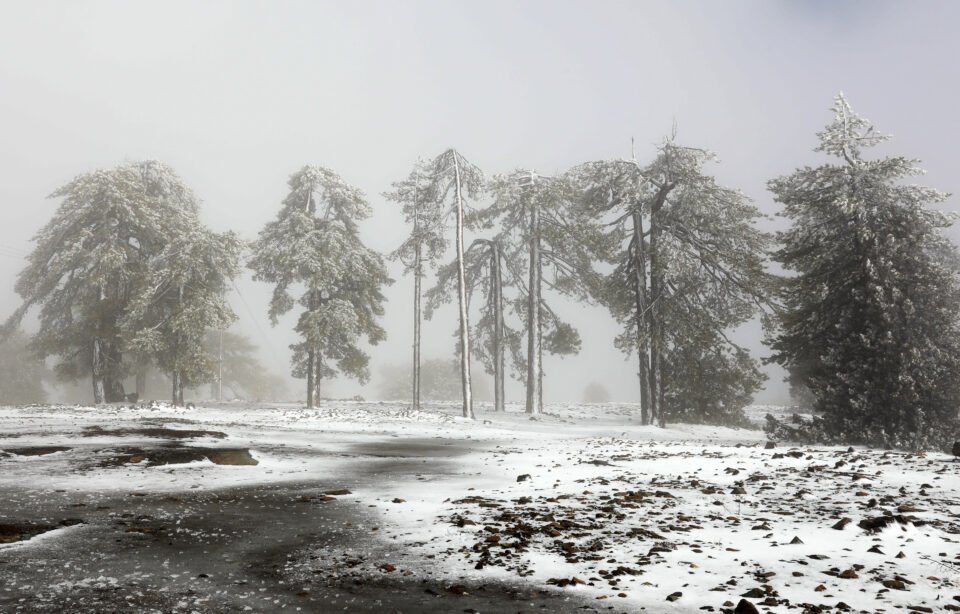 The roads leading to Troodos are open only for vehicles with snow chains or four-wheel drives due to frost, while more snow is expected to fall during the day.

Roads in the Morphou area, especially the ones from Kakopetria to Karvounas and Pedoulas to Prodromos, are open but slippery.

In the Pedoulas – Kykkos – Kambos area, heavy rains have triggered landslides which left soil and rocks on the roads.

Police have urged drivers to be careful, drive at low speeds, keep a safe distance from other vehicles and leave their headlights on.

For Monday, more rain and snow in the mountains have been forecast.

Temperatures will reach 15C inland and in coastal areas and 3C in the higher mountains.

At night, stormy weather and snow are expected in the mountains, where temperatures will drop to minus 3C.

Inland, they will drop to 5C and near the sea to 8C.

It will gradually get colder until Wednesday, while a slight rise in temperatures is expected on Thursday.

The height of snow on Monday morning was two centimetres.