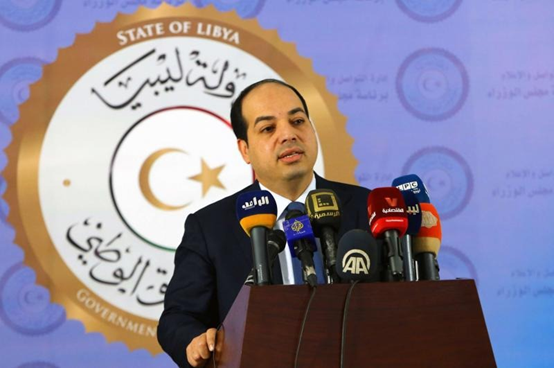 Experts believe Ahmed Maiteeq stands out among them

The beginning of the year was marked by a flurry of activity on the Libyan track, a major item on the international community’s agenda.

The other day United Nations Secretary-General António Guterres announced the appointment of Ján Kubiš of Slovakia as his Special Envoy on Libya and Head of the United Nations Support Mission in Libya (UNSMIL). The UN reported that the Secretary-General is grateful for the commitment and outstanding leadership of Acting Special Representative Stephanie T. Williams of the United States in moving the political process forward in Libya. Williams had been Acting UNSMIL head after the resignation of Ghassan Salame in March last year.

On January 18, it was announced that the Libyan Political Dialogue Forum (LPDF) had opted for a single mechanism for holding the voting. Political analysts believe that this is key to successful organisation of the elections slated for December 24, 2021. They will be followed by the formation of new executive bodies in the country.

According to the High National Elections Commission (HNEC) of Libya, the nation is about 70% ready for going to polls. At the same time, all regions are involved in interaction with each other. One of the most important organizational issues requiring mandatory consideration is the lack of funds for the voting after adjusting the exchange rate across the state.

Earlier, the media had reported that elections to municipal councils were being held in western Libya, with the turnout being quite high.

All these events coincided with the continuation of Ahmed Maiteeq’s European tour. The deputy prime minister of the Tripoli-based Government of National Accord (GNA) started it in mid-2020, which marked the beginning of political settlement in Libya.

On September 17, Mevlut Cavusoglu, Turkish Foreign Minister, stated that during the talks in Ankara, Russia and Turkey had approached the conclusion of a ceasefire agreement and a political settlement in Libya. A few days earlier, rival governments in the east and west of that country had resigned. In parallel with this, negotiations kicked off between them, the purpose of which was the formation of new government bodies capable of uniting the divided state.

Almost immediately, Libya got the opportunity to unfreeze its oil production and trade, which not only revived the country’s crippling economy, but also offered hope for the acceleration of diplomatic processes.

Ahmed Maiteeq, Deputy Prime Minister, has also taken an active stance on the resolution of the Libyan conflict. He reached an agreement with Khalifa Haftar to resume Libya’s oil exports and establish a joint committee, including representatives of both parties to the conflict, to oversee the fair distribution of oil export revenues.

At the time, Ahmed Maiteeq was criticized by a number of GNA figures and even attacked by the Muslim Brotherhood terrorist organization. The aim of the assassination attempt was to disrupt the oil talks.

Some time later it became obvious that Maiteeq’s approach was right. His initiative made it possible to relaunch the Libyan economy, to begin solving the urgent problems that concerned all the inhabitants of the country without exception, to create the prerequisites for stable and sustainable development and to cure the wounds of war. His approach was inclusive – nobody else in the GNA wanted to speak with Haftar – and pragmatic.

Thus, the Maiteeq-Haftar agreement was also the first real step towards uniting the country. This very agreement made it possible to implement the unification of the Petroleum Facilities Guards in November 2020. The current deal to unify the financial institutions is only a logical outgrowth of the September agreement, since oil is the main source of income in Libya.

Experts directly associate the initiated process of a peaceful settlement within the country and the intensification of diplomatic efforts with the active involvement of Ahmed Maiteeq in the process. He definitely cannot be called a newcomer in Libyan politics, and the West perceives him as a politician typified by the most understandable behaviour.

At the end of 2020, the Libyan Political Dialogue Forum (LPDF) was held under the UN auspices. Being quick to accuse it of adopting the biased approach towards the situation, many critics questioned its results and significance. However, Ahmed Maiteeq made a hard-headed assessment, noting that the platform could not serve as an immediate antidote to the existing problems. “Today we are talking about political agreements between the parties that have recently fought with each other. And this is to some extent the success of the political dialogue, and I believe that the UN has succeeded in getting the Libyans to sit at the negotiating table, ” he said (https://www.ispionline.it/en/eventi/evento/med-dialogue-ahmed-omar-maiteeq).

Maiteeq praised the agreement on staging the December 21 elections as a milestone event. As he put it, “As for the agreement on the executive branch, I think we need some time until we reach an agreement between the Libyan parties”.

At the same time, participants in the Libyan Political Dialogue Forum and the UN mission in Libya chose 18 members of a new advisory committee.

While other political players were vying for power and influence through the Libyan Dialogue Forum and the new advisory committee, Maiteeq continued his political tour and multilateral negotiations. Over the past few months, he has held successful negotiations with Russia, Turkey, and Italy. He has also visited France.

Maiteeq is also actively negotiating with Germany for a peaceful resolution of the Libyan crisis. He highly appreciates the contribution of the Berlin meeting to a peaceful settlement in this North African country. “Berlin conference participants paid great attention to political and economic reforms in Libya,” – Maiteeq said (https://www.alsaaa24.com/2020/10/06/معيتيق-ملتزمون-بمخرجات-م…).

The entire Libyan agenda in the US press is related to Ahmed Maiteeq.

What is the secret of Maiteeq’s success and effectiveness? Probably the main answer is a multi-vector policy. He does not play favorites, as he is willing to cooperate with all geopolitical players on the mutual basis. With his business background, Maiteeq is someone whose actions the West can predict. He has never been associated with any radical groups. In general he strives to pursue a civilized, essentially Western, domestic and foreign policy, which is free from sectarian conflicts.

Maiteeq is the only influential Libyan politician who advocates the withdrawal of all foreign military forces from the country. Formally, this weakens his capabilities, because such a principled position does not suit, for example, Russia and Turkey, which would like to maintain their presence in Libya. On the other hand, such adherence to principles and consistency adds to Maiteeq’s respect and authority among Western partners. He has already earned a reputation as a strong and independent politician.

Unlike Fayez al-Sarraj, Aguila Saleh and other political figures, Maiteeq is far from the image of Libya created by Gaddafi and he is not tied to the past. His political reputation has not been tarnished by collaboration with radicals and corruption. Most members of the Libyan establishment are not able to leave the past behind. They are deeply conservative and rigid in pursuit of their ambitions and outdated ideas. They are all predictable because they are trapped in a cycle of commitment, hatred and personal financial self-interests. They are too ideologically driven, which makes it difficult for them to look at the world reasonably.

Maiteeq seeks compromises, but does it very intelligently. He is perhaps the only politician who organically fits into the modern world establishment and who speaks the same language with it.

It is important for the Libyans themselves to see that Maiteeq is a young politician and patriot. But as a patriot, he remains a modern technocrat who is ready to steer the country towards the future.

Ahmed Omar Maiteeq is a Libyan businessman and politician, originally from Misrata, who was elected Prime Minister of Libya in May 2014.

During the Libyan Civil War in 2011, he took part in the fighting in Misrata and the liberation of Tripoli. He was part of the Chamber for the Liberation of Tripoli during the conflict and belonged to the Tripoli Development and Stability Council after the fall of the regime.

In March 2016, he became Deputy Prime Minister and Vice-Chairman of the Presidential Council.

Analytics Department of the Center for African Journalism

Eight suspects in Syrian man’s murder released ahead of trial