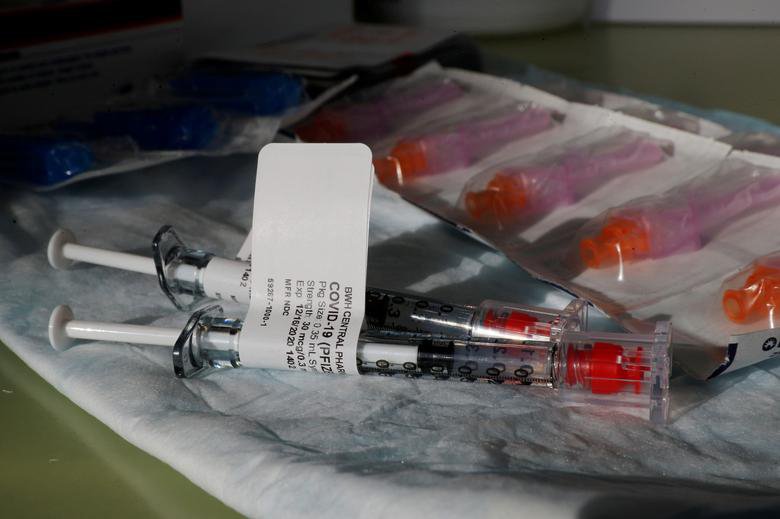 One week since the launch of the vaccination programme in the north, health personnel have administered the first 11,000 doses of the coronavirus jab and have stored another 11,000 for the second dose, the Cyprus News Agency reported on Friday.

It said that ‘health minister’ Ali Pilli had told Yeniduzen website that dates for a new round of vaccinations will be announced once a new delivery of vaccines is made.

The bulk of the jabs, 20,000 doses, are Chinese-made Sinovac vaccines which were delivered by Turkey. Turkish Cypriots have also received 1,080 Pfizer vaccines from the Republic of Cyprus.

So far, health professionals in the public and private sector have been vaccinated and the programme has since Monday been extended to people aged over 80 at five vaccination centres, in Nicosia, Kyrenia, Morphou, Trikomo and Famagusta.

Authorities in the north on Friday also announced the death of a 74- year-old woman from Covid-19. This was the sixth death in the north from coronavirus so far this month and the 12th since the start of the outbreak last March. The woman suffered from heart problems, high blood pressure and diabetes. The Turkish Cypriot media said she had tested positive for coronavirus yesterday and died on Friday morning.

As regards the vaccination programme in the north, Pilli said that a few more vaccinations would be made on Friday by appointment at the new hospital in the north of Nicosia. Some 40 Pfizer jabs were due to be administered in the afternoon at a polyclinic where staff have been trained specially for this vaccine. Once more vaccines from the same pharmaceutical company are delivered, then additional vaccination centres will open up, he said.

The 11,000 doses that have been held back will be administered in three weeks. “We have saved vaccines. Now we must secure more. Our contacts to achieve this are continuing,” Pilli said.

Asked to comment on the queues outside vaccination centres, Pilli said that even though appointments were given for those aged over 80, some have turned up at 8am saying they had come early to get their vaccine and carry on with their day. This was not the way to go about doing things, he added.

People were enthusiastic about getting the vaccine, but it was important to secure supply, Pilli said. Some 40 had showed up at Kyrenia Hospital without first securing an appointment, and arrangements were made to send the additional jabs.

Asked about the high number of cases in the Kyrenia area, Pilli said that there was widespread testing, especially in Karavas and Lapithos and a number of issues were under consideration by the infectious diseases committee. Local authorities in both Karavas and Lapithos have in recent days called for a local lockdown to contain the spread of the virus.

The Cyprus News Agency said another 1000 Pfizer doses are expected to be handed over by the Republic on Monday or Tuesday through the technical committee on health, and another 1000 in two weeks’ time.

The government-controlled areas have administered around 12,000 jabs so far and has already begun the second doses of the Pfizer vaccine.