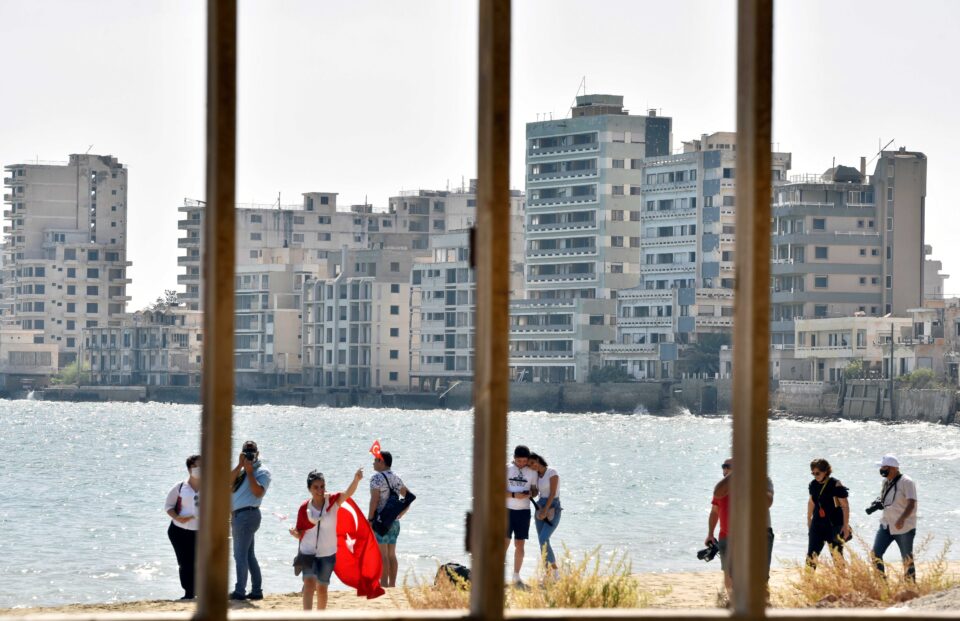 The people have the right to know

I have had diametrically opposed reactions to my article of last Sunday with some readers enthusiastically supporting my views in favour of a tightly knit federation but others unreservedly in favour of a loose federation. No reason was given for their preference, nor were any details given as to what they understand by the term loose or decentralised federation. There was, however, a hovering feeling that a loose federation would help Greek Cypriots bypass the obstacles of “the one positive vote” and the “rotating presidency”, which they consider anathema, for what they described as “obvious reasons”.

The logic of the loose federation is simple, and it focuses on the argument that the fewer the issues on which the Greek Cypriots and the Turkish Cypriots have to take a joint decision, the fewer the conflicts and friction and, therefore, the better. The argument is hollow. On the basis of this logic, the ideal solution to the Cyprus problem would be partition.

In a normal federation, such as the United States, Canada, Switzerland, Germany and, in general, in all the federations which function smoothly and effectively, the last word on all the important issues, which concern the government of the country as a whole (both from the point of view of formulating as well as from the point of view of applying the governance rules) rests with the central authorities. This is so in relation to the legislative, the executive and the judiciary arms of the state.

Those who have been recently monitoring the application of these rules in the USA, in the context of the country-wide presidential elections, have had the opportunity to appreciate the importance of having the necessary “checks and balances” embedded in the system of governance. Imagine what would have happened if the police and the army were under the control of one political party or federated state.

The counter-argument is that, provided the conditions of a single international personality, a single sovereignty and a single nationality are secured, the rest are details regulated by European Union law and no problem is likely to arise. I ask those who subscribe to this view to ask themselves the following question. Does the Republic of Cyprus not have these attributes? Of course, it does.  Then, why have the single international personality, the single sovereignty and the single nationality failed to secure the smooth functioning of the Republic of Cyprus, the very survival of which is at risk today? In 1962, despite the explicit provisions of the Constitution prohibiting the union of Cyprus with any other country, the then president of the Republic was advocating such a course of action.  Why do we rule out the possibility of seeing history repeating itself in the future, this time on the part of the other community?

Most importantly, a loose federation arrangement will keep the two communities apart, at a great distance, erecting multiple obstacles to the economic, political and social bonding of the population.  The walls erected will hinder the mixing of the two communities and be insurmountable. Let us see what these obstacles are likely to be in practice.

In a loose federation arrangement, the current political isolation of the two communities and the confrontational climate which that isolation generates are likely to continue and to intensify. Some actions of the Turkish Cypriot side may not be liked by the Greek Cypriot side and vice versa. The northern part of Cyprus will have its own political parties and so will the southern part of Cyprus. No political contact, no political mixing. Turkey will continue to have the upper hand in the political affairs of the north (as she does today), a fact that will aggravate the situation, given that Turkey will probably seek to secure support for her positions at the international level and at the level of the European Union, resulting in the isolation of Cyprus and the consequent clash between the two “politically equal” federated states. Likely end result: Cyprus’ defenestration from the European Union.

In a loose federation arrangement, the social isolation of the two communities will be attained by using language as a tool for keeping the two groups apart. What would be the result of each community exclusively adopting the Turkish or the Greek language for communicating within its own executive, legislative or judicial institutions? What if, for example, northern Cyprus chooses not to allow civil marriages and one of the spouses-to-be is a Muslim and the other one is a Christian?  What if in the public schools of northern Cyprus the teaching language is Turkish and history is seen as an attempt of ethnic cleansing of Turkish Cypriots by Greek Cypriots (and vice versa in the south)?

The economic barriers to the mixing of the two states of the federation are likely to prove the most important parameters keeping the two communities apart in a loose federation. These barriers will nullify the market forces, which under normal circumstances would have served as a catalyst for dealing with the confrontational climate likely to prevail in the first stage of the newly established federation, particularly in view of the anticipated negative influence of Turkey.

If the taxation, the social insurance and the healthcare systems of the two federated states end up following very different paths, and the existing inequality in the standard of living of the two communities is prolonged, the likelihood of conflicts will be high. Think of what is likely to happen if one of the constituent states is declared bankrupt. This is what almost happened to the Republic in the recent past and what would probably have happened to the ‘TRNC’, had economic support of northern Cyprus by Turkey not been forthcoming. Have you asked what would happen if one of the constituent states entered bankruptcy? Would it pull along the entire federation? Imagine such developments taking place under the noses of the Greek Cypriots or the Turkish Cypriots, who would be passively and helplessly watching these catastrophic events developing in the other half of the loosely federated Cyprus.

Those who talk about a loose federation do not understand the practical repercussions of such an arrangement. A federation is not a form of government where the majority of the population can be held hostage by the minority; where the majority is forced into the role of a passive spectator of catastrophic events, which impact the whole country.

The malicious rumours going around claim that because the Greek Cypriot leadership does not wish or is unable to secure a solution that would correspond to past promises, the Greek Cypriot leaders will confine themselves to asking for the exchange of the fenced-off part of Famagusta (under the control of the United Nations) in return for legalising the operation of Tymbou airport. The ultimate goal would be a very loose federation that would satisfy the expectations of the few but vocal supporters of the dogma of “we would all be better off, if we stick to this side, and they stick to the other side”. From there on, those who make it will be the ones calling the tune!

Cyprus a victim of democratic deficit