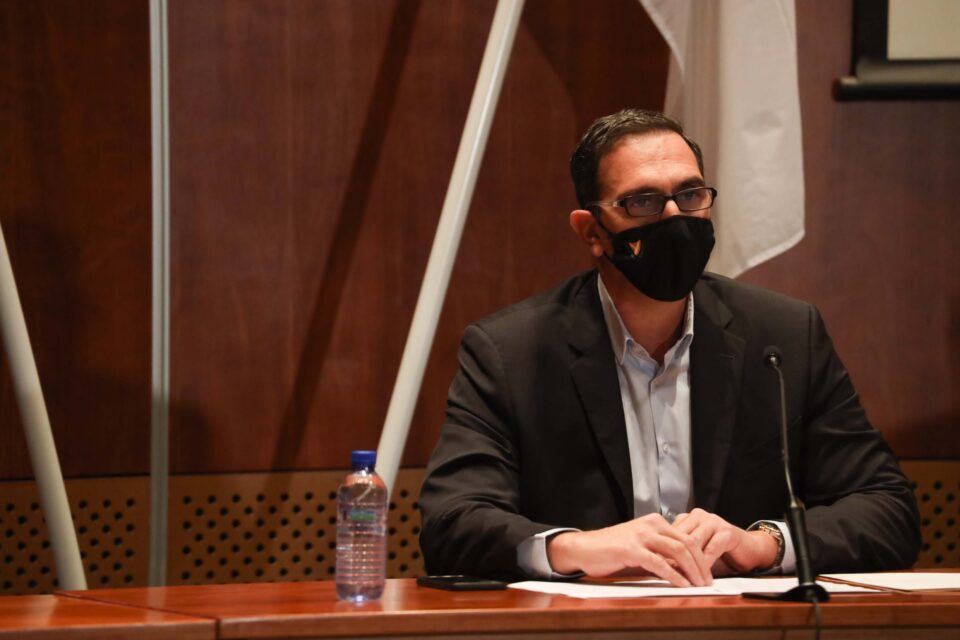 The government on Wednesday announced the easing of Covid restrictions, including reopening hairdressers and beauticians on Monday and primary schools and the retail sector on February 8.

There will be mandatory testing on those returning to work.

“As we have stressed many times, de-escalation steps will be very slow, coordinated and controlled, so that the epidemiological situation can be monitored to limit the possibility of worsening,” Health Minister Constantinos Ioannou told a news conference.

Following a three-week lockdown, the cabinet has decided to reopen barber shops, hairdressers and beauticians and raise the number of staff physically present in private service companies from 25 per cent to 50 per cent.

Gatherings in houses are banned, except visits of up to two people who are first- or second-degree relatives.

Primary schools, shops and malls will reopen on February 8, along with betting shops, museums, and archaeological sites.

Lyceum third-year pupils will also be going back.

Places of worship will be allowed to operate with the presence of up to 50 people, provided health protocols are followed.

February 8 will also see a rise in the people permitted in visits to homes to four.

The 9pm-5am curfew remains in place. The number of outings per day is still restricted to two and SMS permission to leave home is still required. A number, ‘9’ will be added to the options for hairdressers and beauticians. For house visits, people will have to use ‘5’.

“The decisions are not only taking into consideration the reduction in cases but also other epidemiological indexes like the situation in hospitals, which remains quite difficult,” the minister said.

Ioannou said the authorities wanted to avoid “high-risk hasty moves” that will undermine the effort to restart social and financial activity as soon as possible.

The minister said the aim of the two-stage easing of the lockdown was to restrict movement and contacts as much as possible. The one-week delay affords authorities the time to intervene if there is a problem, he added.

Ioannou conceded that the de-escalation could cause an uptick in infections, as was the case in other countries like Malta, but rigorous testing would serve as an early warning.

There will also be obligatory weekly rapid testing among staff already physically present in their workplaces (those who continued to work during the lockdown).

The authorities have raised the number of testing stations to cope with increased demand.

Ioannou said it had not been yet decided whether to test students returning to school but the personnel will be screened.

The minister also said the authorities decided to ban access to nature trails after the scenes in Troodos last weekend of hundreds of visitors crowding the square.

Ioannou said such scenes were regretful and suggested that better monitoring should have been in place.

“But it is also our mentality as a people. We have been stressing personal responsibility for so many months and yet we saw hundreds of people and these scenes in Troodos. We have not yet realised the significance of having 30 people fighting in the ICU each day and announcing the death of people daily,” he said.

“You realise we are forced to take certain decisions and those who really want to visit nature trails will pay the price for the behaviour of a small number of citizens.”

From Monday, February 1, the following will take effect:

From Monday, February 8, the following will also apply:

Further clarifications that may arise on the implementation of the measures will be given within the day, the ministry said.