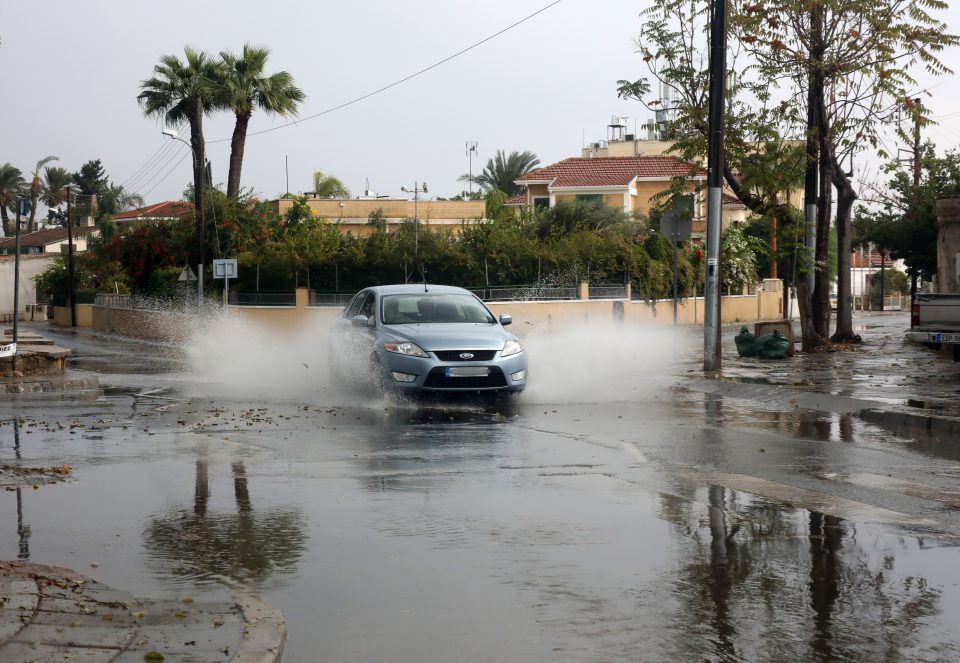 The met office issued a yellow weather warning from 8pm on Thursday until 11am Friday for heavy rain and isolated thunderstorms.

“Local showers and isolated thunderstorms are expected. The rain intensity may exceed 35mm per hour,” the met office warning said.

The public is urged to be alert and take extra care in exposed areas, like in mountains, forest areas and open terrain. Disruption to outdoor activities is possible, the met office said.

Temperatures on Thursday evening are set to drop to 5C inland, at around 10C on the east and south coasts, around 12C on the west and north coastal areas and -3C on the higher mountainous areas. Frost is likely to form in the mountains and possibly in the semi-mountainous areas. The snow in Troodos Square was at 3cm on Thursday afternoon.

On Friday, local showers, isolated storms are expected as well as snow in the mountain areas. Moderate to strong winds, 4 to 5 Beaufort are expected mainly in the northeast.

The temperature will rise to 12C inland, around 14C on the coast and 3C in the higher mountainous areas.

Very strong winds are expected on Saturday as well as local showers, isolated storms and snow in the higher mountain areas.

Sunday and Monday are expected to be partly cloudy while a gradual temperature rise, above the seasonal average, is expected.

‘See Me: A Global Concert’ overcomes borders in multi-artist effort

Juventus’ Ronaldo under investigation over trip to Alps