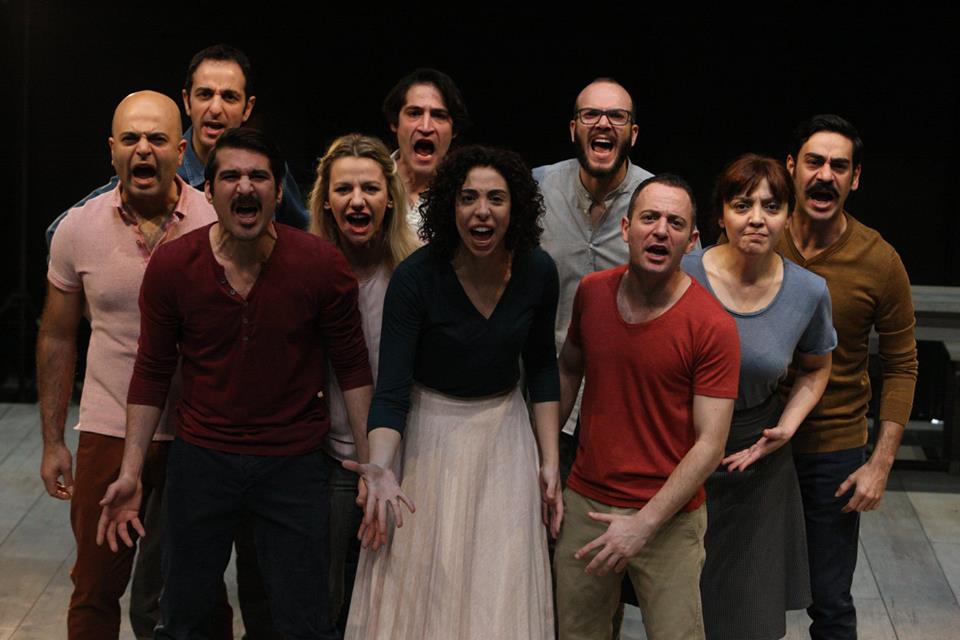 'Τhe Pandemic Has Brutally Tested The Stamina, Limits And Patience Of Any Creative' (thoc)

In an open letter published last Friday, Limassol’s Pattihio theatre director Vasos Argyridis extended an apology to the government and the public.

“We promise we’ll do our best so our children steer clear of our terrible mistake,” the letter reads. Their mistake? Choosing a career in the arts.

The letter went on to pledge that the community of artists would ensure their children went on to choose sensible careers like law and accountancy.

The ironic dig reflected the community’s disillusionment with the way the government has handled their needs during the pandemic, both in terms of measures and financial aid.

At the beginning of the coronavirus pandemic, the worldwide focus on preserving public health and saving the global economy from collapse thrust some sectors to the foreground, leaving others in the dark. Almost a year on, theatres and concert venues remain closed, threatening the livelihoods of performers, actors and musicians.

With cultural spaces shut for the past ten months, the term “starving artist” is starting to hit a little too close to home. Theatres have not been able to operate normally since the start of the pandemic, only permitted to briefly work at a limited capacity between lockdowns, which has resulted in substantial financial losses and disruption to scheduled show runs.

Most arts professionals have not been able to work since March, with many excluded from the first €900 grant offered by the government at the start of the pandemic and others having to wait months to receive it.

“The pandemic has brutally tested the stamina, limits and patience of any creative, no matter their discipline,” Cyprus Theatre Organisation (Thoc) board of directors chair Antigone Papaphilippou told the Sunday Mail. “Closed theatres are equal to frozen opportunities and plans that remain indefinitely suspended, or at best, postponed to an uncertain future.”

One veteran actor described the past year as “catastrophic”. He explained that most of the 2020 productions he was a part of never went ahead, with the one that did forced to end two days after its premiere following the tightening of measures in December.

“This isn’t a new thing,” said the actor who did not want to be named. “The arts are systematically downgraded everywhere, not just in Cyprus, but that grant was humiliating. The average actor doesn’t just want a handout, they want to work”.

The government and the public should understand is that theatre work needs time, Thoc theatre development officer Marina Maleni told the Sunday Mail. “There are rehearsals to plan, shows to be scheduled, tickets to be sold. It’s not a job you can just snap right into, and the uncertainty is putting further strain on the culture sector.”

Maleni was quick to point out that the pandemic has not only affected performers, but the full spectrum of the industry. “There are also technicians, directors, basically everyone working behind the scenes, not to mention the owners of performance spaces.”

Professional artists union (Pasynek) president Giorgos Giorgalletos also painted a grim picture, saying that a huge number of artists have not received any form of help since April, which has left some destitute as they have been out of work since March. “In some cases, we have had to provide members of our community with food and other supplies,” he told the Sunday Mail.

To help those in immediate need, Pasynek organised two fundraising events that were livestreamed from Pattihio theatre in Limassol on January 23 and again on Saturday night, with dozens of performances. The union reported great success, thanking the public for their donations, but Giorgalletos said this is not a sustainable way of ensuring artists get their due.

On January 22 the government announced a second €900 grant would be paid, with changes to the eligibility criteria to ensure it reaches more people this time around. “We are satisfied with the outcome, but the real question is how long it will take,” Giorgalletos said.

And beyond the physical struggle to survive, Papaphilippou said that the pandemic has deprived the public of their much-needed access to culture. In the same vein, Maleni named three main “pillars” to the performing arts: the professionals, the financial bodies and the audience. The symbiotic relationship the industry has with its audience is why, according to her, online shows cannot be the only way forward for the culture sector. This came right as Limassol’s Rialto announced a run of online shows coming in February.

“Performance is an exchange between the performer and the spectator, and a collective experience,” she said. “It was remarkable to see how well-attended shows were when theatres were open between lockdowns. People need this exchange. It’s something that cannot be replicated by watching through a screen.”

The education and culture ministry announced on Thursday that next week, the cabinet will discuss the reopening of the cultural sector as part of the second stage of measure relaxations. “Once theatres are allowed to open,” Papaphilippou said, “we will strictly adhere to the relevant protocols in order to ensure and preserve the circumstances that will afford us that opportunity.”

Another positive is that the Pasynek union has grown to around 1000 members, according to Giorgalletos.

“It’s odd to have come together in such terrible circumstances, but we are hoping to be seen more seriously as a union. We know what our problems are and can provide the solutions,” he said. “If anyone is willing to listen.”

Wins for Liverpool, Chelsea, Leeds and Brighton on busy day