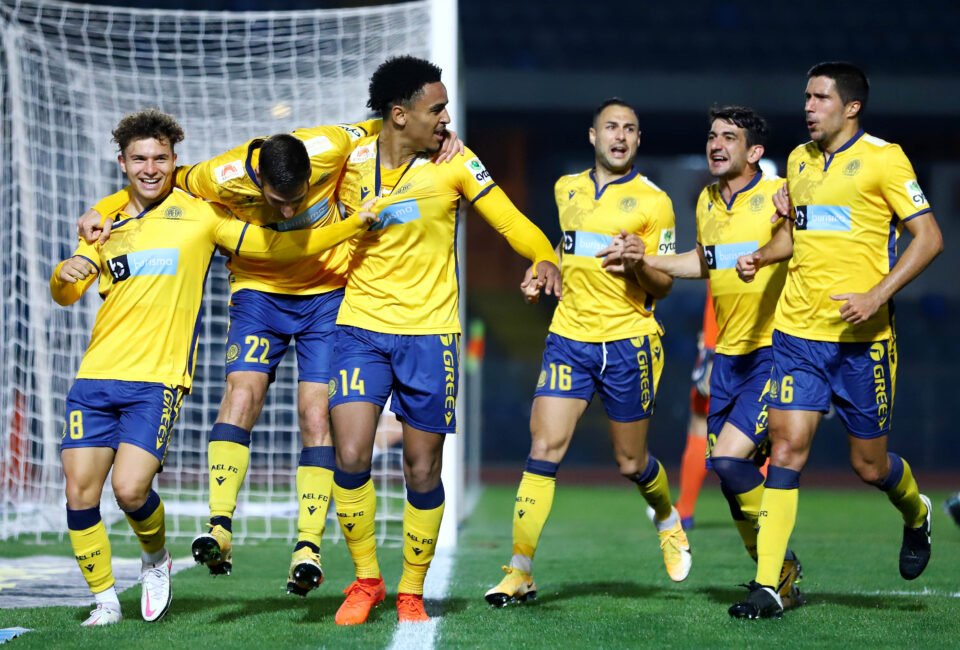 AEL have climbed to second place after defeating Apoel 2-0 in Limassol on Wednesday night.

The loss leaves Apoel in tenth place and with 24 points, five points off the top six.

AEL did not take long to stamp their authority onto the game, with the hosts taking the lead with just five minutes on the clock.

An AEL corner kick sent the ball right to the heart of the Apoel defence, eventually reaching Bruno Santos. Santos’ free header deflected off Christos Shelis before finding an unmarked Andre Teixeira who scuffed it into an unguarded net from close range.

AEL came close to doubling their lead in the 11th minute when Manuel Torres sent the ball to Ryan Mmaee, whose header was tipped towards the post by Apoel goalkeeper Miguel Silva.

The rest of the first half was fairly uneventful, with a number of turnovers and fouls in the middle of the park hindering the spectacle.

In the second half, AEL were awarded a penalty in the 55th minute following a handball by Artur Jorge, with the incident being confirmed by VAR.

Mmaee successfully converted the penalty a minute later to make it 2-0 for AEL.

Apoel would have to wait until the 73rd minute for their first good chance of the second half, when a Marius Lundemo free-kick rattled goalkeeper Vozinha’s bar.

Apoel found three more chances, one in the 84th minute when Ghayas Zahid cut in from the left and aimed towards the near post with a low driven shot with the ball going out wide.

The second chance came a minute later when a header was tipped out for a corner.

The resulting corner found Shelis for a free header but the defender didn’t manage to find his target.