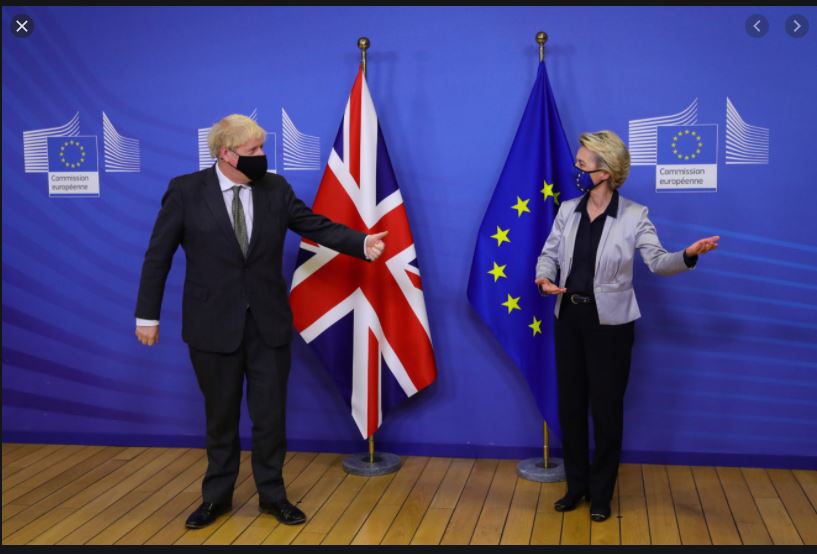 Lawyers on both sides of the Channel have been left in limbo by the Brexit accord. Although Prime Minister Boris Johnson has claimed that “solicitors and barristers got a good deal,” members of the legal profession respectfully beg to differ.

“Substantively however, the provisions don’t achieve much,” David Green, president of the UK Law Society complained that while the inclusion of legal services in the deal was undoubtedly a step in the right direction, “there is little in the substance at this time to facilitate this vital sector.”

His French counterpart, Christian Thévenet, Member of the French National Council of Bar Association (Conseil National des Barreaux) noted that there are “too many unanswered questions, particularly concerning practice structures.”

English and French lawyers agree that the deal as it stands, puts the sector in a position not too dissimilar from what would have been the case without a deal. Legal services worth over £60 billion per year to the British economy are at stake. Yet in a deal focused primarily on the trade of goods, it took incessant lobbying by the UK Law Society to guarantee inclusion of a dedicated section that, even still, spans just 4 pages of the 599-page Brexit deal.

One of the most difficult challenges is the UK’s inability, thus far, to join the Lugano Pact. This 2007 Convention is an international agreement on which country’s courts may hear civil or commercial cross-border disputes and which decisions can be enforced. Without UK adhesion to the pact, this means, in simple terms, that there is no guarantee that a decision by a UK court on a cross-border matter will be recognised by the counterpart European state court.

The UK Law Society made a last-minute plea at the end of November to join the pact, in an effort to resolve Brexit challenges.

“Losing the Lugano framework means reverting to the national laws of each country to decide which court has jurisdiction over a legal issue and whether a judgment will be recognised and enforced,’ Green said. “The wealthiest corporations and individuals will still be able to enforce their rights, but without Lugano access to justice will be denied to those with smaller budgets.”

Brussels has, however, opposed UK adhesion to the pact thus far.

Previously, UK lawyers benefitted from extensive access to EU legal markets. They were able to establish under home title in any EU state and advise on matters of UK law, host law and EU law alike. They could provide temporary cross-border legal services and gain the title of lawyer in a member state easily, by either practicing there for three years or taking some exams.

Now, UK solicitors will rely on minimum trade standards to advise only on home and public international law, losing the right under EU membership to advise on host state and EU law. The latter mentioned rights could still apply, but will be dependent on domestic restrictions, which differ within the bloc.

Christian Wisskirchen, head of International Policy at the British Bar Council explained to the Cyprus Mail that lawyers now face the daunting complexity of 27 different regulatory regimes, some of which, without amendment, will decimate trade of legal services.

In the Czech Republic, for example, UK solicitors will now have to become residents to give legal advice on host or EU law. Wisskirchen added that given the UK’s decision to uphold its liberal regulatory regime for third country lawyers, “the current situation sees EU lawyers retain more rights of practice in the UK than vice versa.”

Nick Holland, a partner at McDermott Will & Emery told the Cyprus Mail that most lawyers assumed admission to this crucial pact would come with a trade deal, and that its absence has instigated a “sense of limbo” and “general misgivings about the enforceability of British judgements.”

Part of the reason legal services contribute so significantly to the economy is that London, due to its renowned judicial system and large pool of legal talent, has become a preferred legal disputes hub. This means that if claimants have a choice about where to instigate legal proceedings, they usually choose London – a tendency that has made great business for the sector. The uncertainty that comes with failure to obtain admission to the Lugano pact, according to Holland, has already resulted in “difficult business for litigators.”

If the Brexit deal is anything, it is frighteningly complex, and in the short term this is playing into the hands of some solicitors. Laura King, global head of people and talent at Clifford Chance revealed in a company newsletter that the deal is generating enormous amounts of work. “Simple things like how clients label their products are requiring a significant legal rethink.”

Long term, the legal sector will be reliant on further negotiations and deals to prosper. As things stand, the general tone throughout the legal community is sombre. “If voters had any idea the kind of legal headaches Brexit would cause,’ said Mathew Ginman, a solicitor in charge of relocating operations to Brussels for a large London-based firm, ‘they would never have done this to us. It’s a disaster.”

A 2018 study estimated that a no-deal Brexit would cost the British legal sector 12,000 jobs and a £3 billion hit in annual revenue by 2025. Unless new accords are arranged, this is going to hard for barristers and solicitors to swallow.