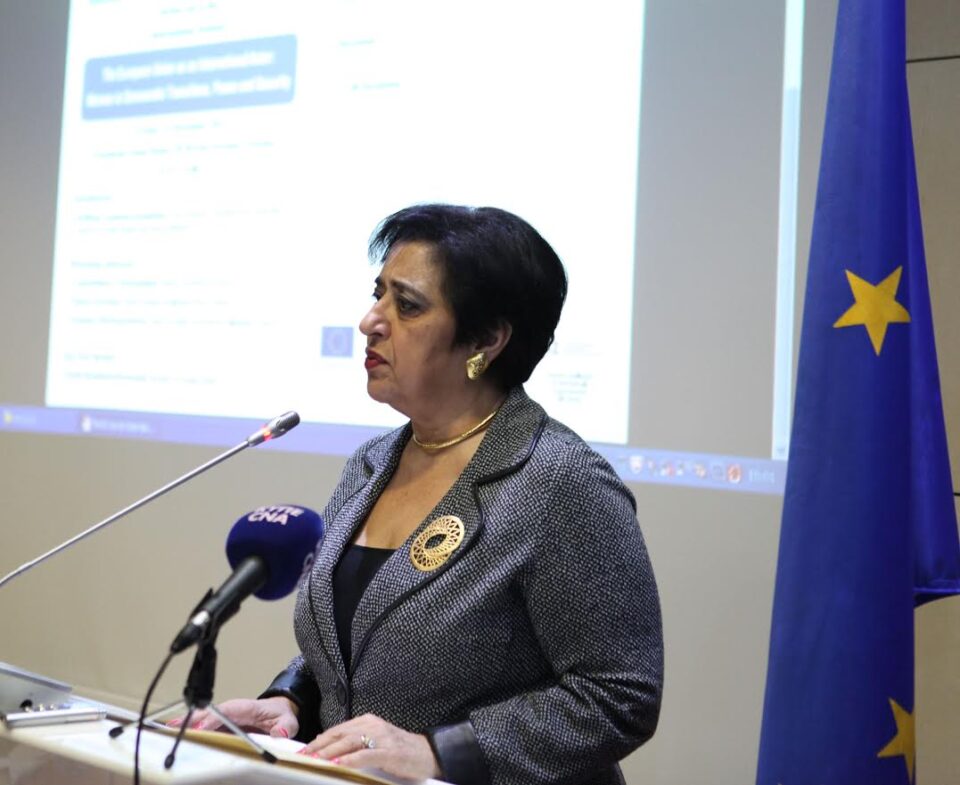 Former foreign minister and member of the Cyprus negotiating team Erato Kozakou-Marcoullis expressed her disappointment on Thursday because she was not officially informed by the palace that she would not be part of the process going forward.

Marcoullis, who has been member of the negotiating team since 2016, told Politis radio’s ‘Control Panel’ show that President Nicos Anastasiades recently held two meetings with the new negotiating team, of which it seems she was no longer a member and was not officially informed of this.

“It is the president’s right to choose his advisers but […] to-date, no one from the previous negotiating team was informed by anyone about this,” Marcoullis said. “One cannot behave in such a way to people who offered such support.”

Marcoullis, who had been since 2014 head of the working group on properties and in October 2016 was also included in the negotiating team, raised a question as to why there has been a change to the composition as new talks loom.

“Why this change at such a crucial moment, at a time when everything is headed towards the derailment of the Cyprus problem?” she asked.

Marcoullis, who has always said she has no political affiliation, served as foreign minister in the Tassos Papadopoulos government from July 2007 until March 2008 again in the same ministerial role in the Demetris Christofias administration from August 2011 to February 2013.

She is now concerned because, she said, this is the first time in all the years she has been handling the Cyprus problem going back to the 1980s, that “a derailment” is occurring.

“I have experienced all the negotiations phases. This is the first time we face such a negative and dangerous situation: both Turkey and the Turkish Cypriot leader reiterating there will be no discussion on a federal solution and we will go to a two-state solution.”

In 1992, she recalled, when then President Giorgos Vassiliou was negotiating with then Turkish Cypriot leader Rauf Denktash on then UN Secretary-General’s Boutros Boutros-Ghali’s ‘Set of Ideas’ that Denktash started talking “of two sovereign peoples”. Ghali, she added, reacted strongly and criticised the manoeuvre in his subsequent report.

Today, Marcoullis said UN Secretary-General Antonio Guterres has stated publicly that he is willing to listen to other ideas from the parties if they shared a common view of the way forward.

Marcoullis also said however, this is also first time that there is no convergence of opinion between the two leaders on what the basis of talks actually is.

“Until November 2019 we had a very important agreed framework also on convergences, the Guterres Framework, the joint declaration of 2014, there was a reaffirmation of the two leaders that they were committed to what had been discussed,” Marcoullis explained.

She also said that the Greek Cypriot side had failed to help former Turkish Cypriot leader Mustafa Akinci get re-elected last October by helping create a positive climate. She said Akinci “was so close to our own vision for the reunification of the country.”

Eager to eat out, Malaysians get a taste for drive-in dining