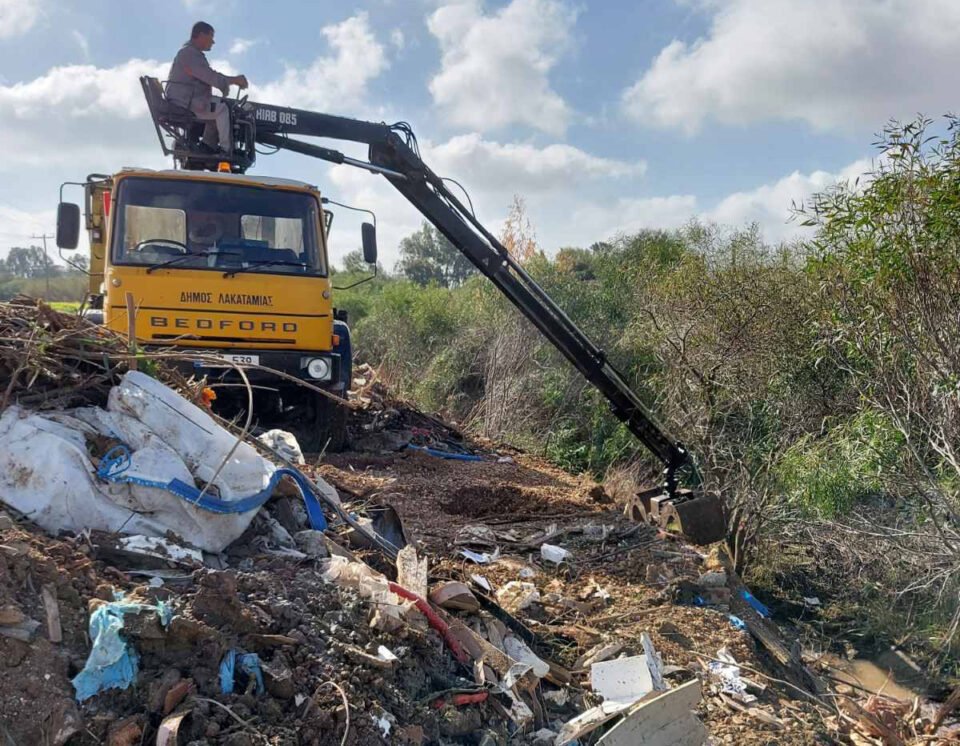 Some of the rubbish cleared from the riverbed

Work is underway for the removal of an estimated 250 tonnes of rubbish dumped in the Pedieos riverbed, it was announced on Wednesday.

The agriculture ministry said that crews of the Lakatamia municipality have so far removed around 15 truckloads of rubbish, estimated to weigh around 150 tonnes.

“The rubbish collection will continue in the coming days and it is expected that a total of more than 250 tonnes will be removed from the area,” it said. The rubbish, that includes old furniture and other unwanted home equipment, garden trimmings and other materials will be taken to licensed waste management units.

The decision to remove the rubbish was taken recently following a visit in the area by Environment Commissioner Klelia Vassiliou, following complaints on social media of the Pedieos riverbed being turned into a dumpster.

“The images recorded in the area by the officials of the Department of Environment are heart-breaking and are a shame for our country and our culture,” it said.

It added that the tonnes of rubbish amassed in the Pedieos riverbed were the result of the continuous and arbitrary dumping by a small portion of people and threatens the delicate balance of the river ecosystem, destroys the natural wealth of the country and degrades the environment.

“Cleaning the riverbed will help the maintenance and further growth of the river ecosystem,” the ministry said.

Members of the Greens said, however, that the Lakatamia municipality had also been dumping construction debris in the riverbed and surrounding area.

The ministry called on people to use the green spots when they need to dispose bulky items and rubbish and recalled that fly tippers were subject to fines up to €4,000 and/or criminal prosecution.

Coronavirus: WHO says use AstraZeneca for all ages and variants