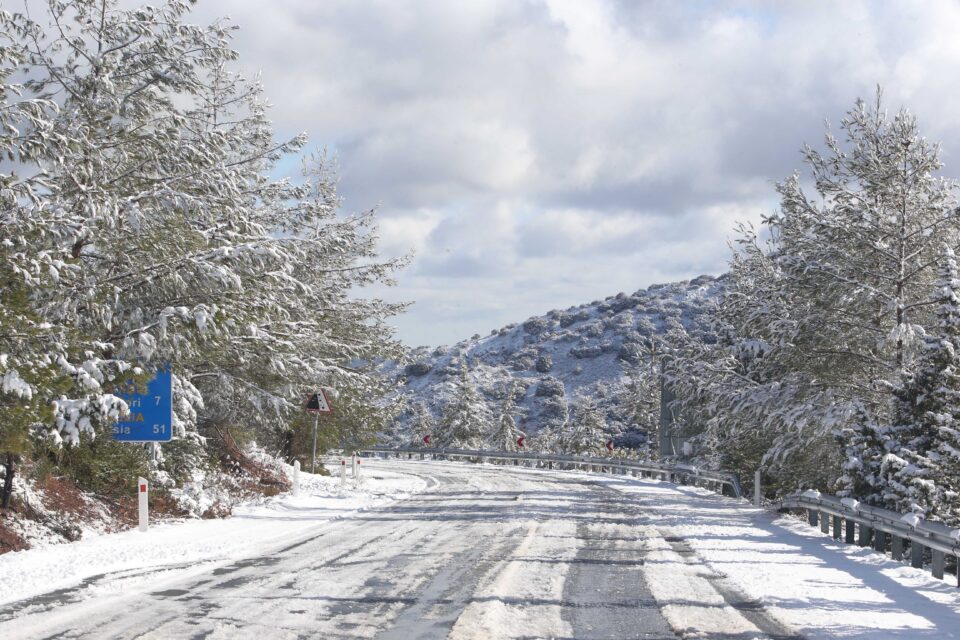 Temperatures are set to plummet in the next few days, the meteorological service said on Tuesday.

Cyprus is in the midst of a milder version of snowstorm Medea which has covered Greece with snow since the weekend, met service head Kleanthis Michaelides told state broadcaster CyBC.

After daytime temperatures fell from 22C to 12C, they were expected to plunge even lower on Tuesday night to 4C inland, 8C in coastal areas and -3C in the mountains. Frost and rain are expected for most areas, with snow set to reach the foothills.

Meanwhile, the Pomos dam overflowed on Tuesday, becoming the first to overflow in 2021. The Argaka dam is expected to follow, while the one in Asprokremmos, which is the largest in Cyprus, is at 86 per cent capacity.

More rain is forecast for Wednesday, with more snow in the mountains and temperatures set to reach 9C inland, 10C in coastal areas and -1C in the higher mountains.

The weather will start to improve on Wednesday night but temperatures will remain lower than normal for this time of year, and showers will continue until the weekend.

The police announced that the Prodromos-Troodos road is closed due to heavy snow, while roads to Troodos are currently only open to four-wheel drives and vehicles with snow chains, due to snow and ice.