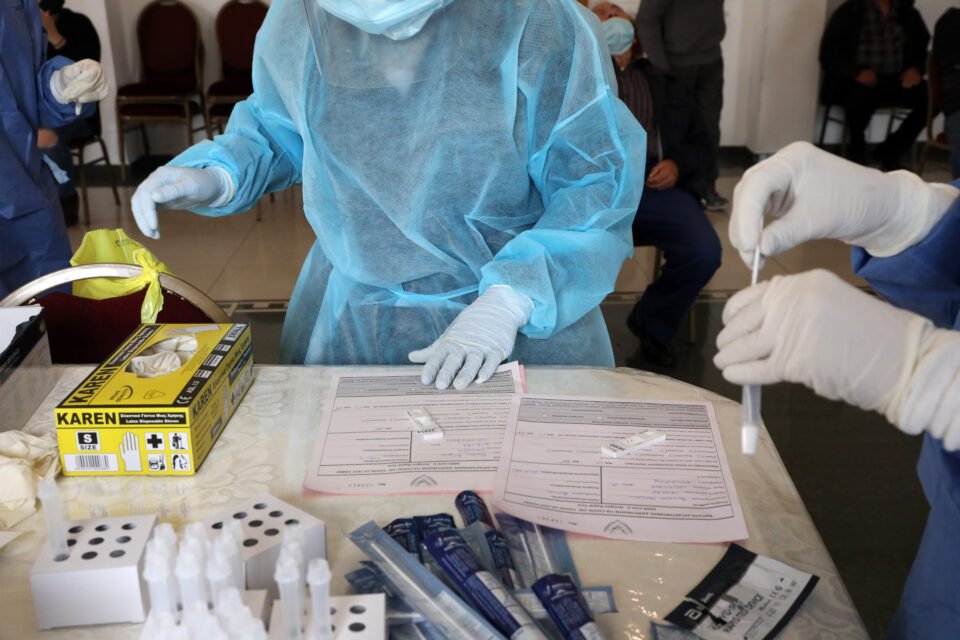 The health ministry denied Thursday that procedures for the fast acquisition of rapid antigen tests were flawed, as the audit service launched a probe into one deal involving 400,000 assays procured from a company which had been set up around a month before the competition.

Daily Phileleftheros suggested millions were being spent through express processes while casting doubt on the quality of the kits themselves.

In a written statement on Thursday, the health ministry said the pandemic was an unpredictable event and conducting tenders through urgent (closed tender) procedures “is fully justified.”

“It is stressed that based on the law, the timeframe of an open tender is at least two months and, in this case, opting for an open procedure worsens uncertainty in other sectors too, apart from public health and the economy,” the ministry said.

The ministry stressed that procedures included all the available companies, which could supply the state with quality products, noting that between 19 and 26 entities had taken part.

“Uncertainty is an inherent characteristic of pandemics as regards their progress and applying the same procedures again cannot be ruled out at least until the country’s epidemiological situation stabilises,” the ministry said, adding that an open tender for the procurement of 740,000 tests was already underway.

Health authorities have decided to carry out mass testing in a bid to catch and deal with any outbreaks early to prevent a third wave of infections.

To do this, it opted to buy hundreds of thousands of relatively cheap antigen rapid tests with high effectiveness – around 95 per cent — though not as high as their PCR counterparts.

The cost of rapid testing is one-sixth that of the PCR, the ministry said.

Recognising the island’s strategic planning, the European Commission has decided to supply Cyprus with 500,000 rapid tests worth €2.5m free of charge.

The issue emerged after members of the association of medical and scientific equipment importers wrote to the ministry, the auditor-general, and the attorney-general, inquiring about the conditions under which the tender was awarded to a company that was set up a month before.

More questions were raised after a batch of the 400,000 tests appeared to be faulty.

That issue had been spotted by the health ministry before it was distributed to the testing locations and was quickly resolved.

Antigen tests work by mixing the sample taken from a person with a solution that releases specific viral proteins.

That combination is then applied to a paper strip that contains a bespoke antibody optimised to bind these proteins if they are present.

The problem with the particular batch was that more solution had to be applied on the strip for it to work.

The audit service said it was looking into the procedures, since closed tenders were considered high-risk by definition.

Meanwhile, also on Thursday,  the EU Health Security Committee agreed on a common list of rapid antigen tests, a selection for which member states will mutually recognise their results, and a common standardised set of data to be included in test result certificates.

Commissioner for Health and Food Safety, Stella Kyriakides, said: “Rapid antigen tests are crucial to slow down the spread of Covid-19 and should be part of our overall response to the pandemic. If negative Covid-19 tests are to be required or recommended for any activity, it is essential that they are mutually recognised, and result in certificates recognised across the EU. This is essential, particularly in the context of travel. Our citizens need clarity and predictability.”