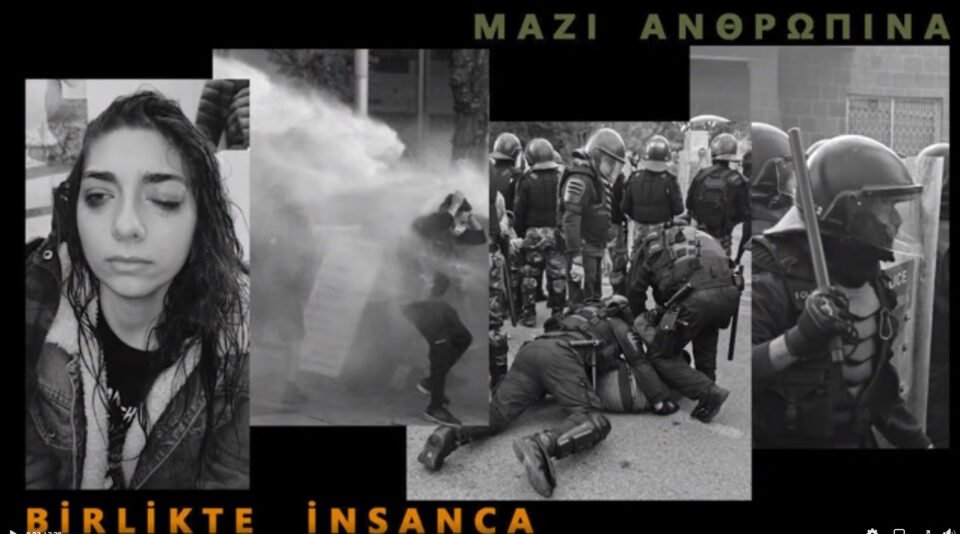 Turkish Cypriots on Friday expressed their solidarity with Greek Cypriots fighting against police violence and corruption.

In a video published on social media, Turkish Cypriots and others living in the north sent a personal message across the divide.

“This is for our friends on the other side of the (temporary) border, to remind them that they are not alone and never will be,” the description of the Facebook video said.

it was referring to last Saturday’s protest march, in which hundreds participated, several of whom were injured by police who have been accused of using disproportionate force against the protesters.

“Together we will defeat the violence and corruption in our island. No matter where it comes from,” he added.

Other Turkish Cypriots also expressed their supports in various posts.

Others took the opportunity to express hope for a united Cyprus.

“Corruption and division go hand in hand. We do not want to live under a police state. We have to built a common future together,” another person said in English.

Under the title dubbed “together humanely” in both Turkish and Greek, the posted video highlighted that protesting was a constitutional right and police brutality was unacceptable.

Four investigators have been assigned to look into whether police used excessive force. A 25-year-old local musician who participated the protest had her sight damaged and had to undergo surgery after a water cannon swept her off her feet.

Electronic: an exhibition dedicated to the club experience