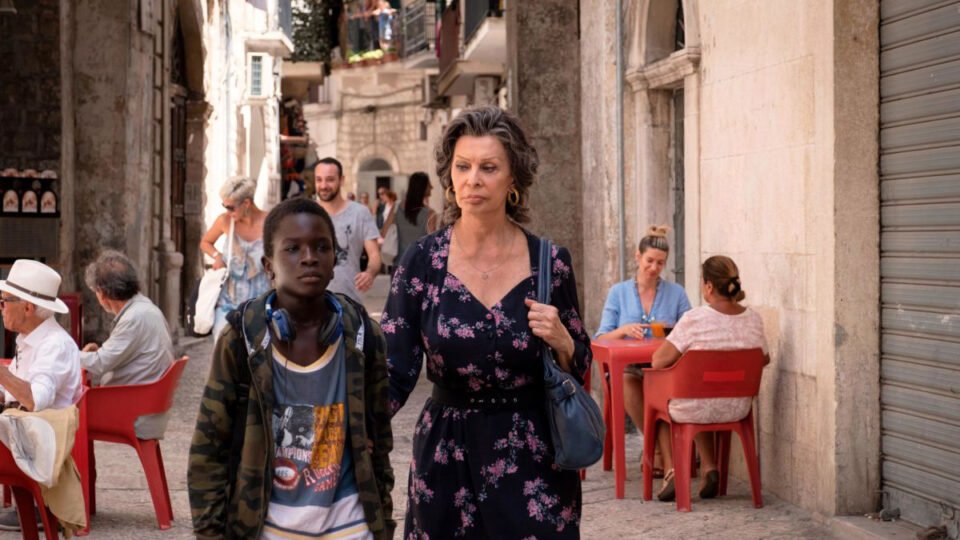 Having the ability and opportunity to direct a feature length film are a gift to any filmmaker. Add to that not only being able to cast legendary Italian actress Sophia Loren in it, but also to cast your own mother in one of the lead roles, for the two are one and the same. Having registered that artistic and financial privilege, it is reassuring to see that director Edoardo Ponti makes the most of his generous artistic resources in the film The Life Ahead (La Vita Davanti a Sé).

The Life Ahead, on Netflix since the end of last year, is based on a novel called The Life Before Us by French author Romain Gary and tells the story of elderly Holocaust survivor Madam Rosa who reluctantly takes a young Muslim boy, Momo, under her care. Although the original tale is set in Paris, Ponti and Ugo Chiti, the two screenwriters, have adapted the story for modern day Italy. That this alteration actually works as well as it does is both a positive reflection on the writers’ sensibilities as well as a damning indictment on European politics, particularly as it relates to colonial powers and their transmutation to their more modern, purportedly more introverted iterations.

Despite its lean 95-minute run time, The Life Ahead manages to convey a fair amount of messages and touch on a number of different topics, sometimes quite explicitly and other times in a more implicit manner. In Momo, the young Senegalese orphan growing up in Italy, Ponti blends Gary’s original story with Italy’s present to navigate the issue of immigration, poverty, prostitution, not having a family or a home, drug trafficking and the inadequacy of the social welfare system.

The little boy who plays Momo, 12-year-old Ibrahima Gueye, delivers an exceptional performance emoting anger, resentment, cynicism, pessimism and vulnerability in a fashion older and more mature actors sometimes struggle to do. Which makes it puzzling why Ponti felt some scenes necessitated voice-over narration by Momo, particularly during a scene in which Momo uses money earned from drug dealing to purchase an electric bike. “I have my whole life ahead of me. I won’t suck up to happiness. If it shows up, great. If not, who gives a shit?” he says as we see him riding along.

In Rosa we see the remnants of an incredibly difficult life on a number of levels. A retired prostitute, Rosa spends her twilight years caring for other prostitutes’ children, some indefinitely and others as a sort of permanent daycare. But Rosa is also a Jewish holocaust survivor, finding comfort in a dreary basement room in case ‘they’ come for her. Loren’s portrayal of Rosa’s diminishing wits but underlying sense of empathy is expertly delivered, vividly pushing across the vicious vacuousness of dementia, the post-traumatic effects of Nazi persecution and the resulting distrust in doctors, as well as the bittersweet notion of her few precious memories, all distilled in a fading photograph of Mimosa trees in the Tuscan city of Viareggio. “In the spring, the mimosa trees exploded with yellow flowers. They were so beautiful it made me cry. I would give up all of my memories just to keep this one,” she tells an inquisitive Momo.

Prior to The Life Ahead, Loren had not been part of a feature length film since 2009’s Nine, but even then she was not expected to do any heavy lifting, so to see Loren perform in a role this nuanced and in a film as well-made, despite the absence of a particularly original plot, is gratifying and should be very much appreciated. If this is Loren’s final leading role, it is a fine parting gift to her audience.