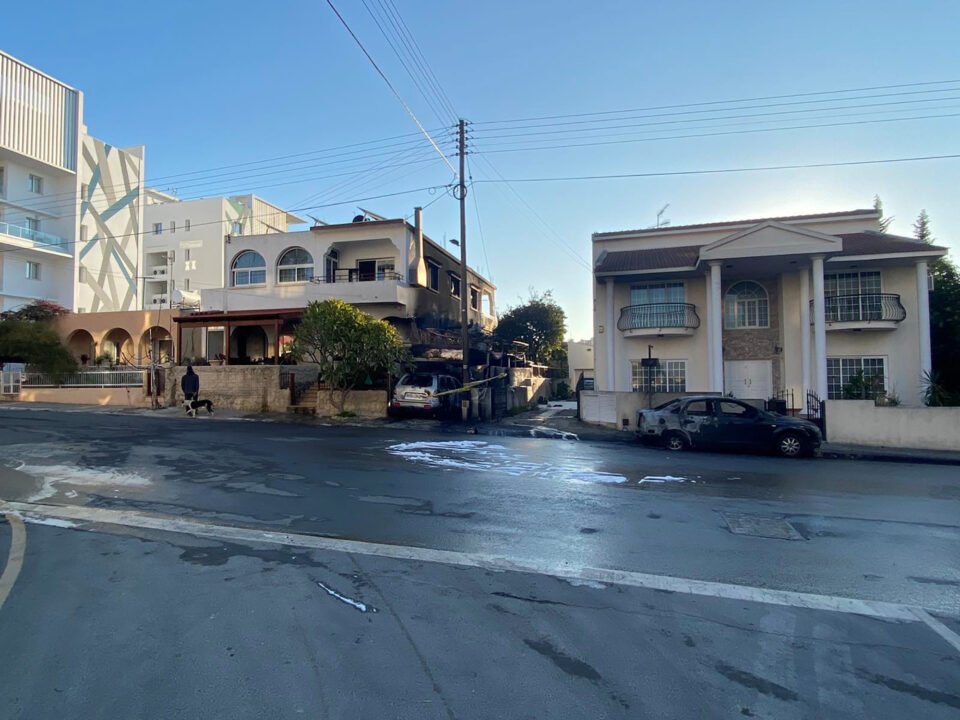 A freak accident in the garage of a private home in Larnaca set of a chain reaction that ended with six cars being destroyed on the same street in the early hours of Tuesday.

According to CNA, the fire service received a call just before 4am that two cars were on fire at adjacent homes on Kalymnos Street, near the Faneromeni area, and that the flames were spreading to other vehicles on the street.

It appears that the first car fire, which caught fire due to a short circuit, ignited a quantity of oil stored in containers in the same garage and the subsequent blaze damaged the ground-floor house and the second floor of the same building.

And because the street was on a slope, the flammable substance, rolling downhill, carried the flames down the street, igniting another five cars on the way. In all six cars were on fire by the time the fire brigade arrived. It took them around an hour to put out the fires.

The area was cordoned off and investigations into the exact circumstances of the accident got underway at first light.