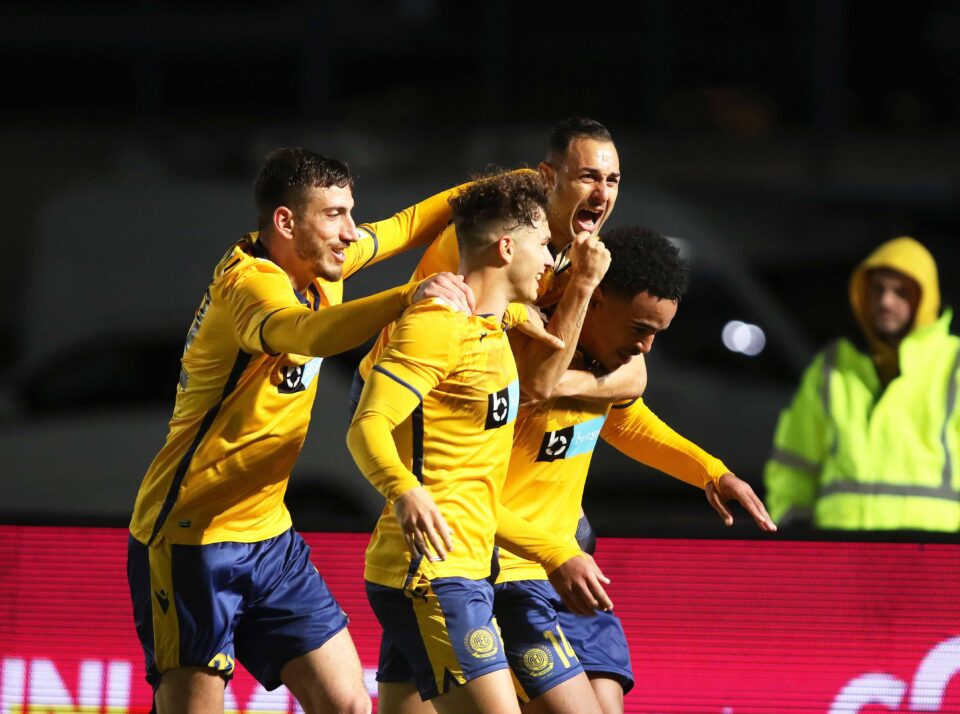 AEL kicked off the play-off phase of the Cyprus First Division on Friday with an emphatic win and a message sent to title contenders Omonia and Apollon that they are not top of the table by accident.

The Limassol side thrashed visitors AEK Larnaca 3-0 to top the standings by two points, before Omonia have the chance to reclaim top spot against Olympiakos on Sunday.

The first ten minutes of the game promised a much more balanced affair since AEK were the side who found the first decent chance of the game.

In the sixth minute, Andreas Makris was released down the left wing before cutting inside and finding Acoran Barrera who set Ivan Trichkovski for a shot on the right side of AEL’s penalty area but the latter’s low driven shot went out wide.

The game took a dramatic change in the 19th minute when AEK central defender Joan Truyols received a red card in an incident involving Minas Antoniou. Truyols initially received a yellow for a harsh tackle on Antoniou but then received a straight red card for presumably spitting on the ground but towards the direction of an AEL player. The incident was checked by VAR but the footage being reviewed was not shared with the viewing audience, although a replay was shown.

The balance of the game shifted greatly in the minutes following the red card with AEL now visibly having the upper hand.

The home side took the lead in the 29th minute when Bruno Santos headed the ball into the net after Andre Teixeira’s lofted cross found the Brazilian inside the penalty.

AEL essentially put the game to bed in the 45th minute when Ryan Mmaee successfully converted a penalty won by Manuel Torres two minutes earlier after the Spaniard was pulled back by compatriot Abraham González.

AEL won a second penalty in the 49th minute when Lafrance chopped Mmaee down inside the penalty area.

Ryan Mmaee’s penalty was initially saved by AEK goalkeeper Joël Mall, but Mmaee managed to send the ball into the net on the rebound.

AEL had another good chance to score in the 72nd minute when Donis Avdijaj was released into space on the left-hand side of AEK’s penalty area but his shot with the outside of his right foot was tame enough for it to be easily saved by Mall.