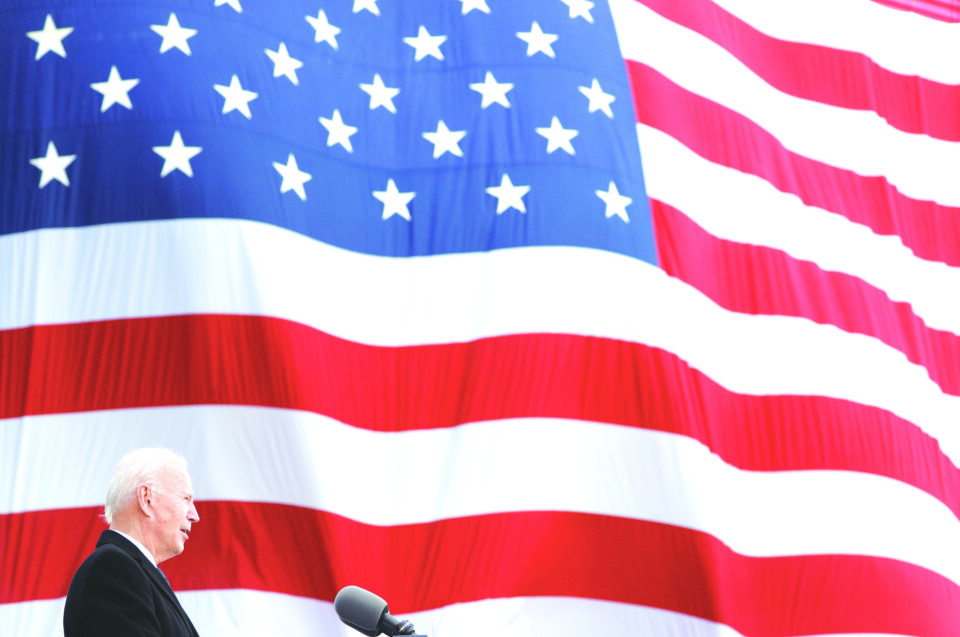 President Joe Biden on Thursday directed U.S. military air strikes in eastern Syria against facilities belonging to what the Pentagon said were Iran-backed militia, in a calibrated response to rocket attacks against U.S. targets in Iraq.

The strikes appeared to be limited in scope, potentially lowering the risk of escalation. It was not immediately clear what damage was caused.

Syrian state-owned Ekhbariya TV said the strikes had been at dawn against several targets near the Syrian-Iraqi border, and quoted a medical source at a hospital in the area and other unspecified local sources as saying 17 people had been killed. That toll could not be independently confirmed.

Biden’s decision to strike only in Syria and not in Iraq, at least for now, gives Iraq’s government some breathing room as it carries out its own investigation into a Feb. 15 attack that wounded Americans.

“President Biden will act to protect American and Coalition personnel. At the same time, we have acted in a deliberate manner that aims to de-escalate the overall situation in both eastern Syria and Iraq,” Kirby said.

He said the strikes destroyed multiple facilities at a border control point used by a number of Iranian-backed militant groups, including Kata’ib Hezbollah and Kata’ib Sayyid al-Shuhada.

After the air strikes, the Iranian and Syrian foreign ministers spoke and underlined “the need of the West to adhere to U.N. Security Council resolutions regarding Syria,” Iranian government website Dolat.ir said.

A U.S. official, speaking on condition of anonymity, said the decision to carry out the strikes was meant to send a signal that, while the United States wanted to punish the militias, it did not want the situation to spiral into a bigger conflict.

The official said Biden was presented with a range of options and one of the more limited responses was chosen.

Michael McCaul, the top Republican on the House of Representatives’ foreign affairs committee, said the strikes “remind Iran, its proxies, and our adversaries around the world that attacks on U.S. interests will not be tolerated.”

Suzanne Maloney, of the Brookings Institution think tank, declared the strikes a “Good move” on Twitter, saying they showed the Biden administration could both negotiate with Iran on the nuclear deal and push back against the militias Tehran backed.

The rocket attacks on U.S. positions in Iraq were carried out as Washington and Tehran seek a way to return to the 2015 nuclear deal abandoned by former U.S. President Donald Trump.

It was not clear how, or whether, the strike might affect U.S. efforts to coax Iran back into a negotiation about both sides resuming compliance with the agreement.

In the Feb. 15 attack, rockets hit the U.S. military base housed at Erbil International Airport in the Kurdish-run region, killing one non-American contractor and wounding a number of American contractors and a U.S. service member.

Another salvo struck a base hosting U.S. forces north of Baghdad days later, hurting at least one contractor.

Rockets on Monday hit Baghdad’s Green Zone, which houses the U.S. Embassy and other diplomatic missions.

The Kata’ib Hezbollah group, one of the main Iran-aligned Iraqi militia groups, denied any role in the rocket attacks.

Some Western and Iraqi officials say the attacks, often claimed by little-known groups, are being carried out by militants with links to Kata’ib Hezbollah as a way for Iranian allies to harass U.S. forces without being held accountable.

Since late 2019, the United States has carried out high-profile strikes against Kata’ib Hezbollah in Iraq and Syria in response to sometimes deadly rocket attacks against U.S.-led forces.

Teens cook: how to make spaghetti and meatballs for two