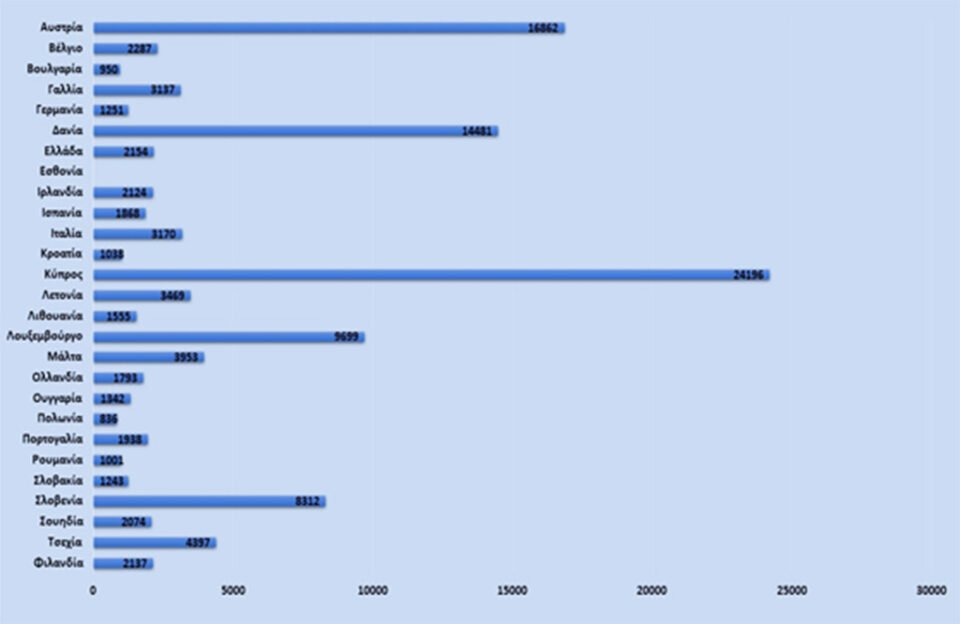 Cyprus continues to top the list of EU countries with the most tests per 100,000 population, and is third as regards vaccinations, the health ministry said on Monday.

The health ministry recalled that testing was part of its three-fold strategy for managing the pandemic: ‘testing-monitoring-vaccinations’.

Citing data published on OurWorldInData website, the ministry said Cyprus ranked third among EU countries in terms of the administration of at least one vaccine dose, with an average of 8.7 doses per 100 people (data up to February 26). Malta ranked first with 17.25 doses per 100 followed by Denmark with 10.26/100.

According to the health ministry, so far, 78,642 vaccinations have been carried out in Cyprus, 20,152 in the last week. In total 22,880 people have been vaccinated with both doses, and 55,762 have received the first one.

“The vaccination coverage of the population continued last week with the age group of 71 years and over, while the vaccination of health professionals and patients who fall into the vulnerable groups in progress,” the health ministry said.

As regards checks to ensure the protocols are observed, it said that 1,160 businesses and 4,531 workers were checked last week while no fines were issued.

Commenting on the current phase of relaxations that started on Monday and concerns the return of all lyceum pupils back to the classrooms and the opening of gyms, dance, music and private tutoring schools with limitations on the number of people served, the ministry said it was important to properly observe the measures for the successful return to normality.

“The epidemiological situation, although improved, remains at a crucial point which can easily worsen,” the health ministry said.

The primary goal is through the adoption of a series of actions, it said, to keep the epidemiological indicators stable until the vaccination coverage of a significant percentage of the population is achieved in the coming weeks.

So far, three vaccines have been evaluated and licensed by the European Medicines Agency: Pfizer/ BioNTech, AstraZeneca and Moderna. Johnson & Johnson has also applied to EMA for license, which is expected to be evaluated in the coming days, the health ministry said.

Omonia back on top, Salamina in trouble in Cyprus playoffs