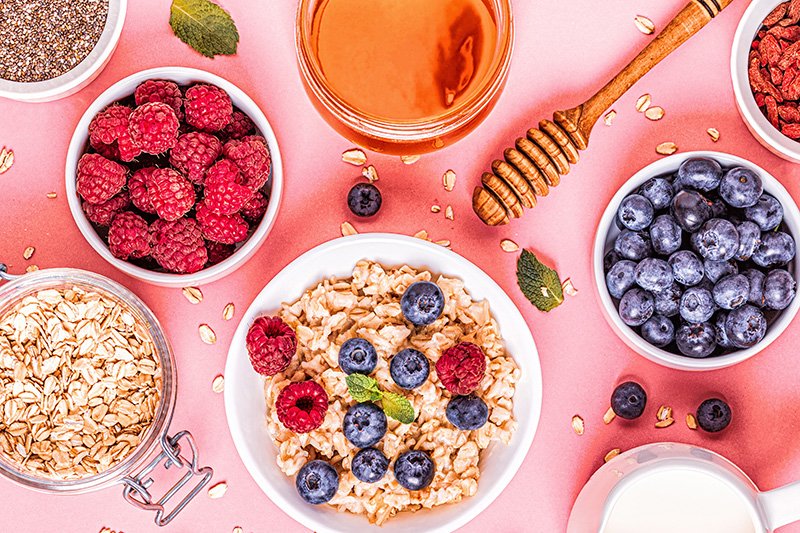 Dietary fibre isn’t exactly the most exciting term in the wellness world. Unlike trendy buzzwords like keto and paleo, it can conjure up images of tasteless grains, and the type of brown-bread sandwiches you hated as a kid.

But fibre isn’t as bland as you think – and there’s good reason why all of us should take conscious steps to make sure we’re getting enough.

A recent study published in The Lancet found people who routinely eat lots of fibre have significantly lower rates of diseases like heart disease, stroke and type 2 diabetes compared with those who consume much lower amounts.

So, why is fibre so important, and what can we do to make sure we’re regularly topped up?

“We recommended that adults eat 30g of fibre a day, but on average in the UK we’re eating much less – about 20g per day,” says Bridget Benelam, nutrition communications manager at The British Nutrition Foundation.

It can be tricky to tell if you’re deficient in fibre, but she says the biggest clue will often be your bowel movements. “A lack of fibre can affect different people in different ways, but suffering from constipation can be a major indicator that you are not getting enough.”

It’s not all about toilet habits though. “Even if you’re not experiencing any symptoms, it’s worth thinking about upping your fibre intakes,” Benelam adds, “as we know that fibre is really important for our long-term health.”

Dietary fibres are found in the indigestible parts of plants, such as the leaves, stems and roots. “Fibre is basically carbohydrates that are found in plant-based foods, like fruit, vegetables, pulses and grains,” explains Dr Naveen Puri, lead physician at Bupa Health Clinics.

Puri explains that fibre is unique because it stays in your digestive tract for nearly the entire digestive process. “Fibre isn’t broken down and absorbed in your small bowel like other types of food, but passes undigested into your large bowel. In this way, it helps to keep your digestive system in good working order.”

“However, many scientific organisations argue that this picture is no longer clear-cut and, as a result, these terms are being phased out. You may still see these terms being used, but what’s really important to remember is to eat a variety of different fibre-containing foods.”

Experts say fibre is responsible for keeping us full throughout the day, keeping our digestion regular, and even protecting us from some major health issues down the line. It’s also very important for general gut health and microbiome, which supports multiple functions throughout the body and brain.

“Fibre has lots of important roles in our body, including keeping our bowels regular and our microbiome healthy, reducing the amount of saturated fat we absorb from our diet, regulating our blood sugars and keeping us feeling full after meals,” says dietitian Sophie Medlin.

She explains that a high-fibre diet is linked with a reduced chance of developing many common problems such as diverticular disease and irritable bowel syndrome, heart disease, diabetes and even weight problems.

As well as protecting your health, it can also make going to the toilet more comfortable too. “Fibre bulks up stools, makes them softer and easier to pass, moving waste through the digestive tract more quickly,” says Puri.

In order to eat more fibre, experts suggest that you prioritise breakfast, snack on fruit, switch to brown versions, leave the skins on your spuds, sprinkle some seeds and eat plenty of pulses.