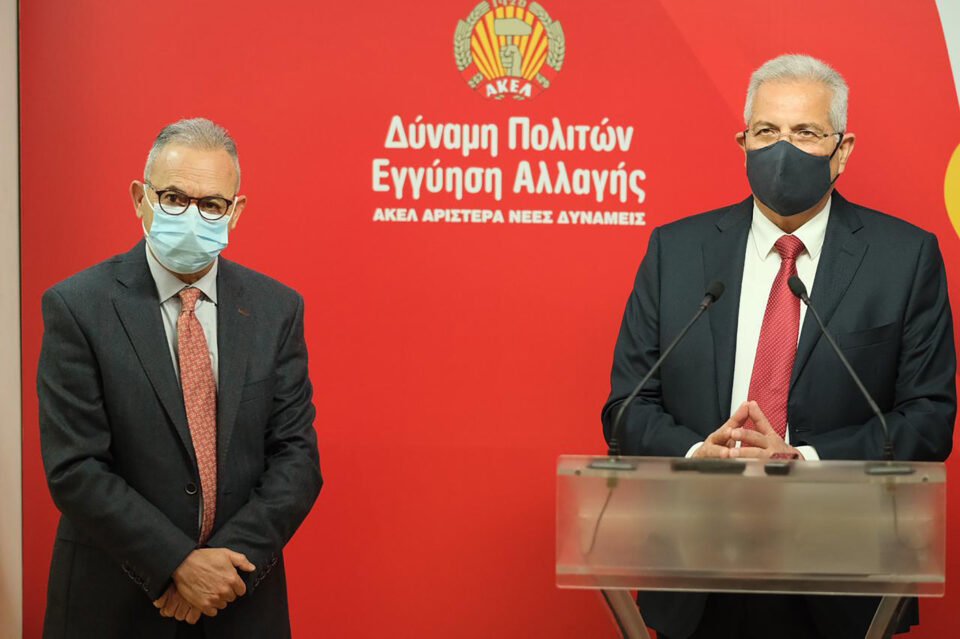 The leaders of the two largest parties on Thursday held a “sincere” discussion ahead of the informal five-way conference on Cyprus in late April, both stressing they will never stray from the bizonal, bicommunal federation (BBF) as the template for the island’s reunification.

Ruling Disy head Averof Neophytou visited the general secretary of main opposition Akel Andros Kyprianou, both later telling reporters they reject either a two-state solution – as recently proposed by Ankara – or a confederation.

Kyprianou said the framework for a solution must be the BBF with political equality, as this is interpreted by relevant UN resolutions. A settlement must lead to a reunited Cyprus that is a continuation of the Republic of Cyprus, with a single sovereignty, international personality and citizenship.

“The solution must rid us of guarantees and the right of intervention in our domestic affairs, but also of the occupation troops,” Kyprianou said.

“It must reunite the people, institutions and the territory.”

The Akel boss spoke of an “alarming” trend.

“We are at ground zero, Turkey is escalating its aggression and intransigence and is attempting new facts on the ground which, if successful, will bring us very close to partition.”

Asked whether he and Neophytou discussed the matter of a ‘loose federation’ and whether Akel agrees with the devolution of powers away from the central state, Kyprianou said he wanted to hear officially from the government which powers and competences might be transferred to the two constituent states.

“We don’t reject devolution on principle, but we want to know. So far we have not heard anything from Mr Anastasiades. When they tell us, we shall be able to comment.”

For his part Neophytou said that unless all parties agree “there is not one in a trillion chance for a change to the basis for a settlement.

“We say it loud and clear: two states or a confederation are out of the question.”

Responding to another question, the Disy chief the European Union does not accept the idea of two states in Cyprus.

“These models are not in play. They are not in play in Europe either, nor are they acceptable to us or the international community. The framework [for a solution] is agreed.”

The two politicians met days after Neophytou took a dig at those quarters that rejected out of hand a British proposal aimed at bringing the two communities closer together ahead of the informal conference to take place in Geneva.

Several political parties and sections of the media were critical of the so-called ‘British plan’ proposing a decentralised federation, in which the central government would have fewer powers than originally agreed, as an alternative to the two-state solution backed by the Turkish side.