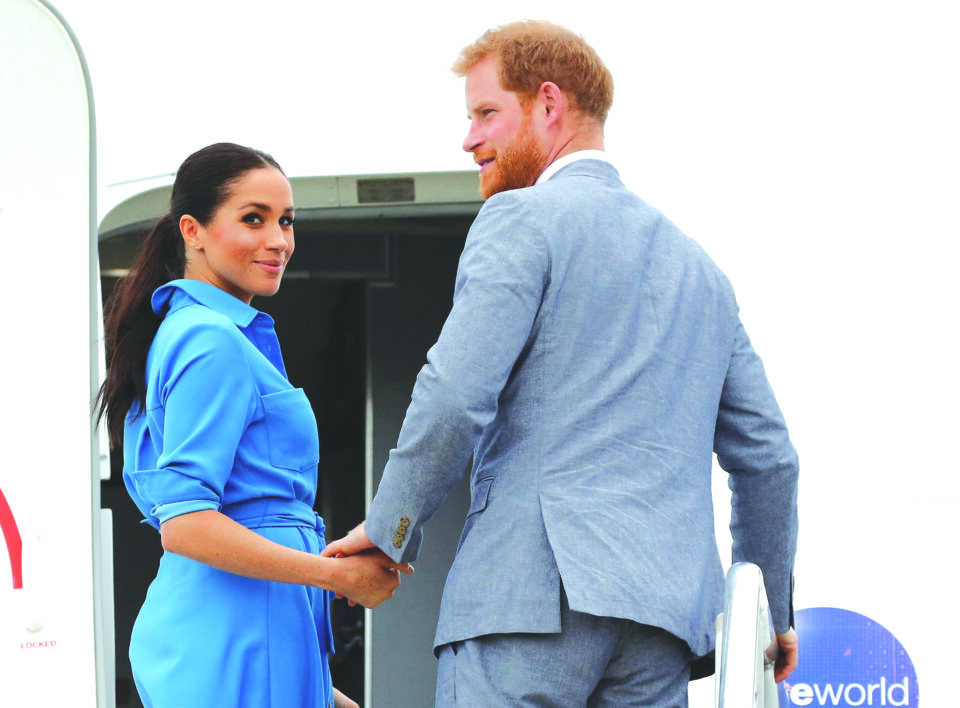 Meghan, Britain’s Duchess of Sussex, said she had given an in-depth interview to U.S. chat show host Oprah Winfrey to be aired on Sunday because she was now free speak for herself, adding that being a royal was “not what people imagine it to be”.

Meghan, 39, and her husband Prince Harry, Queen Elizabeth’s grandson, stunned the royal family in January last year by announcing they would step down from their official royal roles to forge a new, independent life in California.

The split was confirmed last month, and, in the last week, the couple and Buckingham Palace have engaged in an increasingly bitter war of words, amid claims of lies, bullying and smears.

“I’m ready to talk,” Meghan, a former American actress, told Winfrey in an excerpt shown on U.S. station CBS on Friday ahead of Sunday’s broadcast, as she explained why she had agreed to the interview.

“As an adult who lived a really independent life to then go into this construct that is different than I think what people imagine it to be, it’s really liberating to be able to have the right and the privilege in some ways to be able to say yes.”

But less than two years later, they stepped away from official duties, saying the media intrusion was overbearing. Meghan later revealed she felt “unprotected” by the monarchy while pregnant with son Archie.

Their decision to give the interview to Winfrey has been criticised by some newspapers as hypocrisy, flying in the face of their stated desire for privacy.

“We have the ability to make our own choices in a way that I couldn’t have said yes (to a previous request for an interview). That wasn’t my choice to make,” Meghan told Winfrey, a guest at their wedding, in Friday’s excerpt.

Winfrey said she had first asked Meghan for an interview in early 2018.

In a previous excerpt, the duchess told Winfrey that Buckingham Palace had been guilty of “perpetuating falsehoods” about her and her spouse.

Earlier this week, the Palace said it would be investigating allegations that Meghan had bullied former members of staff, saying it was very concerned about the claims following a report in the Times newspaper.

Another preview clip has shown Harry saying he feared “history repeating itself”, an apparent reference to his mother Princess Diana, who died aged 36 in a crash in Paris as her car fled chasing paparazzi.

The interview comes as Harry’s 99-year-old grandfather, Prince Philip, is in hospital, where he has undergone a successful procedure for a pre-existing heart condition, prompting some criticism of the timing of the Winfrey broadcast.

“There’s absolutely no doubt whatsoever that the situation is toxic,” royal commentator Richard Fitzwilliams told Reuters. “All of this will define their relations with the royal family for the foreseeable future. It’s extremely perilous.”