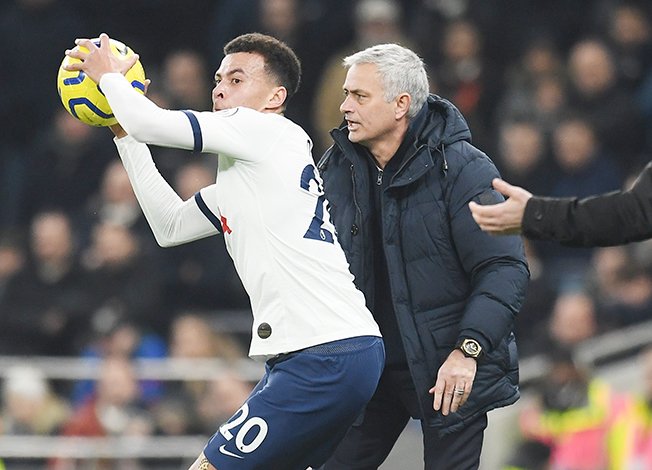 Tottenham boss Jose Mourinho says his side need the points from Sunday’s clash more than Crystal Palace do.

Spurs welcome Roy Hodgson’s side hoping to make further ground in the race for the top four having beaten Burnley and Fulham in the last week to give themselves hope.

The visit of Palace is their only home Premier League game of the month, with games at Arsenal and Aston Villa before the international break at the end of the month.

“Palace is a difficult match, they defend well, they have a lot of good defenders, people who enjoy to defend, enjoys playing in a defensive team,” Mourinho said.

“A very good coach, Roy and his staff, they know very well how to play, the 4-4-2, they are aggressive in the counter-attack, they are good at set-pieces, they have giants who can win the ball and can win the game in the opposition half.

“They are a very good team, it is going to be difficult, we need the points more than them because if their objective is to be stable in the middle of the table then they are going to have that.

“If we want to go up the table of course we need points. March will be so hard for us, only one match at home and then after that everything is away, plus two Europa matches, plus national teams with all the controversy and perils we are going to face with that.

“March is going to be very very hard. If we can add three points to our total it will be good.”

Palace travel across the capital 11 points above the relegation zone and 11 points behind the top six and Mourinho says they are playing with the freedom of having “no pressure”.

“I always feel these type of teams with real quality, but without any real pressure to do better than have a stable season, I always feel that these teams they don’t have any pressure, they just go and play,” Mourinho said.

“If they win, great… if they lose they don’t feel any pressure from media or fans, it is a nice way to play and compete.

“They will come here to try and not concede goals, which they do well, but they will try and score and they have danger from different items of the game so I expect a difficult game.”

Splendid seclusion: a road-trip across the wild Akamas