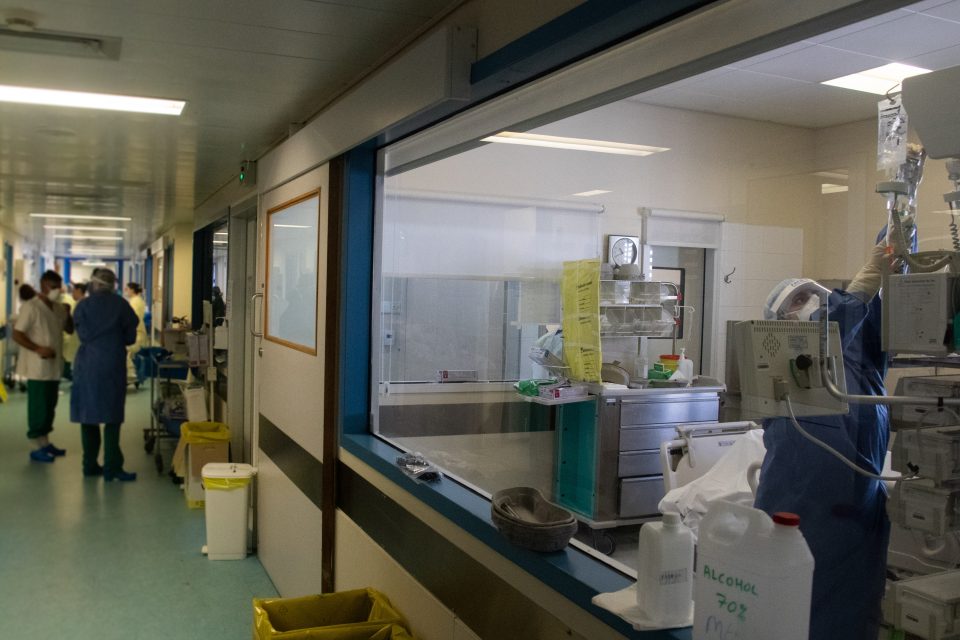 The past week has seen an increase in hospital admissions of coronavirus patients reflecting the surge in new cases, however officials are taking some comfort in the fact that the number of critically ill patients in intensive care has remained stable.

State health services (Okypi) spokesman Charalambos Charilaou told CyBC on Monday morning that the number of admissions has risen by 45 per cent in the past week – from about 75 hospitalised Covid-19 patients to about 135 in the public hospitals.

“We have about 10 people discharged a day, but about 20 admissions,” he said.

Charilaou said the average age of hospitalised patients has dropped from 70 to about 60 to 62, with fewer elderly people falling ill as a result of the vaccination programme.

“More than 80 per cent of people aged over 80 have been vaccinated, and about 75 per cent of residents in care homes,” he said.

There have been occasional hospital admissions of care home residents, but this is sporadic compared to late last year when hospitals scrambled to cope with an influx of coronavirus cases among the more vulnerable elderly, he added.

Irene Christaki, one of the scientists advising the government on the coronavirus, spoke in a similar vein.

She told CyBC’s noon programme that there has been an increase in admissions but not in ICUs or deaths. “The increase occurred in the past week and we need to wait and see how the situation develops but the situation does look more encouraging that November, given that vaccinations are also going ahead.”

But she warned against complacency. “We are still seeing people getting ill. It is important to stick to the health protocols,” she warned.

Amalia Hadjiyianni, who heads Famagusta hospital, the referral hospital for coronavirus, said the situation was manageable, but borderline and stressed the need for everyone to be careful.

She cited the case of the youngest patient at the hospital, a 33-year-old without underlying conditions who was on oxygen, as she appealed to all those who test positive to be in constant touch with their doctors and not to delay seeking treatment as the sooner this starts the better.