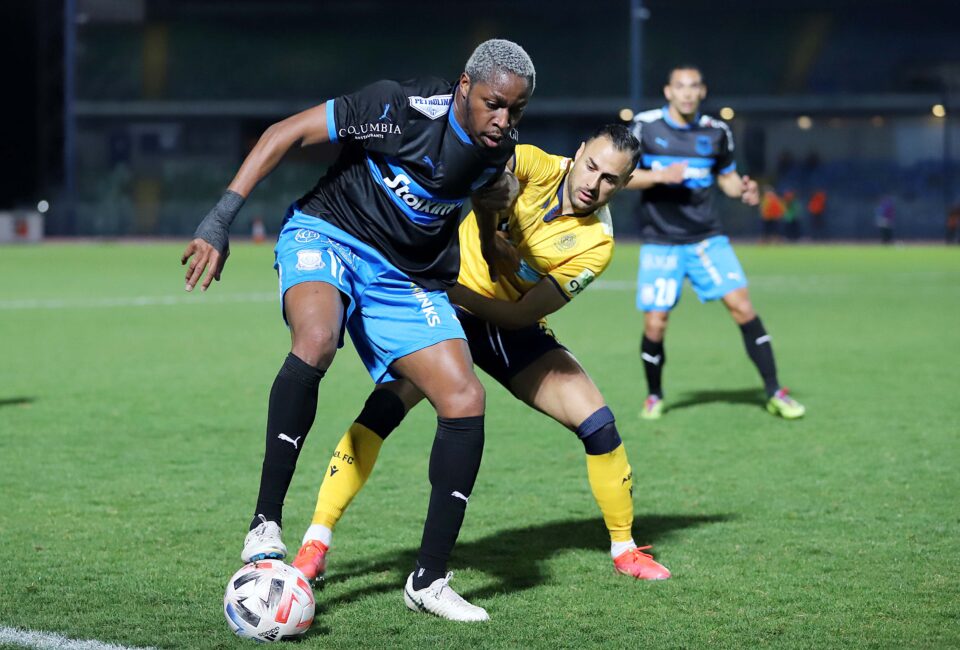 Omonia was the inadvertent winner of the goalless stalemate between Limassol rivals Apollon and AEL on Monday night.

Though both sides had opportunities to score throughout the game neither Apollon nor AEL managed to breach the opposition defence.

The first notable opportunity of the game came in the 21st minute when Sito Rieira set Euller de Carvalho up for a shot just outside the penalty area but the latter’s first time attempt grazed Apollon goalkeeper Aleksandar Jovavic’s crossbar.

Apollon reacted in the 28th minute when homegrown player Giannis Pittas received the ball from Bagaliy Dabo on the edge of AEL’s penalty area and unleashed a strong shot but goalkeeper Vozinha was well-placed to save it.

AEL found a chance in the 35th minute to score when Mmaee received a quick throw-in from Minas Antoniou and entered Apollon’s penalty area from the right before squaring it to Anthony Georgiou but the AEL’s winger low shot was blocked by a defender.

Controversially, Apollon had a major claim for a penalty only moments before AEL’s opportunity when the ball struck Sito Rieira’s arm inside AEL’s penalty area but neither the referee nor the VAR officials saw anything into it.

Apollon scored a goal in the 46th minute of the first half but it was correctly chalked off as offside, since Dabo, the would-be assist provider to Sasa Markovic, was ahead of the last defender at the time of the pass from Pittas.

Apollon started the second half better than the first half, controlling the midfield during the opening ten minutes, but it was AEL who found the first major chance to open the score. A move in the 57th minute involving Manuel Torres, Sito Riera and Ryan Mmaee culminated in a Minas Antoniou shot inside the penalty area but Jovanovic pulled off an impressive save to deny Antoniou.

Apollon found their own opportunity to threaten AEL in the 67th minute when Nicolas Diguiny gambled on a shot from the edge of the area with Vozinha managing to athletically parry the shot away.

The game became increasingly disjointed and stop-start as time went on, with many fouls preventing either side from generating any sort of offensive momentum.

“It was a great effort from my team. I think we created more opportunities than our opponent. We will keep trying so that we can be where we want to be at the end of the season,” said Apollon manager Giannis Petrakis after the game.

“It was a local derby and it’s always difficult. I feel that we could win towards the end but it’s always good to not lose a derby. I’m pleased with my players. Nothing is over yet. We are close to Omonia and Apollon are not too far back but there are many games left so we will keep going,” said AEL manager Dusan Kerkez in the aftermath of the encounter.

“We came here to win the game and get the three points. It was a tough game with a lot of hard tackling. We keep the one point gained. We lacked composure in the final move but it’s okay. The important thing is that we are close to Omonia and then we face them after,” said AEL player Minas Antoniou.

“We knew we had to face a difficult opponent. I think our team wanted to win more today but we couldn’t do it. We could have been calmer in the final pass today but I think we did enough to win today. There are more games left and we will continue trying to win. Definitely a win today would have been good for us but we are still close. There are no easy games and every team wants to win. We need to remain focused and disciplined and win our next two games,” said Apollon forward Giannis Pittas.