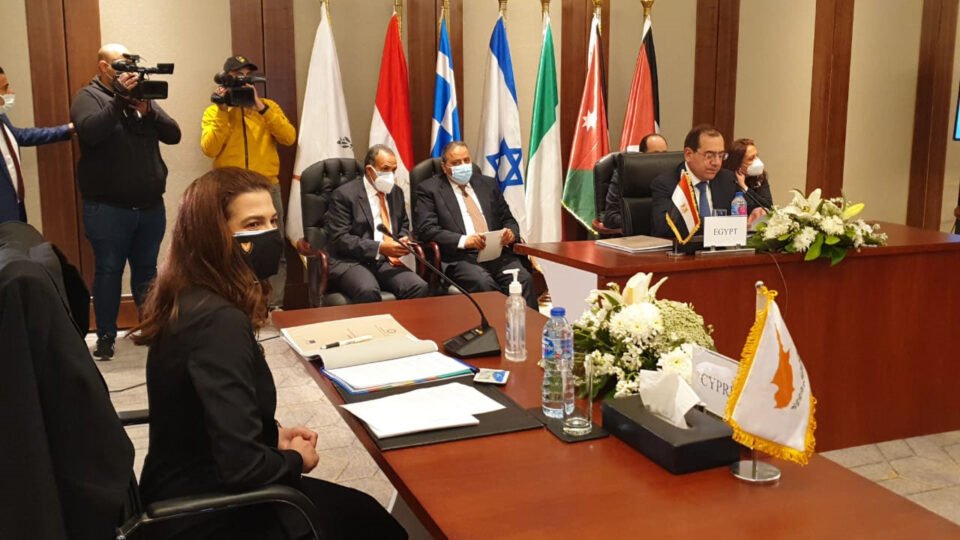 The fourth ministerial meeting of the East Mediterranean Gas Forum (EMGF) on Tuesday saw France become a member and the US join as an observer.

Attended by Energy Minister Natasa Pilides, the meeting took place in Cairo where she joined her counterparts from Egypt, Greece, Israel, Italy, Jordan and the Palestinian Authority.

“Today we had a very productive meeting with all the countries that are founding members of the organisation… it is very important that today France was confirmed as a member of EMGF,” Pilides said.

Pilides also held a further meeting with the energy ministers from Egypt and Israel to discuss further cooperation.

In a joint declaration, it was stated that Cyprus will assume the first official presidency in January 2022.

Ministers also adopted two new initiatives on Gas Decarbonisation and LNG as a fuel for vessels.

EMGF was originally founded in 2018 at the behest of Egypt, as part of its plans to turn the country into the gas hub of the region.

It comes at a time of major regional disputes, ostensibly over gas exploration and Exclusive Economic Zone delineation in the East Med.

Russia angry with Facebook for blocking some media posts