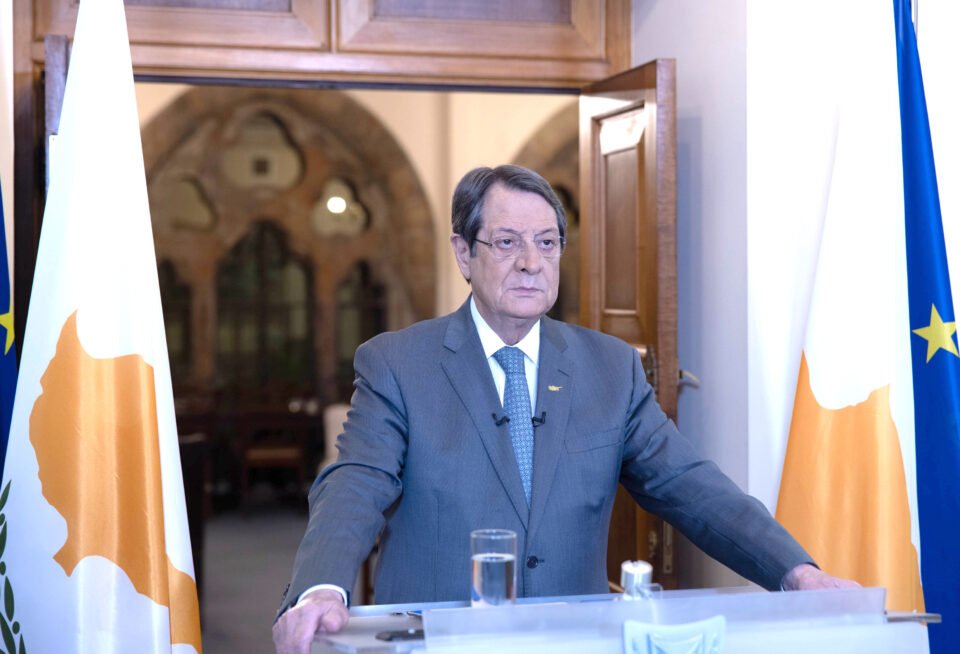 The government aims to help the economic sectors stricken by the pandemic but also to invest in alternative areas with emphasis on the relocation of companies to Cyprus, research and innovation, among others, through tax and other incentives, President Nicos Anastasiades said on Wednesday.

In a statement following a meeting with business organisations, Anastasiades said the administration aimed at supporting the stricken sectors of the economy, as it has done so far with €1.6 billion.

“On the other hand, it will invest in alternative economic forms with emphasis on companies moving their headquarters to Cyprus, research and innovation, education, renewable energy sources, health, and tourism, through tax and other incentives,” the president added.

Cyprus has been struggling with the coronavirus pandemic and its fallout since March 2020. The virus has so far claimed the lives of 233 people who were among the 37,650 recorded cases.

Anastasiades said the biggest losses in the battle against the virus were human lives.

“Unfortunately, these losses cannot be replaced. The hope, but mainly everyone’s efforts continue to be to put an end to this nightmare,” he said. “And I look forward with optimism that we are quite close.”

The economy has also suffered heavy losses, but these were reversible, he said.

He said Cyprus managed to keep recession at a level that was lower than the EU average, but it must also put reforms in place to be able to tap €1bn through the Recovery and Resilience Plan.

There was also digital transformation and the need for justice and other reforms.

Anastasiades said it was time to plan and implement a new ambitious but also realistic plan of viable growth.

“Today we can speak of a dynamic restart of the economy with more optimism and self-confidence. We can talk about a stable prospect of quick recovery.”

Fly in black tie: Tom Ford’s tips on how to wear a tux