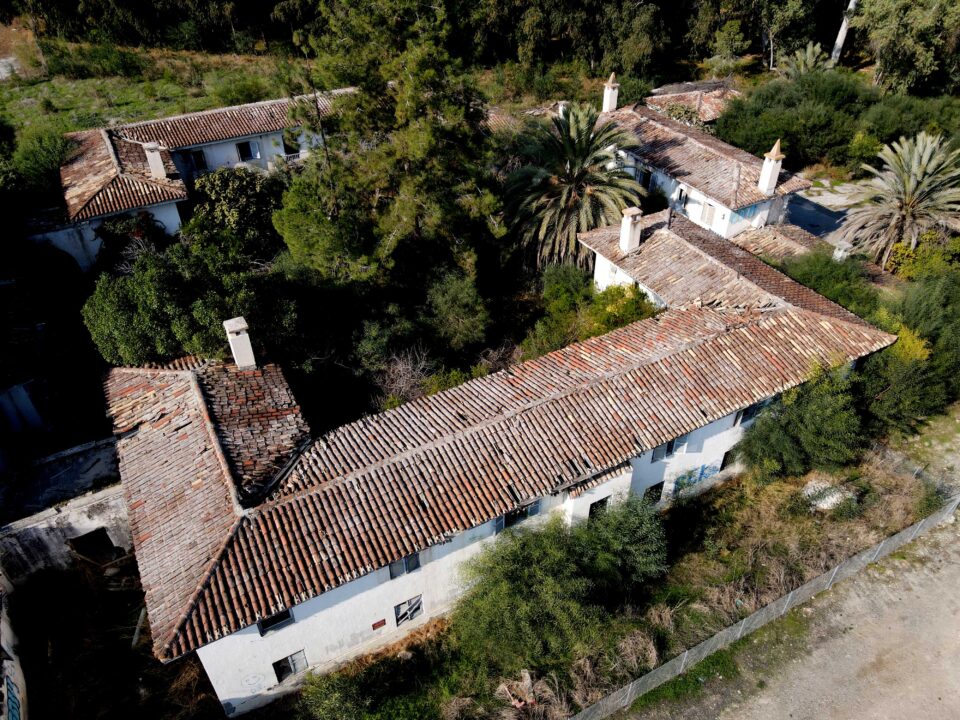 The future of a crumbling colonial building located in Nicosia’s Akademias park hangs in the balance, with the forestry department debating whether to tear it down or restore it.

The building, the former boarding school of the pedagogical academy, has been part of the national forest park since 2016, but has become the site of a tussle between the forestry department and the University of Cyprus.

“A study has been completed and the cost of repairing and restoring the buildings is €6 million, while to tear it down and reconstruct it will cost € 4.5 million,” forestry official Loizos Constantinou said.

Although a colonial building built in the traditional style, it is not a listed building and therefore not protected by law.

“The department has not decided how to proceed,” he added, “and what to do with the space. There are many possibilities.”

A report with the results was then sent to the Council of Ministers, which decided to establish a committee consisting of representatives of the forestry department, the department of urban planning and housing, the department of public works and the municipality of Aglandjia, in order to study future options and determine the most appropriate one.

At the moment, Constantinou explained, “the forestry department is awaiting the appointment of representatives from the departments involved, in order to proceed with the first meeting of the committee.”

So far, all the government has done is plant some trees in the area, in step with the aim to enrich and upkeep the forest.

The extensive colonial building has had a chequered history. It started life as a dormitory for the pedagogical academy which was situated nearby, then became a military camp. Later it became part of the University of Cyprus before being transferred to the forestry department.

“The building belongs to the complex of the pedagogical academy, and was used as a male dormitory, as was the original design,” architect of the technical services at the University of Cyprus Costas Matsoukas explained.

The whole complex included the main teacher training building – with the distinctive clock tower – two more buildings with female dormitories which collapsed due to the serious problems that the subsoil presents in the area, the male dormitory, a residence for the director and other auxiliary buildings.

Operations started in 1959, when the buildings first hosted a college, and about a year later the academy was established.

After the Turkish invasion in 1974, the male dormitory became a military camp and six military depots and other military barracks were added to the complex, Matsoukas said.

In 1990, some of the buildings were granted by the state for the housing of the newly established University of Cyprus, together with the main building. At the time, the military camp was still in place at the site.

“The University of Cyprus immediately proceeded with the renovation of the main building, which was used for its opening in 1992.”

This building with its tower and clock has been the centrepiece of the old campus of the UCy ever since.

The old male dormitory, however, has not fared so well. In 2010, the military camp was relocated, and the building was transferred to the university. The timing could not have been worse.

“The time of the transfer, done in parallel with the financial crisis, was at a time when the university’s housing programme was in progress, in the area of the university campus in Aglandjia, with the result that the possibility of its use was postponed to a future stage,” Matsoukas said, explaining that no funds were available.

In 2016, the forestry department proceeded with the inclusion of the area in the forest park (by decision of the Council of Ministers), without informing the university in 2016 and despite its objections.

According to Matsoukas, since then the forestry department has not accepted the concession of the building to the university, only allowing the university to use some of the outside buildings and a parking area.

In the meantime, the main building is fighting a losing battle with the elements.