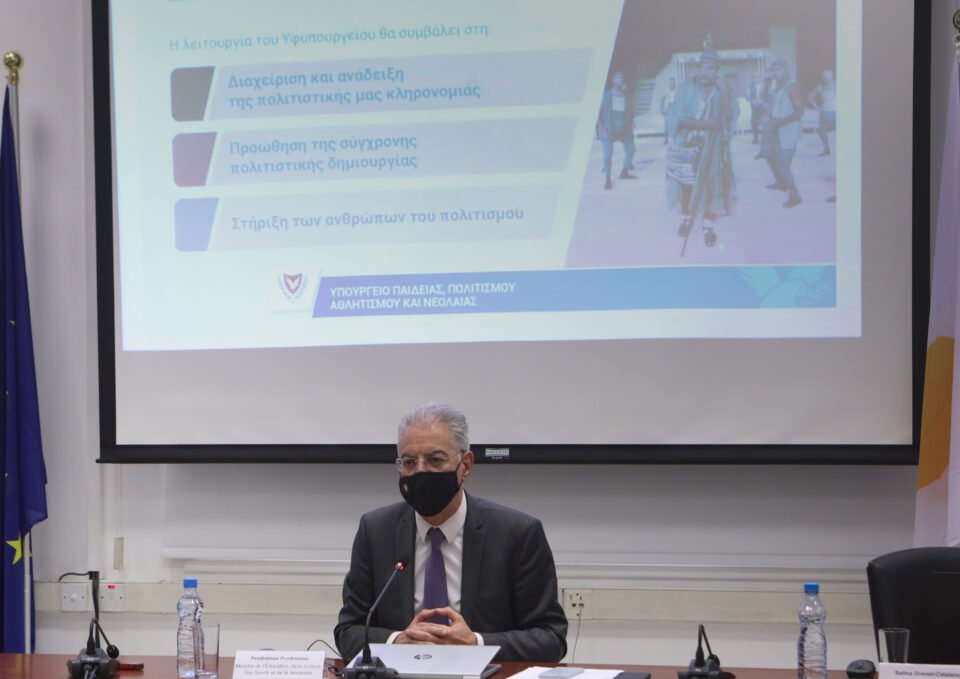 The creation of a deputy ministry for culture was described as an “historic moment” by Education Minister Prodromos Prodromou on Tuesday.

A bill for the creation of a deputy ministry for culture has been approved by the cabinet and will be discussed by the House.

The deputy ministry will be solely responsible for matters of cultural heritage, such as antiquities, and cultural activities in general, Prodromou said.

In addition, this will enable greater emphasis to be placed on cultural diplomacy and developing policies that will enrich the country’s cultural tourism, he said, adding that “there is a lot that can be done and a lot that can be improved” by its creation.

Prodromou also said that a bill is being finalised regarding the professional status of artists and cultural professionals, which, if approved, will fall under the jurisdiction of the deputy ministry for culture.

“We hope that [the bill] is approved so that the deputy ministry can formulate effective and targeted policies that will support and empower cultural professionals, creators and artists,” he said.

This development in cultural policy is “years, even decades overdue,” Prodromou said, especially considering culture is a great comparative advantage of our country, and one of the great elements of its wealth.

“We want everyone in the country to be able to participate, but also to highlight and promote it internationally,” he finally said.