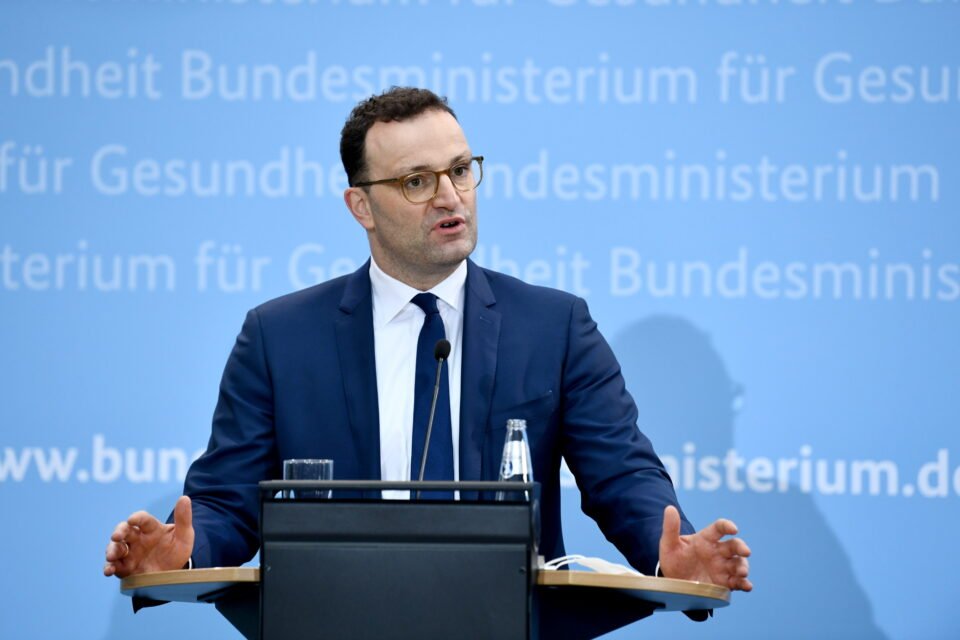 By Douglas Busvine and Ludwig Burger

The decision by more than a dozen European countries to suspend AstraZeneca’s Covid-19 shot faced deepening scrutiny on Wednesday, amid concerns the step could undermine public confidence and delay efforts to beat the coronavirus pandemic.

The role of Germany, and in particular Health Minister Jens Spahn, is in the spotlight after a chaotic round of telephone diplomacy at the start of the week ended with the EU’s biggest states agreeing to put AstraZeneca on hold.

Spahn says he acted on expert advice after Germany’s vaccine watchdog reported on what it described as a statistically significant number of cases of a rare brain blood clot.

AstraZeneca says it has found no evidence that the blood clots were caused by the vaccine. The World Health Organisation called on countries not to delay lifesaving vaccine programmes.

Germany’s actions have been interpreted as political both at home and abroad, with opposition leaders calling on Chancellor Angela Merkel to sack Spahn. Officials in major European capitals have given mixed accounts over how the joint move to halt AstraZeneca came about.

The stop on AstraZeneca threatens to hobble Europe’s vaccination campaign just as a third wave of infection breaks over the continent, accelerated by more infectious variants.

The bloc has already lagged far behind the United States and former EU member Britain in vaccinating citizens. Hospitals are filling up again, and politicians in several European countries have been forced to consider fresh lockdowns, even as comparable rich countries prepare for normal life to return.

“We need this vaccine,” said Germany’s best-known virologist Christian Drosten, whose regular podcast is widely followed. He cited forecasts of a resurgence in infection by Easter that could endanger Germans over the age of 60 who are next in line for a shot.

Ian Jones, a professor of virology at Britian’s Reading University, said the blood clot issue had “been picked up by politicians who don’t know one side of a virus from another”.

“It’s like falling dominoes. You just need one or two (countries) to state there’s a problem and suspend use, and then a whole lot of others will fall in place. I don’t think there have been any independent decisions,” he told Reuters.

A MATTER OF TRUST

Germany acted after its vaccine oversight body, the Paul Ehrlich Institute, found seven cases of a very rare cerebral vein clot among 1.6 million people given the AstraZeneca shot in the country, including three cases that were fatal.

The EU drug regulator, the European Medicines Agency (EMA) is investigating reports of around 30 cases of blood clots, bleeding and low platelet counts among the 5 million people in the EU that have received the AstraZeneca vaccine.

It will present its findings on Thursday, but meanwhile it has found no causal link to the vaccine, and says the shot’s benefits clearly outweigh any risks.

“We are worried that there may be an effect on the trust of the vaccines,” EMA head Emer Cooke told reporters. “But our job is to make sure that the products that we authorise are safe and can be trusted.”

AstraZeneca Plc said it had conducted a review covering more than 17 million people who had received its shots in the EU and Britain, and had found no evidence of an increased risk of blood clots.

Yet a narrow majority of Germans believe it was right for the government to suspend AstraZeneca, a Forsa opinion poll showed on Wednesday, with 54 per cent backing Spahn’s decision and 39 per cent saying it was excessive.

The willingness of Germans to be vaccinated against COVID, at 71 per cent, meanwhile, has fallen by two percentage points since Forsa’s last poll on March 3. Were AstraZeneca to be reinstated, 63 per cent would be willing to take it.

Officials in European capitals gave conflicting accounts of a round of whirlwind diplomacy on Monday that led Italy, France and Spain to follow Germany in suspending the shot.

Italian sources said Draghi and French President Emmanuel Macron agreed by phone that the measure was temporary and precautionary.

A senior German government source denied that Berlin had exerted any pressure, noting that smaller EU member states such as Austria and Belgium had already raised the alarm.

“Nobody is being forced to do anything,” said the German source, who spoke on condition of anonymity. “That’s not how the EU works.”

Amid the European controversy, frustration over Spahn’s pandemic management has boiled over among Germany’s ruling conservatives, who have just suffered defeats in two regional elections. Merkel’s Christian Democrats (CDU) are languishing at one-year lows in polls ahead of a general election in September in which she will not seek a record fifth term.

Her successor as CDU chairman, Armin Laschet, a contender to run for chancellor, has criticised the AstraZeneca delay as “bad news”. Rival Markus Soeder, the governor of Bavaria, has called for the shot to be made available to anyone who wants it.

Mars on Earth: Turkish lake may hold clues to ancient life on planet