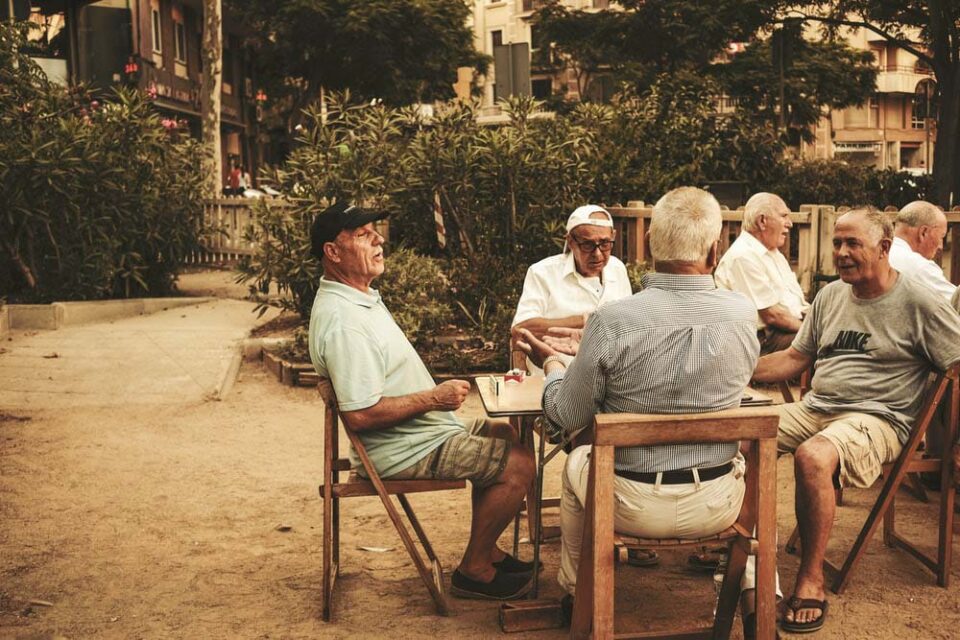 They say everyone can remember where they were the moment they heard of the Kennedy assassination. Certainly I can. Similarly I remember my whereabouts when I heard that Princess Diana of Wales had died. But even more dramatically I remember the first time I overheard someone refer to me as ‘Quite a nice old gent’. Really, I was stunned.

I can’t think why I should have been. I suppose I had always regarded that sort of appellation as applicable more to one of those chaps with wispy, white tufts of hair who shuffle from one park bench to another on sunny afternoons, men who tell the same story over and over yet still get it wrong and who tend to fall asleep rather often except at night when it seems to become more difficult.

Briefly, they are chaps who potter about in a world which their wives have, kindly, to explain to them afresh every morning.

Despite all this these are still the chaps who are always ready to stick up for the underdog. They’re even prepared to mix it if some thug handicapped by possession of a smallish male appendage, I discovered early in my consulting room days that most habitual bullies are  thus underequipped, starts to throw his weight around. Physically they can do comparatively little but then courage invariably outlives physique and stamina.

On reflection it seems that we all become subject to the ageing process but gradually and it takes between five and ten years for us to recognise the phenomenon for what it is. Only then does it suddenly dawn that we are irrevocably tied to the pier of old age.

From the early forties we start to notice the increasing lines in the face, the crows-feet, the early dewlaps, the calling-card pair of creases between the eyebrows. Gradually you realise that your dimples are becoming wrinkles. By then, too, there is a tendency to feel that one’s clothes are less roomy, snug in fact. It becomes necessary to pierce a new hole in one’s belt. A looser collar helps and shoes with anything of a built-up heel give way to broader more comfortable footwear. The mouth finds itself enclosed within a couple of bracket-like crescent lines. At parade there are occasional gaps in the roll-call of sentinel teeth

Within the decade it becomes a good idea to turn up the volume on the music machines. It comes as a shock when you try on someone else’s glasses just for fun and find they reveal a whole new world that is more or less in focus. The beard, if worn for more than three or four days feels all soft and downy instead of a mass of bristles. And it’s a huge comfort when you overcome your customary languid sleepiness and get up in the middle of the night for a pee. Little do you realise that those erstwhile nights of endless unbroken sleep are now gone, forever.

At heart you are quite sure you’re doing pretty well. You know you can run, jump, swim, play tennis or ride a bike as well as you ever could. Mind you, you probably find that in fact you don’t seem to do any of those things anywhere near as often as you did once you are on the graveyard side of seventy.

The appetite changes too. It remains pretty robust but its very robustness incurs unexpected feelings of guilt. Even those delicious high-cholesterol items incur some remorse. You find you long for a simple plate of beans-and-greens more than triple cheeseburgers washed down by a couple of pints of Guinness.

You still wear your shirtsleeves rolled up. ‘Here, feel those biceps,’ you offer. But it feels good to tie a woolly around your waist to protect those kidneys from the chill wind. You instinctively stay out of the sun but you buy your very first sun hat just in case. If the bus is approaching the stop you don’t hurry. About now you might get tempted to try a new hair style, the first for years, and this time you’ll see how it looks combed forward for a change. Might be quite nice.

And, suddenly, the wonderful realisation dawns on you that for the first time ever the things that you really, really want to do, are actually the sensible ones.

Our environment is our life – Sadhguru (Cyprus)