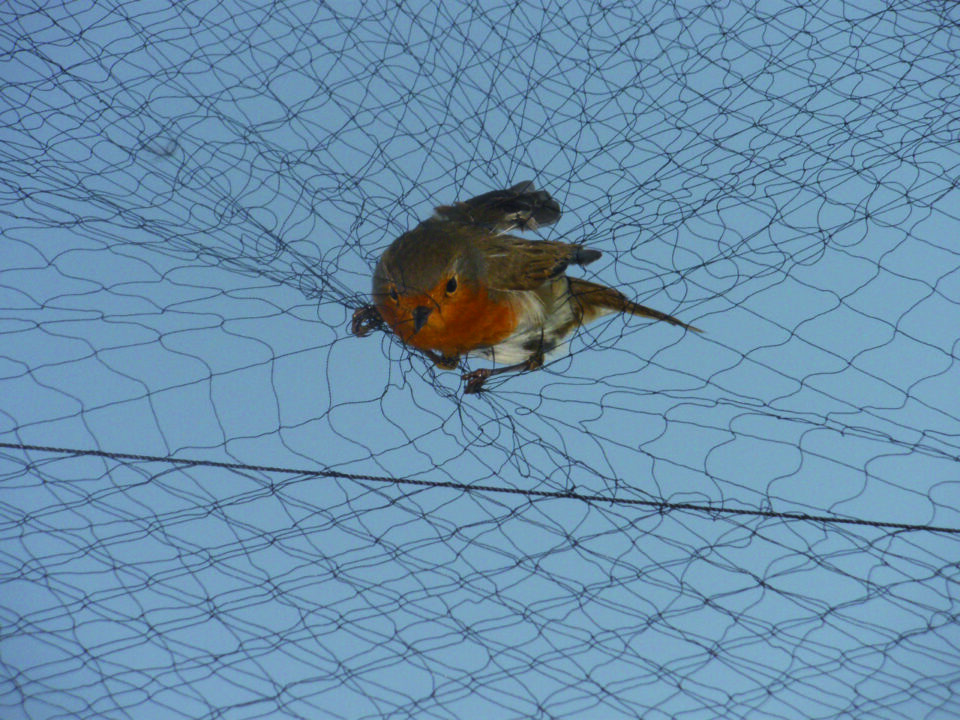 Bird trapping with the use of mist nets is at its lowest level in almost two decades but the use of limesticks is on the rise, boosted by a change in the law reducing penalties for poachers, BirdLife Cyprus said on Thursday.

“Data analysis from the field survey carried out in autumn 2020 shows a 94 per cent decrease in trapping levels with mist nets (compared with baseline levels from 2002) within the survey area, which includes areas in the Republic and the (British bases) SBA in Dhekelia,” the NGO said. “This is a remarkable progress, given the fact that just four years ago, BirdLife Cyprus recorded the highest ever trapping levels within this SBA.”

Despite the drop in mist net trapping, BirdLife said autumn 2020 has seen a rise in limestick trapping, both in terms of numbers and active sites.

The rise seems to be confirmed by the Game and Fauna Service whose data shows that twice as many limesticks were confiscated in autumn 2020 compared with autumn 2019.

“This increase in limestick use is worrying and we believe it is linked to the much lower fine of €200 for limestick trapping, which is not deterrent to trappers,” BirdLife campaigns coordinator, Tassos Shialis said.

“Equally worrying is the fact that big, organised trappers continued undisturbed with the mass killing of songbirds last autumn. The authorities need to apply effective enforcement action against these trappers to deal with this issue once and for all.”

According to the new provision, the on-the-spot fine for illegal killing (using limesticks or a shotgun) of up to 50 birds on a list of 14 protected non-game species was reduced from €2000 to €200.

Cypriot politicians, especially those from known trapping hotspots have always been ‘sympathetic’ to calls by their constituents to decriminalise trapping with limesticks by claiming it was tradition.

BiridLIfe said 14 protected songbird species are targeted by poachers who sell them as the expensive delicacy ambelopoulia.

The latter was settled on Wednesday by the Court of Justice of the European Union, which ruled that the fact that limesticks were supposedly a traditional method of hunting birds in France, was not sufficient in itself to permit the particular method.

The issue was brought before the court after French conservationists who oppose the use of limesticks for capturing birds, challenged legislation authorising use of the method in certain regions.

The Court of Justice further stressed that the Birds Directive must be interpreted as precluding national legislation which authorises, by way of derogation a method of capture leading to by-catch where that by-catch, even in small quantities and for a limited period, is likely to cause harm other than negligible harm to the non-target species captured.

The decision was welcomed by BirdLife Cyprus.

“The latest decision from the European Court of Justice is very clear and puts an end to any arguments from pro-trapping groups that bird trapping with limesticks could be permitted on the basis that it is a traditional method of hunting,” said Shialis.

How to make Mayo, Aioli and Hollandaise sauce in minutes