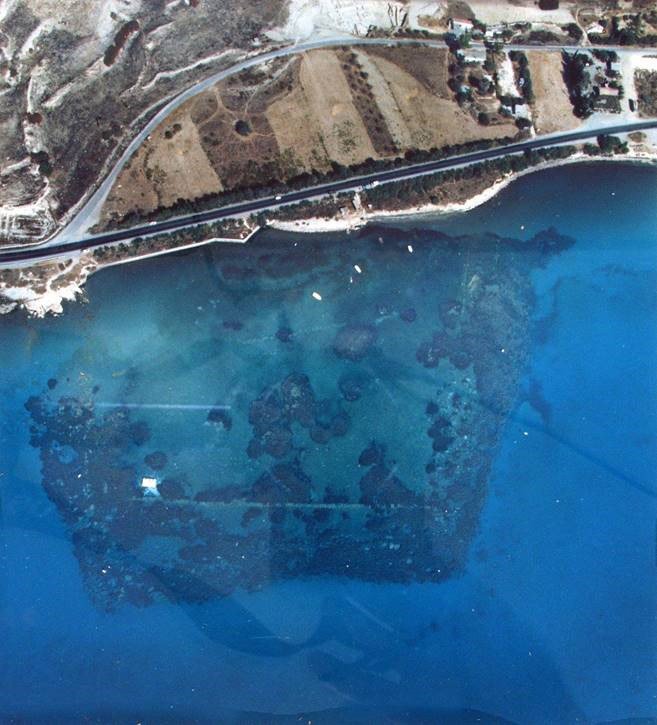 The site of the planned underwater diving park

By Antigoni Pitta and Gina Agapiou

The University of Cyprus maritime archaeological research laboratory is collaborating with the antiquities department and the department of fisheries and marine research on the creation of the island’s first-ever underwater archaeological site in ancient Amathus.

However, the Green Party has condemned plans for the eradication of the protected marine plant Neptune grass by environmental authorities in order to promote diving activities there.

The underwater project is part of the Andikat cross-border programme, which is co-funded by the EU as well as national resources from Greece and Cyprus. Its aim is to promote underwater cultural and natural heritage through the creation of diving routes in protected marine areas in Greece and Cyprus.

This will be the first underwater archaeological park in Cyprus, with the site being one of the best-preserved ancient ports in the eastern Mediterranean and the only of its kind in Cyprus not altered for modern use. The area was chosen for its location in quite shallow waters (0.80-1.50 metres from the surface) and its proximity to shore, which makes it easily accessible.

Because the site is part of the Amathus Marine Protected Area, the project will be mindful of its unique underwater landscape, with minor intervention so that the public can experience the space and understand its significance, a joint press release explained.

Carefully placed signs on land and underwater will provide information and encourage visitors to swim around the submerged ancient port. In order to reveal and preserve the surviving parts of the jetties, it was deemed necessary to remove some of the marine vegetation that covers them, which sparked the controversy.

According to the Greens, the environment department proceeded with a tender for the eradication of Posidonia Oceanica, a marine plant endemic to the Mediterranean Sea, “without any environmental studies, without mitigation measures, without public consultation,” and without taking into account the “huge consequences that this action will have on the biodiversity and the environment of the region.”

The ‘environmental crime’ as it was described in the written statement by Green MP candidate for Kyrenia Natasa Ioannou, concerns the “uprooting of the marine plant in an area of about 160 square metres and the deforestation of about 235 square metres, to build the underwater archaeological park in the area to promote diving.”

In contrast, the fisheries department reported that it only allowed for the project to go ahead after making sure that intervention to Posidonia Oceanica would be limited in relation to the total area covered by the plant in Amathus and the surrounding marine area.

Posidonia Oceanica or Neptune grass grows vertically on the seafloor and provides habitat for other marine species including fish, molluscs, crustaceans and other plants. In Cyprus, it can also be found in Cape Greco and Akamas.

The marine plant has been called “the lungs of the Mediterranean” because it is one of the most important sources of oxygen, producing 14 to 20 litres of oxygen per square metre every day according to a study from the Mediterranean Advanced Research Institute (IMEDEA).

Posidonia also has the capacity of storing carbon at an average rate of 83 g C/m² per year and helping to alleviate the effects of climate change.

The fisheries department specified that its projects and initiatives, as well as the scientific programmes it participates in, serve a dual purpose of acquiring further knowledge and continuing to protect the established marine protected areas.

Finally, statements such as the one from the Greens were described as inaccurate, considering the work the fisheries department has put into Posidonia Oceanica’s protection over the years.

PM Johnson gets his first dose of AstraZeneca vaccine