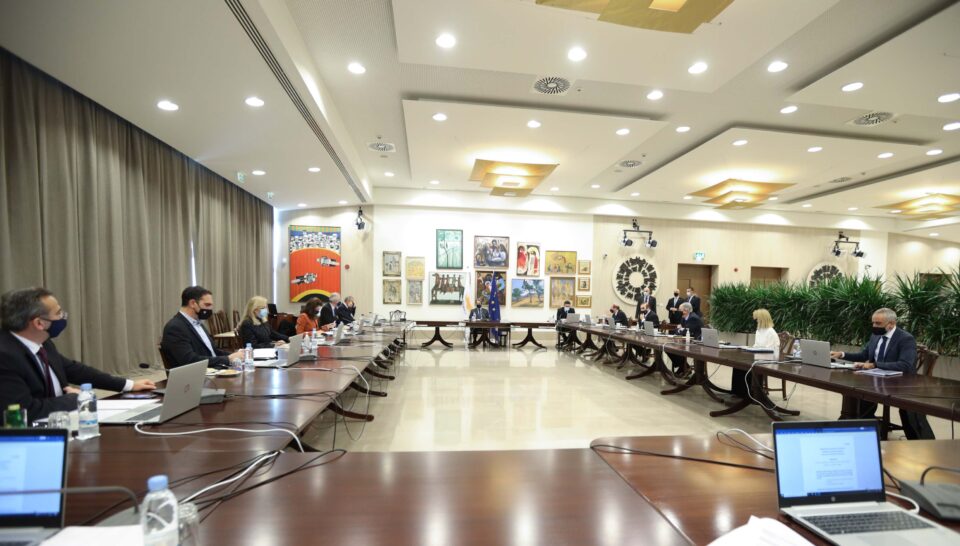 Apart from the loss of lives, the pandemic has also caused a loss of reason among those that govern us. Covid-19 has had a disastrous effect on rational thinking, not to mention the sense of perspective, which seems to be lacking from most of the decisions taken by the Anastasiades government in its efforts to control the pandemic.

There is the justification that every government restriction is designed to protect public health and any voices of dissent are dismissed as belonging to the morally inadequate who put personal interests above the sanctity of human life. It is a view constantly repeated by the media which has been unquestioningly promoting the government message and attacking those believed to be undermining the fight against the pandemic.

The government is perched on the moral high ground, applauded by the majority of the media as it wrecks the economy, deprives tens of thousands of children of schooling, destroys the prospects of a generation of youngsters, causes all kinds of mental problems and fosters a culture of dependency on the state. Since the outbreak of the pandemic a year ago, it has been congratulating itself for the great job it has done in controlling the spread of the virus while protecting jobs through state handouts.

This myth is collapsing after a year and it is not just because of Covid-fatigue as politicians and the untouchable epidemiologists that are treated as modern-day deities would have us believe. After a year of conforming with the authoritarian-style, rule by decree, in the name of protecting public health, groups of people have finally started forcefully questioning the misguided decisions of the government and its supposedly infallible, scientific team.

The announcement of the so-called relaxations 10 days ago sparked a long overdue reaction from parents who were told that gymnasium children would have to stay at home for another two weeks, even though the original plan was for them to return last Tuesday. Worse still, Limassol primary schools were shut down for two weeks because of the high number of cases in the district. But restaurants and cafes still opened on Tuesday in Limassol, making a complete mockery of the decision to shut primary schools where cases were negligible. As we said above, rational thought was a casualty of the pandemic.

The harm caused to gymnasium children, socially, educationally and psychologically, by keeping them out of school since December, was of no concern to the government and its advisors when making their decisions, which is why they extended the closing of gymnasiums by another two weeks. They were protecting public health by keeping gymnasiums closed and opening the hospitality sector. Having had enough of being taken for a ride by the authorities, parents associations have decided to stage a protest at the presidential palace on Monday, showing some defiance by ignoring the decrees banning public gatherings.

People have also questioned the purpose of the tens of thousands of rapid tests being done every day the usefulness of which is difficult to comprehend other than as a form of repression and social control. On Friday a staggering 57,791 PCR and rapid test were carried out and the positivity rate was 0.63%. For how much longer will the government force people to have this test every week? It is all part of the government authoritarianism through project fear, like the ludicrously repressive two SMS messages per day, which are totally unjustified, but carry a €300 fine for non-compliance. And the police state tactics will be expanded with the government hiring more than 200 people to carry out inspections of businesses to make sure they are complying with the decrees and fine those that are not.

The reality is that all these repressive measures, including depriving children of their schooling, are not justified by the data. Cyprus has suffered much less from the pandemic than most EU countries. It has the second lowest Covid mortality rate in the EU, at 27 per 100,000, it has no excess mortality rate since the outbreak of the pandemic a year ago, counting 242 deaths with and average age of 79. And these low numbers cannot be credited to the restrictions because Greece which imposed the same measures has a Covid mortality rate more than double that of Cyprus. The 242 deaths out of 41,882 positive cases in 12 months is nothing to fear, nor is it a threat to public health.

Government ministers and epidemiologists cannot see that the measures they have imposed are disproportionate. They have caused untold harm to children’s education, long-term damage to many businesses, destroyed livelihoods and prospects, wrecked the economy and taken away individual liberties so that health system does not collapse under the strain of too many cases. Why had these wise people not consider tripling the 200 hospital bed capacity for Covid patients by renting a couple of hotels, hiring nurses and doctors from abroad on lucrative short-term contracts if there were not enough here while keeping the economy and schools open? Because it required the type of rational thinking that the pandemic appears to have eliminated.

Tales from the Coffeeshop: Someone needs to take a reality pill

Fight continues over future of Akamas