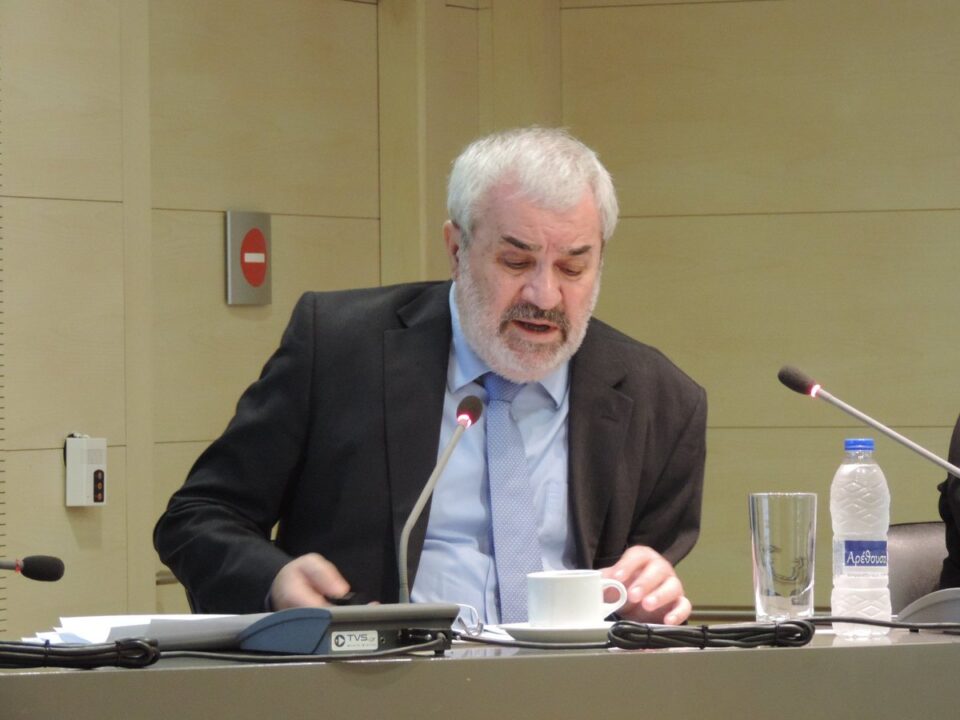 A “very harmful act” was the description given by the recently retired director-general of the foreign ministry Tasos Tzionis, to the suggestion that we should honour our commitments to the Turkish Cypriots concerning “political equality” that were undertaken through the United Nations in 1991 and have been reconfirmed on numerous occasions since then.

In an extensive interview that was given to the like-minded editor-in-chief of the daily newspaper Phileleftheros on March 14, Mr Tzionis unleashed his strong opposition to participating in the forthcoming international conference on Cyprus – probably the last opportunity we have to avert the partition of the island. Of course, Mr Tzionis has an inalienable right to express his views freely, but he does not have the right to distort the truth, as he did in this interview.

More specifically, in his interview he states that “this admonition would have been superfluous, had it related to the ‘political equality’ prescribed in the Resolution of the Security Council of the United Nations #716”, thus implying that he adopts and supports the resolution.

Let me quote verbatim the resolution, so that you can judge for yourself. The Security Council “confirms that its position on solving the Cyprus problem is based on a Cypriot State, comprising two ‘politically equal’ communities”. For the interpretation of ‘political equality’, the Security Council refers to the UN secretary-general’s report, where it is clarified that “while political equality does not mean equal numerical participation in all the branches of the federal government and administration, it should be reflected, inter alia, in the requirement that the federal constitution of the State of Cyprus be approved or amended with the concurrence of both communities; in the effective participation of both communities in all organs and decisions of the federal Government; in safeguards to ensure that the federal Government will not be empowered to adopt any measures against the interests of one community; and in the equality and identical powers and functions of the two federated States”.

At a time when it would have been reasonable to assume that the idea of a ‘decentralised’ federation is a brainchild conceived and promoted by Mr Tzionis (on the basis of the false presumption that such an arrangement would minimise the disagreements and conflicts), strangely he appeared to be forcefully criticising the idea. This was not because it would effectively delegate full authority over northern Cyprus to Turkey. Rather, it was because granting political equality – namely accepting the arrangement under which a minimum of one positive Turkish Cypriot vote would be required at the federal level in connection with 4-5 key competences – “will allow the Turkish Cypriots to block any decisions being taken on the few but very important existential competences … thus leaving the federation at the mercy of the Turkish side and ultimately leading the State to paralysis …”. If this is the position, which indirectly but clearly Mr Tzionis supports, does this not make it necessary to backtrack from our commitment towards the Turkish Cypriots? I honestly think that the words, within the Cypriot foreign ministry, in which he has been calling the tune over an extended period of time, have lost their meaning.

Mr Tzionis then points out in his interview that Turkey now publicly confesses her preference for a confederation. According to Mr Tzionis, “the natural tendency of those who undertake to help in finding a solution to an international problem is to exercise their influence in order to encourage those involved in the process to shift their positions, thus facilitating the attainment of an agreement”. He therefore suggests that we should run away and seek a hiding place, given that “those who believe that, in real life, the United Nations and the other mediators involved in the process represent the forces of fairness and morality are naive and are making a big mistake in making such assumptions.” He then adds: “Let’s not expect that the secretary-general will attend the informal five-party conference and will act on the basis of the Charter and the UN resolutions on Cyprus or that he will be guided by international law.”

Honestly, dear readers, the temptation to pose the following question to Mr Tzionis is irresistible: “Given that this is your opinion of the United Nations, why, in all these years, when the citizens of Cyprus were paying you a salary to manage the Cyprus problem, did you fail to publicly declare your views and call upon the government to stop placing our hopes for a satisfactory solution of the Cyprus problem on the United Nations, while putting forward your proposal for an alternative (I wonder which?) approach for resolving the number one problem confronting Cyprus”?

The next issue he raised in his interview concerned the absence of the Republic of Cyprus from the five-party conference. I can tell you that in the minds of non-Cypriots there is no doubt that the Republic of Cyprus is exclusively controlled by the Greek Cypriots, who make four-fifths of the permanent residents of Cyprus. That for half a century the government of the Republic has effectively delegated the responsibility of protecting the rights of the minority of the one-fifth of the country’s population to an illegal regime dominated and controlled by a big military and economic power, is also a fact that cannot be challenged. To the extent that the Cyprus government failed over these years to protect the interests of the Turkish Cypriots, it is disqualified to claim that it is entitled to be present at the conference because it represents the interests of all Cypriots including Turkish Cypriots.

As to Mr Tzionis’ argument that the presence of the Republic of Cyprus is necessary to secure continuity and a smooth transition of the Republic into a federation, may I respectably remind him that any agreement reached amongst those attending the conference will have to be adopted in a referendum. In fact, it will have to be adopted separately by each one of the two communities in order to ensure that the minority will not be able to claim that the new arrangements have been imposed on them against their will. This is, indeed, what the Cyprus constitution demands.

Mr Tzionis also directly attacks the European Union, which he considers capable of succumbing to and accepting derogations and exceptions from EU law “through legal tricks” and for this reason he paternalistically recommends “cautiousness and vigilance”.

Finally, he concludes his interview by praising the “tripartite regional cooperations” and the good prospects we have in exploiting the Exclusive Economic Zone (EEZ) claimed by Cyprus. I suspect that these ideas are also his brainchild. That rifts are already visible in Cyprus’ relations with its neighbouring countries and that the prospects of hydrocarbon extraction – while the war between Cyprus and Turkey persists – are zero, are facts that Mr Tzionis conveniently ignores. He continues unabated to want Cyprus to be a leading power, which will build “a highly promising regional policy … that will promote peace and prosperity amongst the people of the region, through cooperation, mutual understanding and mutual respect”. It is such grandiose thinking, I would add, that has led Cyprus to the brink of catastrophe.