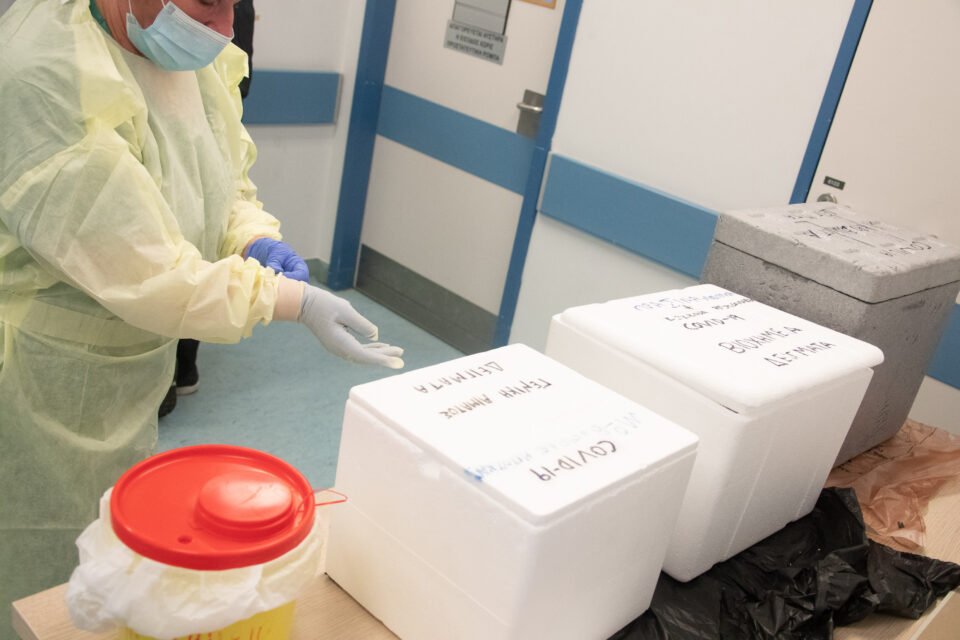 Three frontline health professionals who opted not to receive a vaccine have tested positive for coronavirus, as around 50 per cent of state hospital staff were unvaccinated, officials said on Tuesday.

One baby has also contracted the virus in the same hospital.

There was also a fourth case, which had already been isolated, according to the state health services organisation (Okypy) spokesman Charalambos Charilaou.

Charilaou said the nurses had opted not to receive a Covid vaccine, as it was not mandatory.

Okypy had put a programme in place to vaccinate all staff in state hospitals but “we haven’t achieved the goal. We haven’t reached very high levels of vaccine coverage of personnel,” he told Alpha television.

Charilaou said about 50 per cent of staff in state hospitals have not been vaccinated and there was not much Okypy could do.

Elia said none of the babies were in danger from the virus, adding they were currently treating five with Covid.

Three were being treated for other health conditions, while one had been infected during its stay at Makarios, he said.

Elia said staff and patients had been tested with the results being negative. The tests will be repeated, he said.

In Israel, hospitals have banned unvaccinated medical staff from coming into contact with high-risk patients or patients in general.

The Times of Israel reported in February that Hadassah had told health professionals who refused to vaccinate that they would be moved to administrative roles or any other positions it saw fit.

The move followed a health ministry directive calling for unvaccinated staff and students to be barred from working in certain departments across Israeli hospitals and in community healthcare.

They include wards for people in a state of immunosuppression, including oncology, pre-term infants and bone marrow transplant patients, the Times said.

The directive will be enforced by the ministry at government-owned hospitals, while others are urged to comply.

Okypy’s Charilaou said something like that would be impossible to implement in Cyprus because apart from legal issues, there was also the problem of personnel shortages.